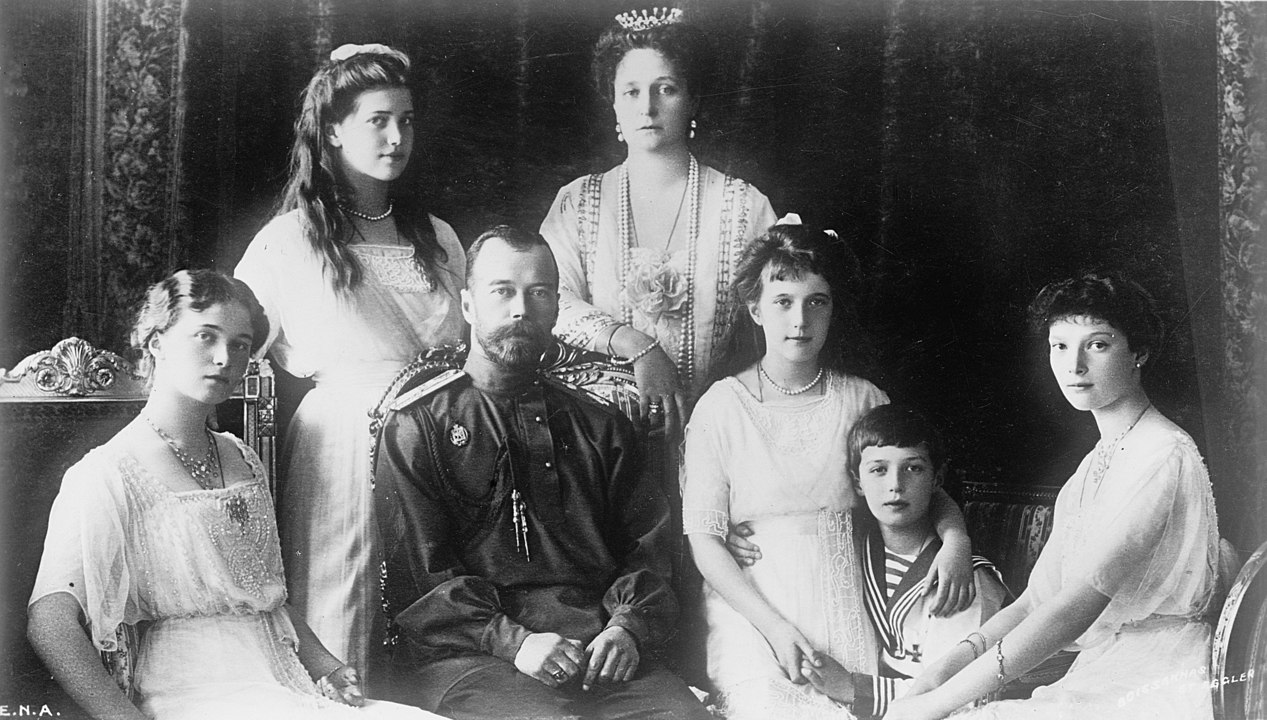 Throughout history, assassinations and assassination attempts have had a profound impact on the course of world events. Perhaps the foremost example is the assassination of Austrian archduke Franz Ferdinand by a Serbian nationalist on June 28, 1914 that proved the spark that ignited the conflagration of World War I.

Similarly, the unsuccessful assassination attempt on the life of Russian crown prince Nicholas Alexandrovich in May 1891 in the city of Otsu near Kyoto may have been a contributing cause of the Russo-Japanese War, even though the war occurred a decade and a half later when Nicholas was ruling the Russian empire as Tsar Nicholas II.


Who Was This Russian?

Nicholas was well educated and widely acknowledged as a devoted family man. His one discernible talent, however, was for consistently making the wrong decision in high stakes situations, in both domestic and foreign affairs.

The one guiding principle to which he adhered religiously was that Russia was to remain an autocratic state under an absolutist monarch — namely himself. For him, the overwhelming imperative was that he pass on to his descendants the throne he had inherited, no matter what the cost to the Russian people.

The egregious missteps and pig headedness of Nicholas led to disasters that cost the lives of tens of millions of individuals in several countries. Eventually, too, his actions led to the brutal execution of Nicholas himself, the last Romanov tsar, and his family at the hands of the Bolshevik goons in a basement in Yekaterinburg in July 1918.

To say that Tsar Nicholas II, ruler of all the Russians, did not like the Japanese is an understatement. Whenever Japan or the Japanese were even mentioned, he would invariably refer to them as "monkeys" and even would notate that racial slur on official documents.

It is not altogether clear whether his antipathy for Japan predated the Otsu Incident. Perhaps not, since Nicholas showed considerable interest in Japanese culture before reaching Otsu, even acquiring a dragon tattoo on his right forearm while in Nagasaki. But his close brush with death in Otsu certainly did not produce a Japanophile.

A Russian warship brought Crown Prince Nicholas, then aged 25, to Japan in the spring of 1891. He was accompanied by his cousin George, crown prince of Greece and Denmark, who was two years his junior. They were in the midst of a world tour en route to Vladivostok, where they were to attend the groundbreaking ceremony to mark the start of construction on the Trans-Siberian Railway.

On May 11, while staying in Kyoto, Nicholas and his party made a day trip to the Lake Biwa area. During the morning, they visited the Miidera Temple at the foot of Mt Hiei and viewed art treasures.

On their return to Otsu, their jinrikishas were passing along a street lined with policemen, when suddenly a member of the Shiga Prefecture security team assigned to guard their route of travel named Sanzo Tsuda unsheathed his saber and ran towards the rickshaw carrying Nicholas.

A skilled swordsman and former soldier who hailed from a family of samurai in Mie Prefecture, Tsuda aimed for the head. And although the crown prince was able to partially dodge the blow, the rogue policeman wounded the tsarevich twice — on the right temple and on the back of the head reaching to the bone.

The 9-cm gash on Nicholas's forehead left a permanent scar. He supposedly suffered from severe headaches during the rest of his life.

Nicholas' head wounds were bleeding profusely. He was taken into a nearby kimono shop to receive first aid, and then transported to the Shiga Prefecture Office where a doctor waited.

However, Nicholas adamantly refused to be treated by any Japanese doctor. Instead, he returned to his Kyoto hotel before going to Kobe, where he was treated by a doctor on a Russian warship in the harbor. The wounds, though serious, were hardly life-threatening.

The Japanese government dreaded the outbreak of hostilities, or at the very least a demand for heavy reparations, whether paid in money or territory. Six Russian warships had accompanied Nicholas to the Far East, and Japan hardly had a navy to speak of. The small island nation was totally unprepared to do battle with a world power like Russia.

The Meiji Emperor went by express train. rushing to Kyoto and then Kobe to apologize to Nicholas personally.

When he boarded the ship in Kobe harbor on which Nicholas was recuperating, government leaders fretted that he would be taken hostage. Those fears proved unfounded, since the Russian crown prince graciously accepted the emperor's apologies and eased his worries about retaliation.

Nevertheless, Nicholas cut short his stay in Japan. The aftershocks from the terrible incident appeared to be under control.

But what was Nicholas really thinking to himself?

The nation of Japan was tense but also deeply ashamed. Ten thousand condolence telegrams from both individuals and institutions poured in. And prayers were held at temples and shrines throughout Japan.

A 27-year-old woman named Yuko Hatakeyama even journeyed to Kyoto from the coastal town of Kamogawa in Chiba Prefecture and committed suicide as atonement by stabbing herself in the neck with a razor in front of the Kyoto Prefectural Office. In documents she left behind she apologized profusely for the assassination attempt.

The Japanese Cabinet wanted to try and execute Tsuda without delay through application of the Article 116 lese-majesty clause of the Criminal Code, even though that provision clearly only applied to Japan's Emperor, Empress and Crown Prince.

That panicky response drew immediate blowback from the legal community. The most appropriate charge was obviously attempted murder, which carried a maximum penalty of life imprisonment.

Despite tremendous pressure from the Cabinet, Kojima Iken, chief justice of the Daishinin (Supreme Court), flatly ruled out the death penalty. The court thereby established the principle of judicial independence and separation of powers.

It did compromise, however, by trying Tsuda directly and immediately, rather than allowing the case to work its way through the lower courts as would be the normal procedure.

Furthermore, Tsuda's mental condition was not really taken into consideration and he was not given a comprehensive psychiatric evaluation. The defense never even requested one. Newspapers that published articles on the sanity question had their publication immediately suspended.

Mental State versus State of the Nation

Officials could have argued to the Russians that no Japanese of healthy mind would ever have committed such a foul deed. On the other hand, the Russians apparently expressed doubts on that score. After all, anyone could fake mental problems and surely there were still many unrepentant proponents of the "expel the barbarians" philosophy in Japan.

If Tsuda had been declared mentally unstable, he would undoubtedly have been given a lighter sentence than life imprisonment. That might have served justice, but it might not have been judicious considering the diplomatic pickle Japan found itself in.

Instead, Tsuda was given a life sentence and shipped off to a prison in Hokkaido, where he conveniently died of pneumonia in September of the same year. Some sources say he starved himself to death. In the rush to sentence and imprison the saber-happy policeman, his motive was never clarified.

Remember: the Meiji Restoration had taken place just two decades earlier. Meanwhile, Japan was still worried about encroachment by the Western powers, especially Russia, which was active in Sakhalin.

Japanese newspapers ran stories prior to the arrival of the Russian crown prince and his military entourage, speculating that they were coming to spy, intending to scout out Japanese terrain in preparation for a future invasion. Tsuda might indeed have acted out of acute patriotic zeal.

But then too there were the rumors about the return of Saigo Takamori, one of the principal heroes of the Meiji Restoration. Although the "Great Saigo" supposedly committed seppuku on Shiroyama in Kagoshima in 1877 after the Satsuma Rebellion of diehard conservative samurai he had led was crushed by the Imperial Army, there were persistent rumors that he had escaped to the Asian mainland and was going to return to Japan.

Such rumors peaked in 1891, the year that the famous statue of Saigo in Ueno Park was erected. According to some of the rumors, Saigo had been living in Russia and would accompany Crown Prince Nicholas when he came to Japan.

He would then take revenge on those who had fought against him and his followers, by among other things stripping them of the medals they had received for valor in the fight.


Ultranationalist Fanatic or a Madman?

It just so happened that Tsuda had served in the Imperial Army during the Seinan War, the official name for the Satsuma Rebellion. Indeed, he had been wounded and won a promotion and medals for heroism.

In fact, shortly before the attack he supposedly told the husband of his younger sister that he was afraid that he would be stripped of his medals.

Tsuda was in the area around Miidera around 10:00 AM when Nicholas was there, at which time he reportedly became incensed when he saw two Russian soldiers from the Crown Prince's entourage sitting on a monument to soldiers who died in the Seinan War and otherwise acting "disrespectfully."

The assassination attempt followed around 1:50 PM.

Tsar Nicholas and the Battle of Tsushima

In 1894 Nicholas became tsar. In the years that followed he rejected advice from his veteran finance minister Sergei Witte to concentrate on gradual economic expansion in the Far East.

Instead, he favored the aggressive military stance in Manchuria and Korea advocated by the Bezobrazov group of political adventurers and greedy entrepreneurs who fed Nicholas dreams of a new Russian empire in East Asia.

Witte warned that backing Japan into a corner would mean war. That was especially true in Korea, which Japan considered "a dagger pointed at its heart."

The Tsar and his other advisors contemptuously dismissed any suggestion that Japan could stand up to Russia. Clearly, the animus of Nicholas towards the Japanese played a role in this arrogant dismissal of Japan's interests on the continent.

Witte proved right. The result was the Russo-Japanese War, the Battle of Tsushima, the fall of Port Arthur after a bloody nine-month siege, and the first defeat of a Western power by a non-Western country.

According to Barbara Tuchman's classic study The Guns of August, when a telegram arrived reporting that the Baltic Fleet had been annihilated in the Tsushima Strait, Nicholas was on the tennis court. He glanced at the message, stuck it in his pocket and went back to playing tennis.

The litany of other errors made by Nicholas II in the following years defies belief. Rasputin. Rushing willy-nilly into World War I. His efforts to subvert Russia's transition to a viable constitutional monarchy and undertake reforms before the empire descended into anarchy.

These events paved the way for the Bolshevik revolution of 1917, which in turn helped stoke the fires of fascism and Nazism in reaction.

The Gulag, the Holodomor, World War II and the Holocaust followed.

Might history have taken a very different course if Tsuda Sanzo had not wielded his service saber in Otsu that fateful day in May?

John Carroll is a Kyoto-based freelance writer and JAPAN Forward contributor. He is currently writing a book on the religious traditions and superstitions of Japan's ancient capital. Find his essays and reports at this link.