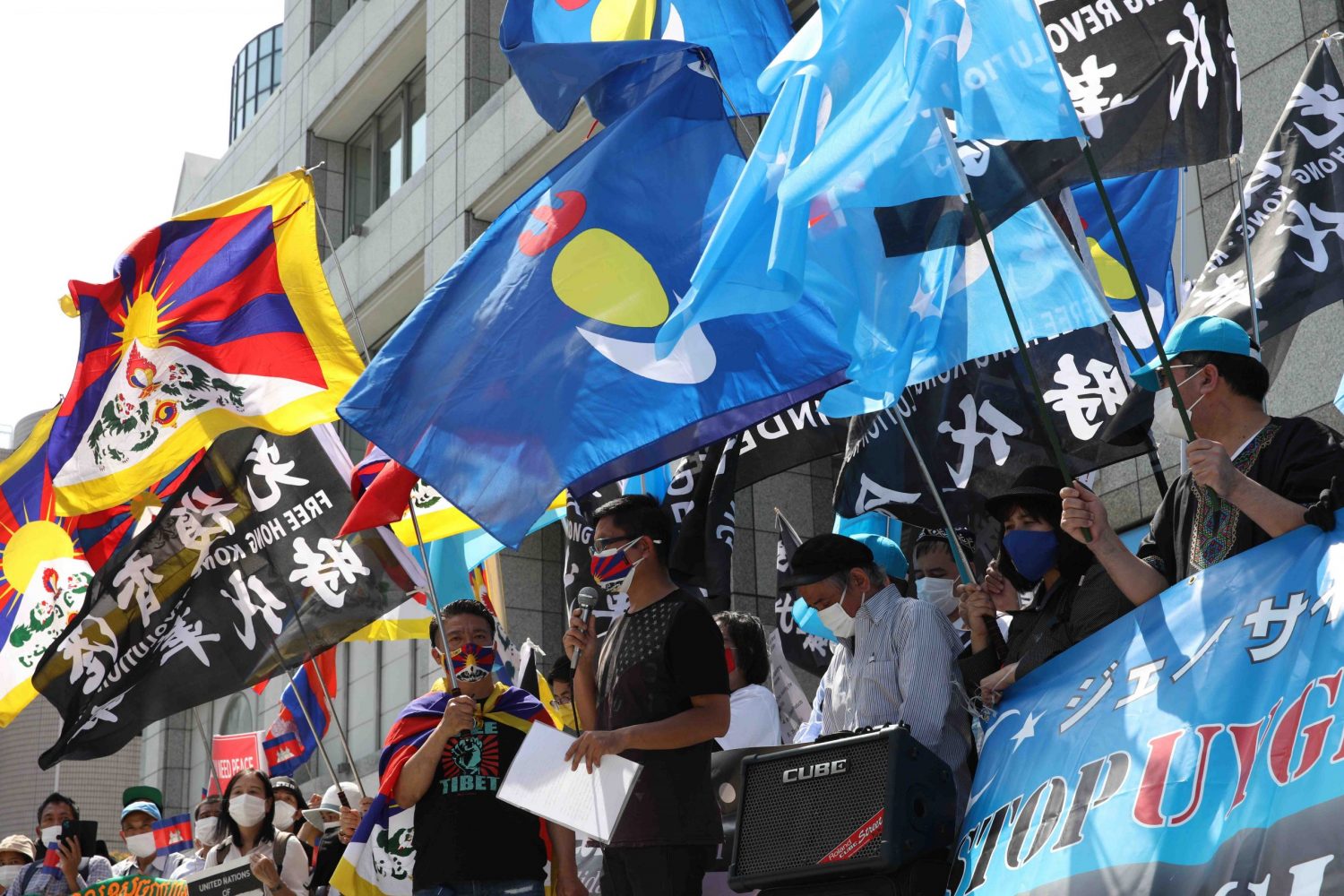 A senior official at a Japan-based organization that represents Tibet’s government-in-exile has told the Sankei Shimbun about the harsh reality of China’s crackdown in Tibet.

Arya Tsewang Gyalpo of the Liaison Office of His Holiness the Dalai Lama for Japan & East Asia also spoke about the tight controls over information in the Tibet Autonomous Region.

Moreover, he asked Japan and the United States to help tackle the violation of human rights in Tibet.

Ever since the large-scale demonstrations in Tibet in March 2008 (Tibetan unrest) against the Chinese government’s religious oppression, the Chinese authorities have cracked down through ways such as banning Tibetan language study — with demonstrators continuing to self-immolate in protest.

“It’s a mistake to assume the situation in Tibet is peaceful, simply because there is not much negative information coming out of the region,” said Arya, in reference to the lack of coverage on Tibet compared to that on the Uyghur people.

In the Tibetan capital of Lhasa, police stations have been set up all over the city, and a system has been established whereby citizens monitor each other. The situation is reminiscent of the Chinese Cultural Revolution of the 1960s and 1970s.

Notably, when Prime Minister Yoshihide Suga held summit talks with U.S. President Joe Biden on April 16, the conversation not only focused on Hong Kong and the Xinjiang Autonomous Region, but also on Tibet.

“I want Prime Minister [Yoshihide] Suga to work with President [Joe] Biden, and for Japan and the U.S. to tackle the human rights issue in Tibet,” said Arya.

Excerpts from the interview follows.

The Chinese government promised to improve the human rights situation when China hosted the 2008 Beijing Olympics. How did it go?

The situation has gotten worse. The Tibet Autonomous Region has become a police state. In Lhasa, police stations have been placed across the city like convenience stores, and the stations monitor the citizens.

Moreover, the authorities have set up surveillance groups to ensure that there are no demonstrations. As a result, people no longer trust each other, which is reminiscent of the situation during the 1960s Cultural Revolution.

The Chinese government’s aim is to stop Tibetan people from coming together in numbers.

Is it true that since 2009 more than 150 people such as monks have self-immolated in protest against the Chinese authorities’ religious and human rights crackdown?

Since about 2010, many people, including students, have demonstrated against China’s ban on Tibetan language-related study. These demonstrations have made the news. However, China’s grip is much tighter now and even peaceful demonstrations are no longer possible.

In September 2015, a 26-year-old self-immolated in protest — an incident that was witnessed by many people. After the event, three of the protestor’s relatives were detained by the authorities, and their whereabouts are still unknown. However, this information only came to light in January this year, about five years later.

So, is information in Tibet controlled that tightly?

Currently, information very rarely comes out of Tibet and people do not leave. Similarly, no information or people come into the region.

Tibetans like myself who are overseas were told by relatives and acquaintances several years ago never to phone home. If people in Tibet talk privately, the authorities will suspect that they have leaked information about the government, and who knows what the authorities will do to them.

It seems as though there is less coverage of Tibet, compared to the Xinjiang Autonomous Region.

Yes, but people shouldn’t assume that the situation in Tibet is peaceful because of the minimal coverage. Not much information comes out of North Korea either.

If you say that Tibet is like North Korea in this sense, then people might understand better. The person who turned Tibet into a police state is Chen Quanguo, who was party secretary of the region from 2011 to 2016. He is now in charge of the Xinjiang Autonomous Region. It is said that information is still coming out of Xinjiang because Chen Quanguo’s policies have not yet been fully realized there.

Last year, more than 500,000 people, such as farmers, in Tibet underwent military training. They were transferred inside and outside the region, according to an American think tank. Is it a situation that resembles Xinjiang?

More than 70 years have passed since China’s invasion of Tibet. On the surface, Tibet appears to be Chinese. However, Tibetans consider their own language and culture to be important, and their soul, thinking, and loyalty cannot be found in China.

By using the military to train, brainwash, and relocate people, people’s identities become confused. The Chinese government says they are doing this to tackle poverty, but the reality is extremely frightening.

Is Buddhism at the core of Tibetan identity?

The Chinese government is trying to control Tibet’s Buddhist traditions. It is trying to intervene with major decisions, such as appointing the successor of the Dalai Lama. This is destruction of Buddhist culture, this is religious persecution.

Is this an internal problem in Tibet, as China stresses?

This is not an internal problem. This is an issue concerning human rights, religion, language, environment, freedom, and justice.

Right now, China is attacking values such as freedom and democracy. We must change China’s ways by linking with the global community on widely respected values, for the benefit of our children and also for China.

I want [Prime Minister] Suga to work with [President] Biden on the issue of human rights in Tibet, and for Japan and the U.S. to help improve the situation.

Learn more through the Liaison Office of His Holiness the Dalai Lama for Japan and East Asia at this link.

Born in India, Arya Tsewang Gyalpo joined Tibet’s Department of Finance in 1988. He became the Representative of the Liaison Office of His Holiness the Dalai Lama for Japan & East Asia in October 2020, after holding similar, more junior roles in Japan and New Delhi. He earned a PhD from the Department of Buddhist Studies, University of Delhi.

(Find access to the special Sankei Shimbun article in Japanese at this link.)