Is Admitting More Foreign Workers the Only Economic Lifeline for Japan? 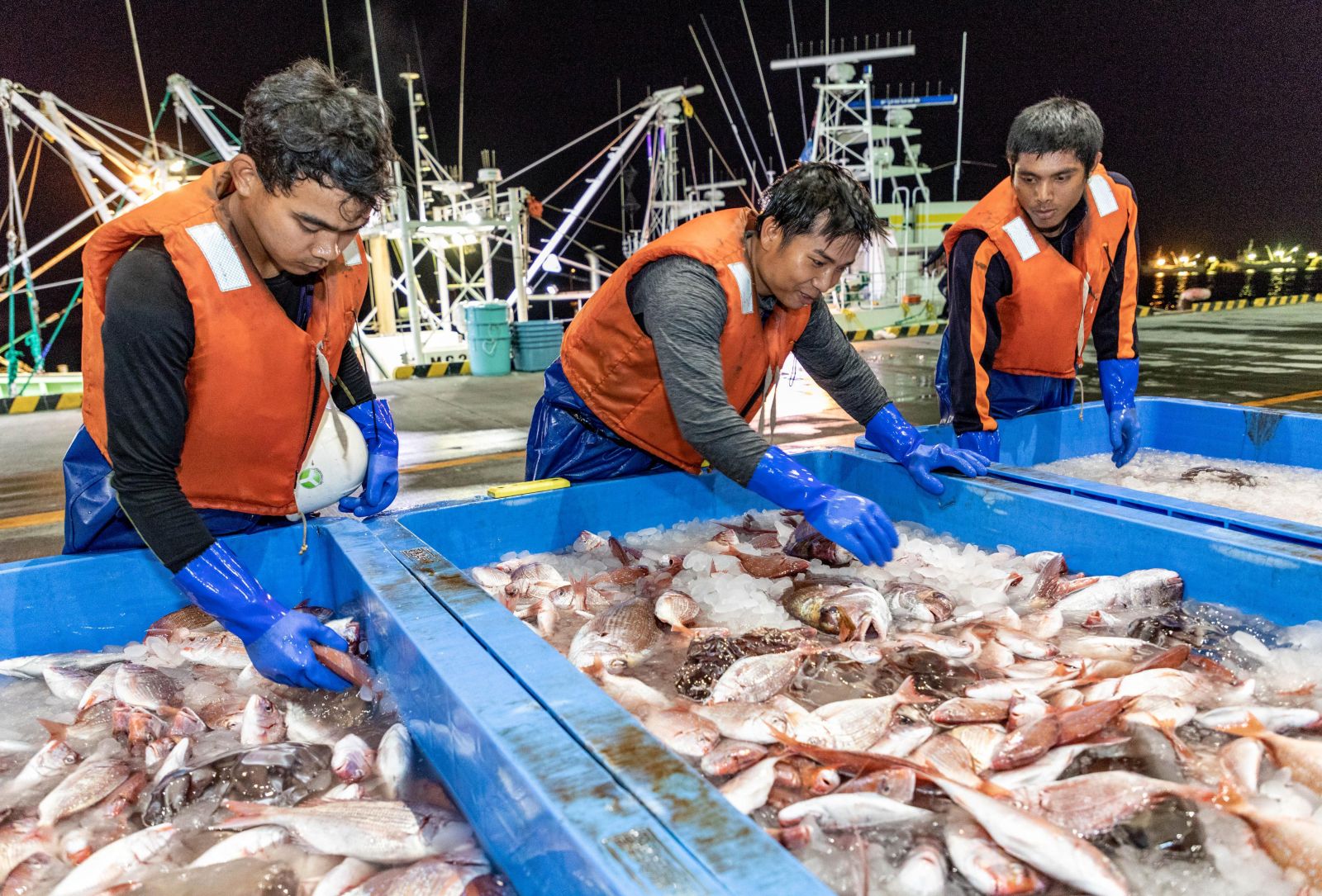 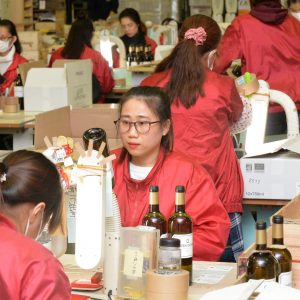 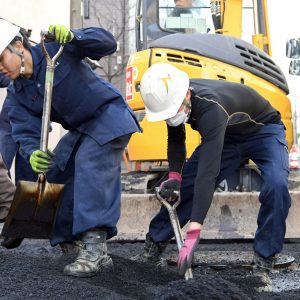 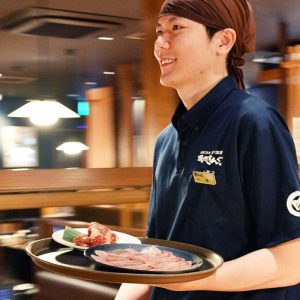 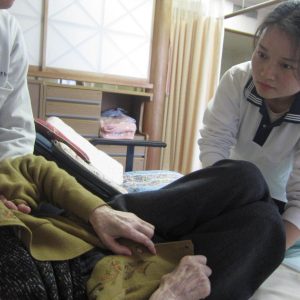 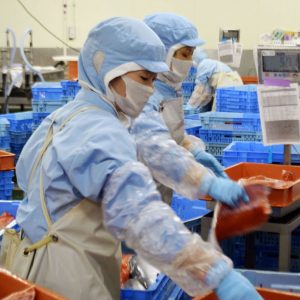 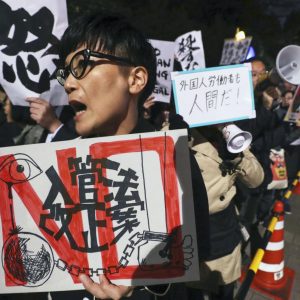 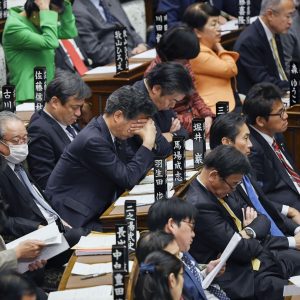 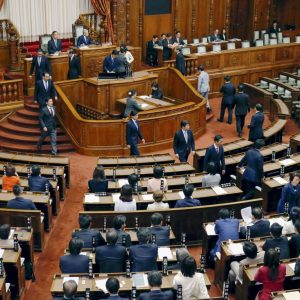 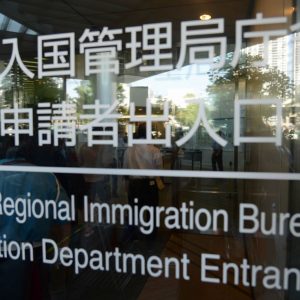 The administration of Prime Minister Shinzo Abe has begun a drastic policy shift toward accepting a massive number of foreign workers. The Diet has just approved the bill creating new foreign visa residency categories, which has raised concerns it would pave the way for unskilled labor.

Under the envisioned new visa system, those foreigners who have a certain level of Japanese language and job skills would be eligible for  “Category One” worker visa status and more easily able to enter Japan’s workforce. The changes would pave the way for an influx of unskilled foreign workers, who have not been eligible for work visas in the past.

Under the proposal, the limit of a Category One worker’s stay in Japan would be set at a maximum of five years and family members would not be permitted to accompany them to Japan.

Prime Minister Abe has denied that Japan is shifting from its traditionally immigration-shy policy and the conditions attached to Category One worker visas are designed to accentuate that the visas granted under the new law would be exceptions to, rather than a change of, Japan’s existing immigration policy.

Indications are, however, that the reality of foreigners working in Japan under this system will make it difficult to distinguish them from immigrant workers. This is because the new visa system envisioned by the government comprises two categories of resident status: Category One and Category Two.

Among “Category One” workers, those who demonstrate they have acquired a high level of Japanese language proficiency and a high degree of job skills would be eligible to apply for “Category Two” status.

Once an individual is certified as a Category Two worker, they would be granted de facto permanent residence status. This change would enable them to bring in family members, subject to screening and other formalities on a routine schedule.

If people from countries with high birth rate cultures are permitted to settle in Japan permanently, it is conceivable that Category Two workers would invite many members of large families in their home countries to join them in Japan.

While the planned lifting of a ban on unskilled foreign workers marks a drastic break with the current policy, opening the way for granting permanent residency to workers from overseas threatens to radically alter the composition of this country.

The government has been seeking to carry out this drastic shift in policy in quick sequence, before the general public understands the consequences. This, in turn, has caused more than a few people to feel a “sense of danger.” Even within the ruling coalition, views have emerged suggesting some coalition members are wary of the potential impacts of the government’s move.

The Abe administration’s scrambling for expanded acceptance of foreign workers comes against the backdrop of legitimate concern over acute and chronic labor shortages. These are caused by an aging population, combined with the diminishing number of children. Chief Cabinet Secretary Yoshihide Suga, on this point, has stressed, “It is urgently necessary for this country to craft a framework for taking in a broad spectrum of industry-ready foreign human resources.”

Foreigners Could Outnumber Japanese in Some Communities

Despite the need for workers, taking in foreign workers on a massive scale and acknowledging their access to permanent residence could have a broad range of repercussions in Japanese society.

There is no room for denying the irreparable consequences of Japan’s rapidly shrinking population. However, there is a need for Japanese communities to participate in in-depth discussions on the future ramifications of expanding the population through an increase in foreign workers before the decision are made. And, arrangements should be in place for effectively managing the problems likely to arise.

Allowing family members of foreign workers to settle in Japan raises issues requiring careful consideration. Under the proposed changes, the possibility arises that foreign nationals in Japan would increase to many times the size of Japanese working-age population. In areas where populations have been sharply declining, there could be cases of foreign residents outnumbering Japanese residents. It can also be expected that foreign residents, should they account for a significant portion of an area’s population, would call more vigorously for voting rights in local elections.

Arguments coming from within the government, however, have focused solely on effects of increases in foreign workers in helping alleviate manpower shortages at hand and not on the significant social and cultural issues that follow.

Dependence on Foreign Workers Can Lead to Disruption

It is also worth thinking about what would happen if the number of workers coming from abroad falls short of meeting a government-set numerical target.

If many foreign workers arriving at a constant pace take up residency in Japan, Japanese society will eventually become reordered under the premise of their rising shares in the labor market. At the same time, the possibility cannot be ruled out that diplomatic conflict between Japan and their home country or other incidents might cause foreign workers to return home en masse, severely affecting the industries that have come to depend upon them.

Foreign workers have been especially sought after by the industrial sector, where Japanese recruits can hardly be found. The greater the number of foreign workers in those sectors, the more industries would become unable to run their business without the workers from abroad. Should businesses become so dependent that they cannot operate without counting on foreign workers, Japanese society risks suffering a major disruption. It should be kept in mind in this connection that the working-age population of Japanese at that time will surely have shrunk further compared to now.

Scope of Foreigner-Dependent Industries is Expanding

Progress in taking in foreign workers is bound to delay the remodeling of Japan’s society as it braces for the facts of a dwindling population. All in all, the government’s idea of accepting workers from overseas on a large scale are based on the concept of maintaining unchanged the current population and conventional model of business operations in Japan. These efforts, however, are destined to end in failure.

Most worrisome is the fact that, in response to pleas from an increasing number of businesses for access to foreign workers, the government is poised to expand the scope of industries eligible to employ foreigners under the Category One resident status.

Originally, the immigration law revisions were to be limited to the “five sectors of agriculture, nursing care, construction, accommodations and shipbuilding, with a view to boosting the number of foreign workers in these sectors to more than 500,000 by about 2025,” according to a knowledgeable official.

Industries on the candidate list for employing foreign workers under the proposed visa system, however, number nearly threefold the original number.

With Japan’s working-age population predicted to decrease by 10 million or more in the coming decades, requests from various industrial sectors for access to Category One foreign workers are bound to increase in the future. To respond favorably to industry requests,the government will find it necessary to accept several hundreds of thousand new foreign workers, year after year.

Which countries can continue sending out such a large number of their citizens?

What’s the Alternative to Dependency on Foreign Workers?

Admitting that the employment of foreign workers is effective as a short-term measure to make up for labor shortages, viewed from medium- and long-range perspective, doing so cannot help but be accompanied by massive “uncertainties.” Moreover, the demographic shift will also add fuel to the spiraling rise in unanticipated demands on Japan’s national health and other social security programs.

Can expanding acceptance of workers from abroad truly throw a lifeline to Japan without addressing other aspects of this country’s future challenges?

It is far more advisable, in my view, for Japan to place priority without delay on reshaping society to make this country a “nation resilient in the face of the dwindling population,” instead of deepening dependency on people from overseas.

The moment Japan gives up on the goal of population “shrinkage with a strategic vision” can only mark the time this country would begin to go the way of obsolescence.