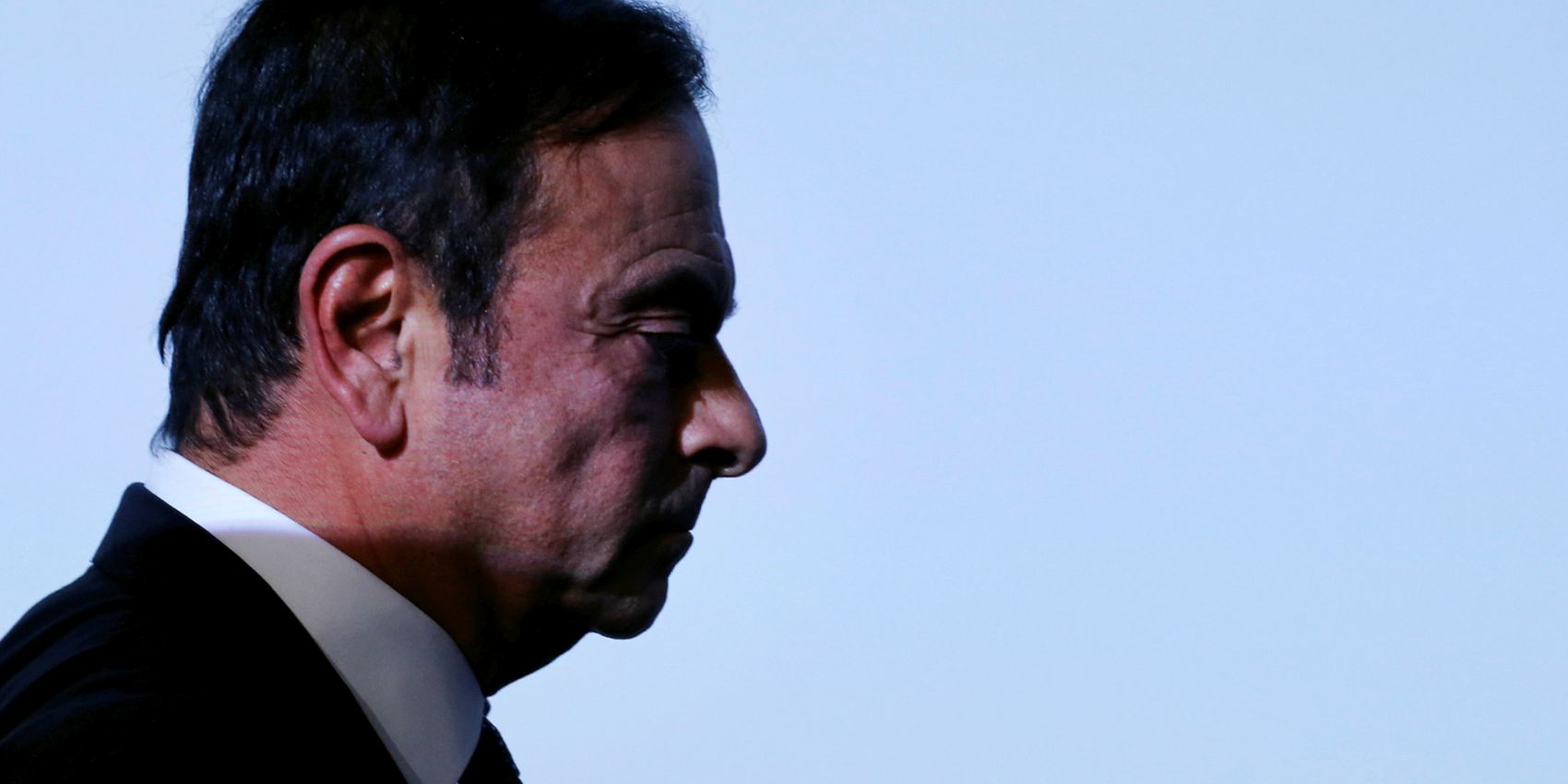 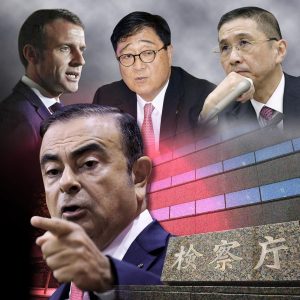 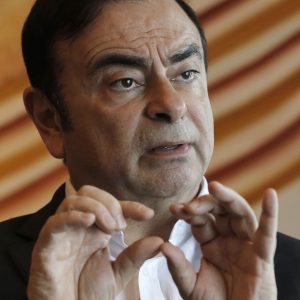 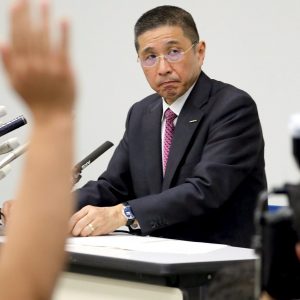 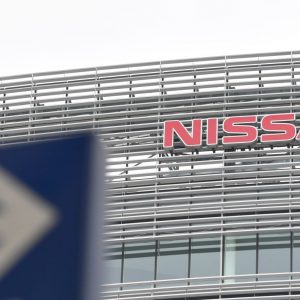 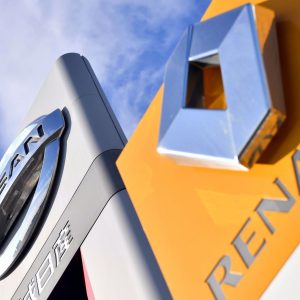 Nissan Chairman Carlos Ghosn being frog-marched from his private jet to the Tokyo Detention Center — Japan’s equivalent of a Chinese “black prison” — on November 19 didn’t smell right from the beginning.

Claiming this was just Japan Inc. showing impartial and newfound interest in good corporate governance was a weak cover story.

A Western businessman with several decades in Japan noted: “The thin gruel of ‘misdeeds’ that they’ve put forward to date as justification is laughable. Reads like any day at the office for many [Japanese] CEOs. The Japanese business establishment crushes everything that threatens its worldview and privileges.”

Another experienced fellow added: “During my time in Japan, I met the CEOs and managing directors of a variety of companies and a few were wonderful people, but a lot were not. Transport companies, travel agencies, financial institutions, trading companies — in cahoots with the yaks (Yakuza) — abused their expenses, went on company paid junkets, received kickbacks, got laid on the company tab.... I don't know what Ghosn did, but I doubt it would have come close to what is normal behavior for many of his Japanese counterparts.”

Indeed, there’s a troubling suspicion that Nissan insiders conspired with parts of the Japanese Government (GOJ) to rid the flagship Japanese carmaker of foreign influence — and prevent a potential merger with Renault, the French automaker.

Nissan CEO Hiroto Saikawa — Ghosn’s longtime protégé and chosen successor — claimed he had no idea what Ghosn was doing. At the post-arrest press conference, Saikawa was stone-faced and majime (serious) — as Japanese executives and officials always are in such cases. Watch enough of these performances and they have the believability of Bill Clinton biting his lip and then swearing something is true, and hoping people believe it.

Saikawa described Carlos Ghosn as veritable corruption on earth, as an Iranian mullah might say, because of which Nissan needed to be purified of Ghosn.

Then a few days later, at a company town hall meeting, he complained that Nissan’s relationship with the French was “not equal” and that now was a good opportunity to review the alliance. He perhaps let the cat out of the bag.

How the Ghosn Case Differs from Other Cases

However, it’s still unclear why Ghosn’s enemies chose to destroy him rather than just push him out.

One imagines there is no little personal animus involved here. As one American commented, “One of my top three takeaways [from many years in Japan] is that the more capable you are as a foreigner in Japan, the more despised you are likely to become.”

Yet, Japan Inc. is usually content to send the Westerners packing — with a little humiliation as part of the deal — rather than imprison them.

Some cases in point:

The repeated ritual humiliations of CITIBANK executives in the 2000’s — as CEO Charles Prince and other senior Western executives were summoned to Tokyo more than once to bow and apologize in front of the assembled press — while having business suspended and being lectured about the need for foreigners to follow the rules in Japan.

This, despite nearly every other Japanese financial institution doing the same things — and worse — to include one bank that was a virtual arm of Japan’s largest Yakuza group.

CITIBANK eventually sold off most of its Japan operations. As one observer noted, CITIBANK’s real problem was being “too successful.”

And then there’s the 2011 Olympus scandal. The famous camera company appointed an Englishman named Michael Woodford as president, presumably thinking he would be content with first-class trips to Tokyo, a nice office and chauffeur, and being complimented on his chopstick skills. Instead, he exposed serious financial wrongdoing at Olympus involving well over billion dollars.

Woodford’s reward: Olympus’s top executives and even some of the Japanese press declared he was just a “foreigner who doesn’t understand Japan.” Then they smeared and intimidated him.

After a week or two some of the truth came out vindicating Woodford, mostly owing to efforts of the foreign media. The GOJ did, however, suppress clear evidence of underworld involvement with Olympus executives, and some informed observers claim that Mr. Woodford was lucky to get out of Japan alive.

Then there was the mid-2000’s case of Steel Partners, a United States activist hedge fund that made efforts to acquire a popular pork cutlet sauce maker. The case showed how Japanese industry, officialdom, and the courts will often circle the wagons when Westerners come along with money and ideas about improving Japanese corporate performance. In this case, once the court declared Steel Partners an “abusive acquirer” rather than actually applying the law, it was time to leave.

And Westerners in the sports world can get the same treatment when they are no longer a hot commodity. Take Bobby Valentine, the brash, highly-paid former manager of the Lotte Marines baseball team. When the Lotte management suddenly turned against him, he was on the receiving end of a fierce intimidation campaign, including accusations of financial improprieties and other wrongdoing, to drive him out.

Reflections on the U.S.-Japan Military Alliance

Beyond all this, the Ghosn case is also a reminder that Japan’s curious attitudes towards Westerners reflect in the decades-old U.S.-Japan military alliance.

An American officer with many years in Japan remarked: “Whenever there is a negative derivative in ANY context related to defense or alliance matters, GOJ will always find a way to blame the U.S. government.”

Indeed, when an accident or incident happens involving U.S. forces, the Japanese government usually attempts to publicly humiliate the U.S. military leadership — and sometimes even the U.S. ambassador — demanding they shape up and understand Japanese sensitivities and stop scaring the Japanese people who are kind enough to tolerate their presence.

After the 2017 collision of the USS Fitzgerald with a cargo ship near Yokohama which killed a number of American sailors, Tokyo showed scant sympathy. Instead, it chastised the Americans for carelessness and demanded the Japan Coast Guard be allowed to investigate the incident. There are many such examples.

One might suggest that in the case of Mr. Ghosn saving Nissan in 1999 and the U.S. military’s decades long presence in Japan, Japan’s ruling class is glad to have Westerners protect them when they are in trouble, but that’s about all.

In unguarded moments, Japanese politicians have contemptuously referred to the Americans as “guard dogs.” Give them a bone now and then and they’ll protect you. Indeed, the years-long pressure to eject American forces from Okinawa — and the refusal of other localities in Japan to host them — suggests an attitude of, “We don’t want to live with you…but we expect you to come die for us when we snap our fingers.”

This grates. Yet GOJ appears oblivious — or lacking “empathy,” to use the current hip expression — if it even cares.

One imagines there will be other unintended consequence of Mr. Ghosn’s arrest, but one in particular comes to mind. Japan desperately wants to be included in the “Five-Eyes” intelligence-sharing group, whereby the U.S., the United Kingdom, Canada, Australia, and New Zealand collect and share sensitive intelligence.

However, there is plenty of opposition to Japan’s entry. It is considered too different culturally and not entirely reliable.

The Japanese government should know that to be allowed into the innermost sanctum of Western intelligence it helps to like Westerners – or at least act like you do.

Putting Carlos Ghosn (and the American Greg Kelly) into the Tokyo Detention Center probably ruined Japan’s Five-Eyes prospects for a good long while.

The full truth of what Nissan and the GOJ had in mind in arresting Ghosn, and especially who gave approval at the government and political levels, probably won’t come out. Such things rarely do in Japan where investigative reporters are scarce and have trouble getting published anyway.

But this remarkably obtuse behavior is perceived even by Japan’s friends, rightly or wrongly, as xenophobia bubbling to the surface.

An explanation is best left to the anthropologists, but one American student of things Japanese might be in the ballpark: “In Japan, Japanese complexes vis-à-vis foreigners go back to the 1500s or earlier. But you can still find lots of evidence of their tendency to prefer to be amused/entertained by foreigners rather than supervised by them.”

This all will eventually blow over, but it'll leave a bad taste.

Some stories are fun to write. This one was depressing.

Grant Newsham lived in Japan for over 20 years and is a retired U.S. Marine Officer. He did more to defend Japan — literally and figuratively — than most people.