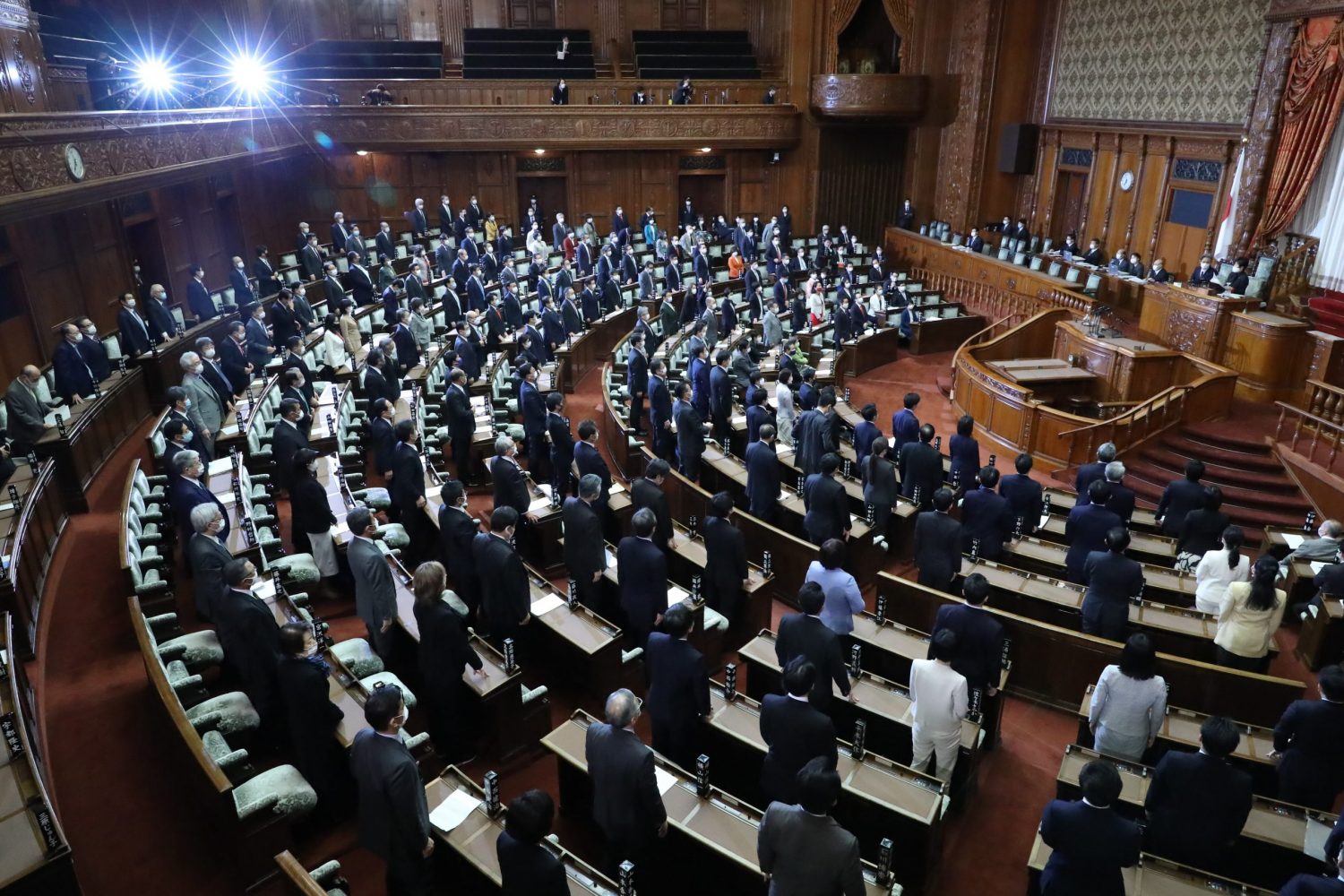 In a historic moment on February 3, the Japanese government approved an amendment to the Special Law for the Prevention of Infectious Diseases in a move that will make way for stronger measures in the fight against COVID-19.

The changes allow financial penalties for businesses  that don’t comply with the recommended closing hours, among other measures.

The law was approved on the evening of February 3 in a plenary session of the House of Councillors, the upper house of the National Diet, after record speed in deliberations which had started on January 29.

The new measures are set to come into effect on February 13, and some of the implementation details are still being ironed out.

Setting aside details that are still being confirmed, Yasutoshi Nishimura, the Minister of Economic Revitalization, said during the February 3 session: "We will listen to the opinions of experts and then make decisions. And we will operate with due consideration for individual privacy rights. We will proceed with care, understanding the issues faced by the business owners."

What Changes Under the New Law

The law is a revision of the Special Law for the Prevention of Infectious Diseases, which covers measures the government can take to manage an outbreak or similar emergency at the stage before a state of emergency is declared and after one is put in place.

Although the details of when an emergency would trigger the availability of these measures is yet to be ironed out, it’s anticipated that they could be used when there is a serious level of infection, such as Stage 3 out of the four-point scale designed by the government.

Limiting Hours: First of all, it allows local governments to put in place special measures, such as requesting restaurants to modify operating hours, even without calling a state of emergency.

Option to Order Compliance: In addition, until now local governments only had the authority to ask businesses to cooperate, but no way of punishing them aside from publishing publicly the name of the business and hoping that peer pressure would incite cooperation.

Power to Investigate: Under the changes, local governments could order non compliant businesses to follow orders to reduce operating hours, and would have the power to investigate whether businesses are doing so or not.

Fines for Noncompliance: If, without good reason, the business doesn’t cooperate, then local governments could follow certain procedures and impose fines. The amount of fines would differ, depending on whether the prefecture is currently under a state of emergency.

Under a state of emergency, businesses that don’t cooperate with reduced operating hours could suffer a fine of up to ￥300,000 JPY ($2,857 USD).

If a state of emergency is not in place, businesses that don’t comply with the norms recommended by the local government could incur in a smaller financial penalty of up to ￥200,000 JPY ($1,905 USD).

Financial Assistance to Cooperating Businesses: The government recognizes that many businesses have been facing serious financial strain after fighting against COVID-19 for nearly one year, and thereby some have chosen not to comply with the recommended measures in order to stay afloat financially.

Therefore, on the flip side, the government has also used this opportunity to pledge a certain level of financial assistance to those who require it.

Another category affected under the new law is that of patients who don’t comply with a recommendation to be admitted into hospital, or who don’t undergo a physical examination when advised to do so by their physician.

Finally, according to Japan’s NHK national broadcasting agency, greater authority is given to the quarantine inspector. This follows reports of increasing incidents of those entering (or re-entering) Japan failing to respect the prescribed period of quarantine at home.

Quarantine Compliance: Should entrants to Japan not comply with the mandatory quarantine of 14 days, they could be asked to spend time in a designated lodging instead. If they do not comply with such request, they would run the risk of facing a fine of up to ￥1 million JPY ($9,525 USD), or up to one year in prison, or both.

Historic Changes, but Why Now?

The changes to this law are historic because, until now, Japan lacked the legal framework for measures stronger than requesting the cooperation of businesses and citizens with the suggested COVID-19 measures. There were no penalties for failure or refusal to comply.

Japan in fact does not have the legal framework to impose a lockdown on its citizens, unlike other countries. The new measures are the first legal teeth for fighting the spread of COVID-19 since the start of the fight.

Changes to the law were spurred by the particularly difficult situation Japan found itself in with the rising number of COVID-19 infections from late 2020. While the government had been tackling it using voluntary measures and recommendations, the population, especially in the large cities, appeared to be experiencing corona fatigue, and had been less cooperative than during the April 2020 state of emergency.

The newly approved law was the result of numerous consultations among the members of the various parties in the National Diet, which led to a scrapping of proposed criminal punishments such as prison sentences for non-compliant patients.

It comes a day after Japan extended its second state of emergency, declared on January 7, until the first week of March.