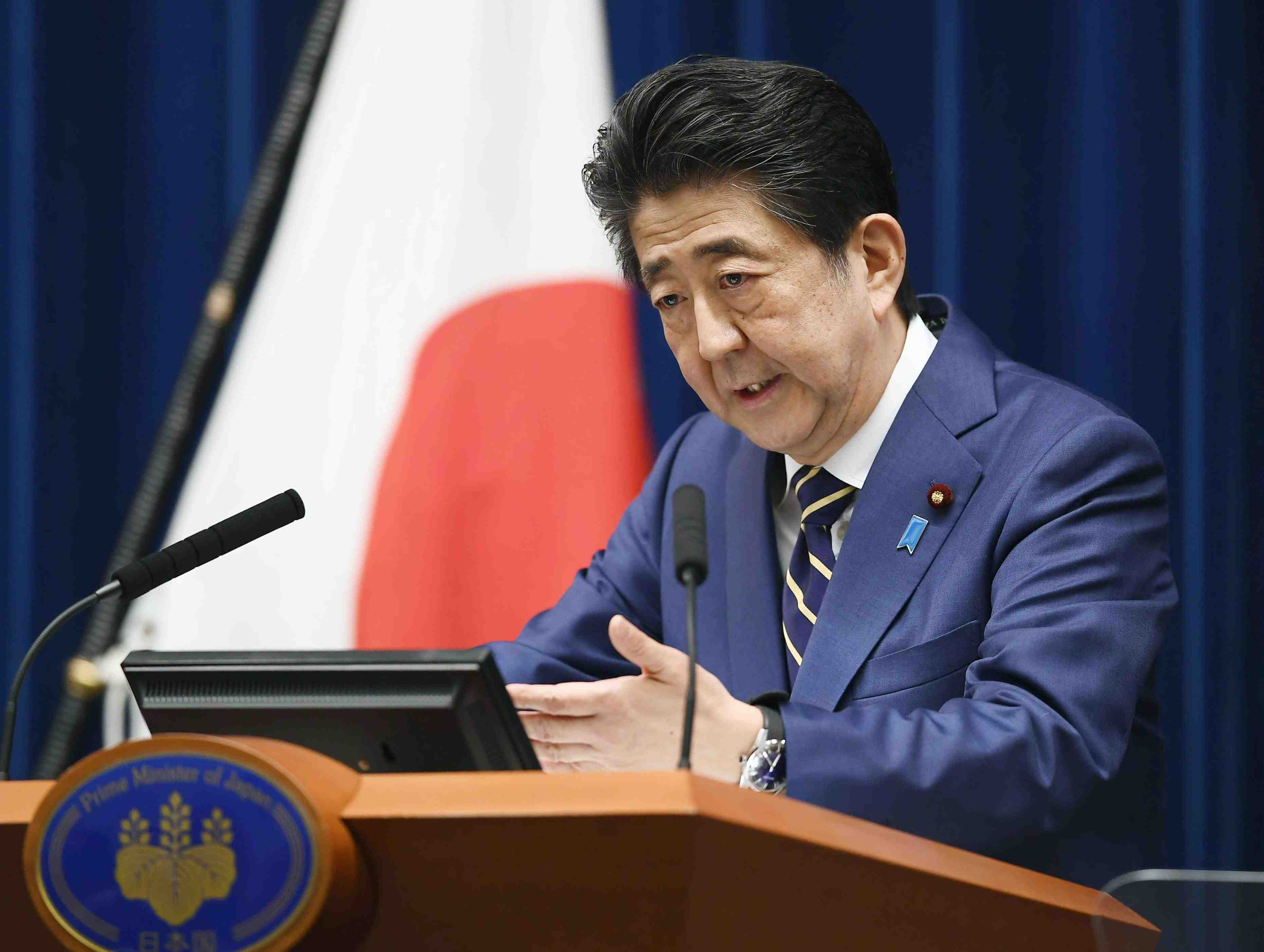 The current fight against the novel coronavirus is only the latest in a series of challenges that Japan has had to face in the 75 years since the end of World War II. There was, for example, the long post-war road to economic recovery and the collapse of the “bubble economy.” And there were frequent natural disasters.

But one thing has remained completely unchanged: the Constitution of Japan, which took effect on May 3, 1947, during the Occupation.

The coronavirus crisis has made it abundantly clear that Japan lacks the legal tools, beginning with the Constitution, to deal with major disasters.

Prime Minister Has ‘No Binding Authority’

On January 29, an All Nippon Airways plane carrying some 200 Japanese passengers landed at Haneda International Airport in Tokyo.

This was the first flight carrying Japanese evacuees from Wuhan, the Chinese city in Hubei province where the contagion apparently originated. Staff from Japan’s Ministry of Health, Labor and Welfare were on hand in the arrival lobby “to request” that the returnees go to a medical facility in Tokyo to be tested for the highly communicable disease. However, two of the passengers returning from Wuhan adamantly refused, and returned to their homes. As a result, unease spread among the Japanese public that “people who were probably infected were out and about in Tokyo.”

The following day, Prime Minister Shinzo Abe was questioned during a session of the Upper House Budget Committee. He could only reply: “They were reasoned with for quite a long time, but the government has no legally binding authority [to order medical examinations]. So that, unfortunately, was the end result.”

Health Minister Katsunobu Kato echoed the Prime Minister when he declared, “We did everything we could with the legal power we have.”

The government had to admit, however, that it had not required the passengers on that first evacuation flight to promise to be tested for the virus before boarding. Still, the situation did not really change for later flights, as the passengers could only be strongly encouraged to be tested. Abe said that was because of concerns about issues related to possible infringement of individual rights.

The Risk of Relying on Voluntary Cooperation

On March 20, a Japanese teenager who had been traveling in Spain returned to Japan and underwent a PCR screening test for the coronavirus at Narita International Airport near Tokyo. Although she was advised to self-isolate until the results were known, the woman instead went to Haneda Airport, where she caught a domestic flight back to her home in Okinawa prefecture. Later, it became known that she had tested positive for the virus.

An even more shocking development occurred in Saitama prefecture on March 22, when around 6,500 fans gathered for a K-1 (martial arts) fight event. Three days earlier, a government panel of experts had urged caution in holding such events. Prefectural authorities also directly entreated the promoters of the event to exercise self-restraint for the public good.

But, as Saitama Governor Motohiro Ono lamented at a press conference: “Since we had no power to enforce our requests, all we could do was plead. But they just turned a deaf ear to our appeals.”

The situation did not change drastically even after Tokyo issued a state of emergency declaration on April 7. All the central government could do was “request” that people refrain from going outside unnecessarily. If people chose to disobey, they could not be punished.

That stands in sharp contrast to France, where a special directive was issued, ordering people to stay home, except for food purchasing and other essential activities, and requiring them to carry identification if they went out. French police were on constant patrol, and anyone caught violating the order could be slapped with a fine of up to €3,750 euros (over $4,000 USD). Japan lacks the legal framework to compel self-isolation like this.

We Should Not Wait for Victims

Has Japan learned from history, or is it always trying to play catch-up?

A look at the record of natural calamities and other major disasters shows that invariably the nation has faced circumstances that were not envisaged under existing law, and that changes to the system had to be made after the fact.

After the Great Hanshin Earthquake struck Western Japan on January 17, 1995, motorists who were either trying to escape the area or ascertain the safety of others clogged up the main highways to such an extent that ambulances, fire engines, and Self-Defense Force vehicles could not reach the disaster sites.

It was only 11 months later that the Basic Act on Disaster Management was revised to provide for measures to restrict the movement of non-essential vehicles during such a disaster. This act originally had been established in 1959 in the wake of the devastating Ise Bay typhoon, and, like the Hijack Prevention Law and the Act on Special Measures Concerning Nuclear Emergency Preparedness, it had only been enacted after a crisis had already arisen.

Wouldn’t providing the government with authority before a disaster reduce the number of casualties?

The position of the ruling Liberal Democratic Party is that the Constitution should be revised to include an emergency circumstances clause endowing the government with emergency authority. Such a clause would be based on the belief that there are limits to situations for which plans can be made in advance.

Concerning the fight against the coronavirus disease, Yukio Edano, representative of Japan’s largest opposition party, the Constitutional Democratic Party, contends: “All necessary measures can be taken under the current legal system. This has nothing whatsoever to do with the Constitution.”

However, while individual rights might be temporarily restricted, the point is that doing so “after the fact” would already be too late. It just means repeating the same mistakes.

It was in 1964, the year of the Tokyo Summer Olympics, that popular author Sakyo Komatsu’s novel Fukatsu no Hi (Virus: The Day of Resurrection) was published. This science fiction (SF) relates in gripping fashion how the human race faces the threat of extinction due to a virus pandemic.

This is how Komatsu describes the response of the Japanese government as the body count rises, through dialogue between two characters:

As things now stand, the situation is deteriorating and recovery is nowhere in sight.

– It’s really nothing more serious than a common cold, and I really think an emergency declaration is way out of proportion [to the threat].

Our civilized society ends up paralyzed due to the explosive spread of that virus.

Although the cause of the coronavirus and the scale of the pandemic might be different, what we are seeing on television and reading in the newspaper about COVID-19 seems as realistic as in any SF story. And the absence of legal means for dealing with the challenge is the same now with the coronavirus as it was during the emergency described in rich detail in Komatsu’s novel of half a century ago.

(Click here for Part Two in English and here for access to the original article in Japanese.)