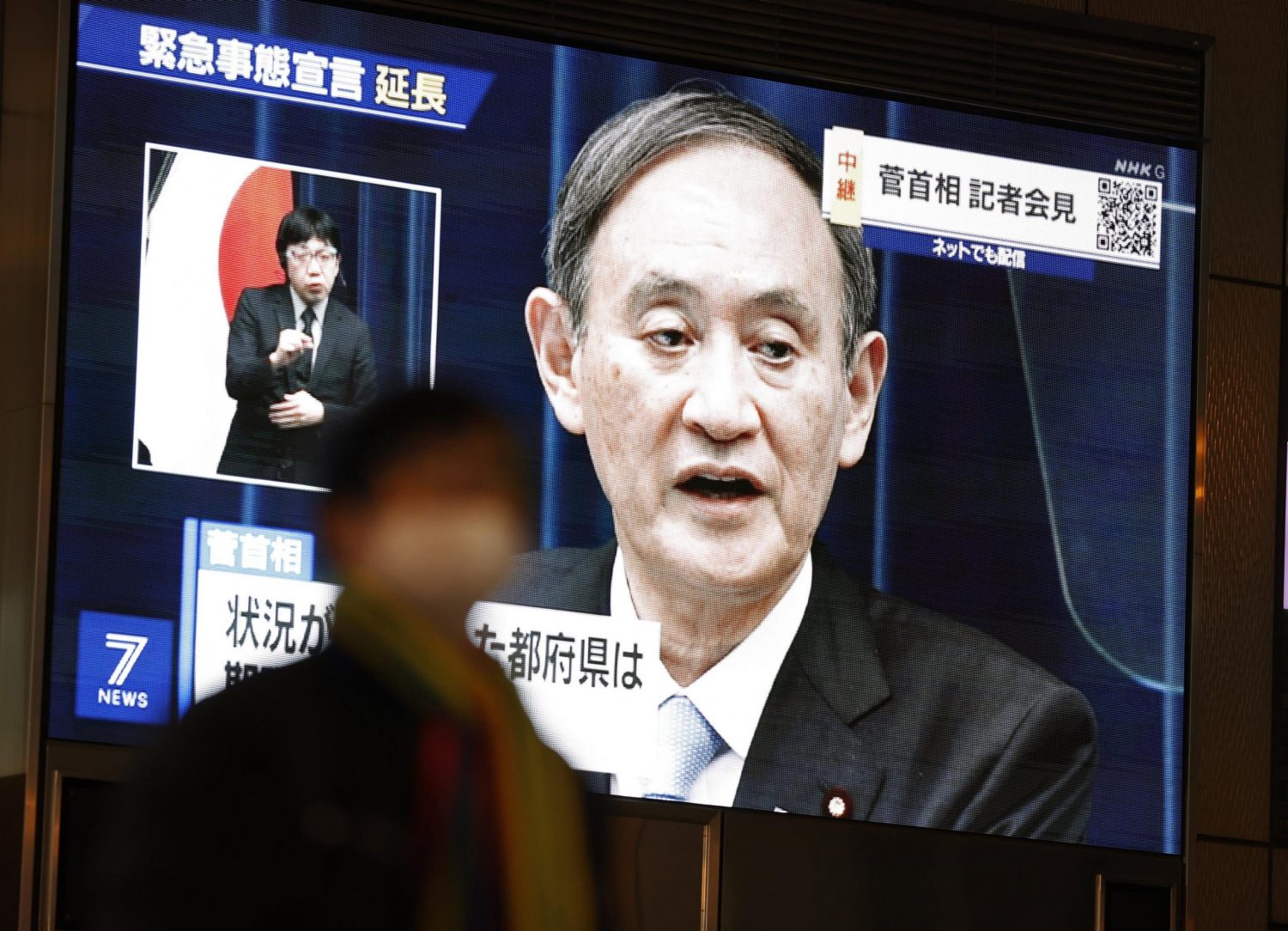 Many had expected it from the get-go. Then, in a press conference at 7:00 P.M. on February 2, Japanese Prime Minister Yoshihide Suga confirmed the news, officially announcing that the second state of emergency declared to fight COVID-19 will be extended for one month, until March 7.

The provisions were first put in place on January 7. They cover eleven prefectures around Japan, and were originally scheduled to last until February 7.

However, it was also clear from the beginning that the order would be extended unless the affected areas showed a significant decrease in the spread of COVID-19 infections.

This comes as the Tokyo area has seen a steady decrease in new registered COVID-19 cases. On February 1, the new infections were just under 400 new people, the lowest since December 21, 2020. As of February 2, new infections had floated under 1,000 for five consecutive days. But apparently this decrease in infections was not enough to warrant lifting the state of emergency.

In his evening press conference he made an emotional appeal to the country, saying: “It has almost been a year since we started fighting the virus. I myself feel as though I am faced daily with decisions which must be made on policies, while running [to get ahead of the virus] at the same time. I would therefore like to ask once more for everyone’s cooperation.”

Extension of the state of emergency will not change much, in practice, for those living in most of Japan. The areas affected by the measures will stay pretty much the same, with one exception: Tochigi Prefecture.

Until February 7, a total of 11 prefectures were under the state of emergency. These were the greater Tokyo area including Saitama, Chiba and Kanagawa prefectures, Osaka, Kyoto and Hyogo prefectures in Kansai, and finally, Aichi, Fukuoka, Gifu and Tochigi prefectures.

Tochigi will be excluded from the state of emergency under the extension of the measures.

The prime minister, however, left open the possibility that the state of emergency could be lifted before March 7, should these regions see a drastic decrease in cases.

The requirement to lift the state of emergency follows existing guidelines, which classify the seriousness of the state of infection in a given area on a four-point scale.

Currently, some prefectures under the state of emergency are still at Stage 4, the maximum alert level. The alert level designation takes into consideration six criteria. They are:

Prime Minister Suga gave the concrete example of Tokyo, where new infections would have to be under 500 daily patients a day to drop the metropolis to a lower stage of alert.

However, even should prefectures satisfy these requirements, experts are clear that the lifting of the state of emergency should be gradual, so as not to cause a rebound in the rise of infections.

The content of measures in the extended state of emergency are largely unchanged from January, which concentrate on stopping the spread of infections connected to eating out.

The reason for continued use of the same measures, according to the prime minister, was because “The measures taken until now have been shown to be effective.” He added, “We need to take the extra step to make achievement of the result more certain.”

As has been the case since the beginning of the pandemic, businesses such as eating and drinking establishments will be the worst affected.

The government has asked restaurants to close by 8 P.M. in the evening. Drinking establishments are asked to serve alcoholic beverages only between 11 A.M. and 7 P.M. Businesses that cooperate will be eligible for cash handout up to a maximum of ￥60,000 JPY ($571 USD) per day.

For individuals experiencing financial difficulties, the prime minister expressed a sense of urgency, noting that “it had come to his attention that some people are struggling to pay everyday living expenses” under the current measures. PM Suga indicated that the government was increasing emergency funds for those eligible to a maximum of ￥2 million JPY ($19,040 USD). (The previous ceiling was ￥1.4 million JPY, approximately $13,300 USD).

In another new measure aimed at those having trouble paying rent, Mr. Suga explained that within the assistance already in place, the government will support those who qualify with up to three months of rent.

Large events will still be capped at 5,000 participants, or less than 50 percent capacity.

In addition, norms to encourage domestic travel such as the tourism-boost “GoTo Campaign”, are still suspended. International travel schemes such as “Business Track”, to help facilitate business travel among 11 countries, also remain suspended until further notice.

Before concluding his remarks, Prime Minister Suga renewed his request for people’s cooperation, saying: “With the change of behavior of each and everyone, we can bring down the spread of infections.”

RELATED READ: ‘A New Way of Life’:  Japan Lifts State of Emergency, Except in Tokyo, 7 Other Prefectures

Debate on further measures has been at the fore of the news in the last few days, as lawmakers struggle to find ways to further curb spread of the infection.

For example, on January 29, Tokyo Governor Yuriko Koike and governors of the three neighboring prefectures of Saitama, Chiba and Kanagawa, submitted a proposal to the government suggesting that closure of businesses be considered in future national regulatory norms.

This comes as many experts are cautioning that the decrease in the number of new infections, which have been slowly going down, isn’t fast enough. Their advice has prompted local governments to call for stricter measures.

The government is currently in the process of deliberating a revision to Japan’s Law on Infectious Diseases Prevention, which could be approved in the national diet as early as February 3. This revision would allow the imposition of financial penalties, should businesses not voluntarily comply with government guidelines.

Currently, the law in Japan doesn’t allow for strict enforcement measures, such as financial penalties or enforced lockdowns, the likes of which have been seen elsewhere around the world. Financial penalties in particular would be directed at restaurants or drinking establishments, for example, that do not comply with early closures, or individuals refusing to be admitted into hospital.

In the press conference the prime minister emphasized that debate was continuing in the National Diet, reassuring the country that the deliberations were, “taking into account the liberties of the individual.” He added, “Within reason, I would like to continue towards implementation [of the amendments] as soon as possible.”

In the meantime, Japan is preparing for the rollout of the COVID-19 vaccine. The schedule has been slower compared to other countries due to additional approval procedures in Japan, but it is hoped they will move forward smoothly once the approval is received.

The Pfizer Vaccine is currently set to be the first one approved by the Japanese government, likely on February 12. The inoculation of medical workers would begin almost immediately thereafter.

“I want to see information on the vaccine broadly shared, including side effects and effectiveness, so that everyone can take the vaccine in safety,” said PM Suga.

Prospects for the Tokyo Olympics

At the end of the press conference, Prime Minister Suga was asked the eternal question that everyone around the world is wondering about: What about the Tokyo Olympics and Paralympics?

The organizing bodies are supposed to come to a conclusion by the spring of 2021 on whether ー and if so, how many ー spectators should be allowed at event venues for the games.

Responding to the question, Prime Minister Suga punted, saying: “Regarding the number of spectators, I would like to work towards a safe execution of the games, while keeping in mind the domestic and overseas situation of COVID-19 in mind.”