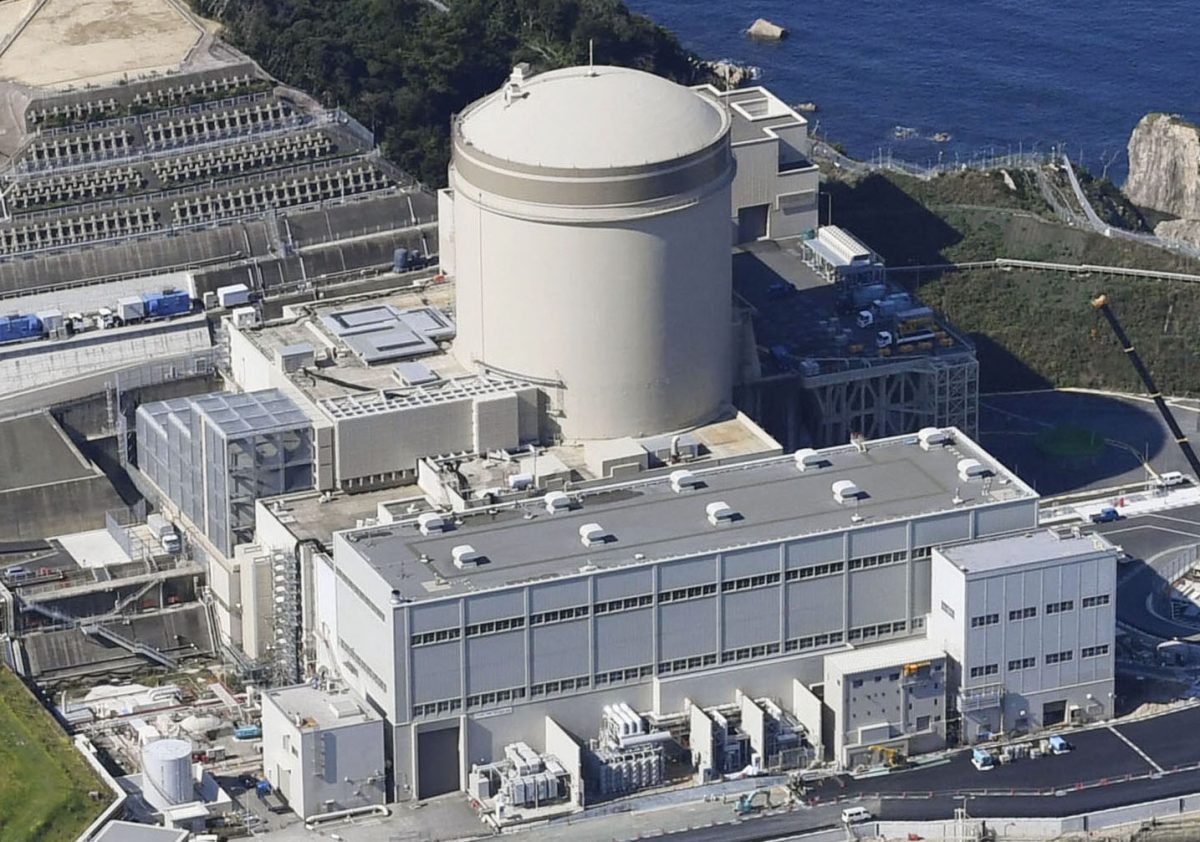 Signaling what could become a major shift in energy policy, the Japanese government is looking into the feasibility of next generation nuclear plants, Prime Minister Fumio Kishida said in a press conference on August 24.

Japan has pledged to do its best to drastically cut carbon emissions by 2030 and help meet global decarbonization goals by 2050. Next generation nuclear plants use technology to produce carbon-neutral energy, and they are safer and more efficient than existing nuclear power plants.

In a meeting of the government’s Green Transformation Implementation Council on August 24, Kishida also discussed existing power stations, many of which are not in operation, saying that the government aims to “Bring together all the strengths of those involved in the restart of the nuclear power plants.”

“We are discussing all options so that we can speed up the process and have a concrete discussion [on nuclear energy] next year,” Kishida added.

His remarks suggest a major change in Japan’s nuclear policy is in the works. The fallout from the Great East Japan Earthquake in 2011 included severe damage to Tokyo Electric Company’s Fukushima Daiichi Nuclear Power Station. As a consequence, the country shut down most of its nuclear plants.

However, an energy crunch exacerbated by the war in Ukraine is taking a toll on Japan’s energy grid. And in recent months, Prime Minister Kishida has repeatedly said that the government was considering restarting the existing nuclear plants in Japan.

We unpack some of the main developments below.


What is the Green Transformation Implementation Council?

On August 24, the government council on Green Transformation held a meeting to discuss measures to help it achieve its climate and GX goals for a green transformation of Japan’s economy and society.

The meeting, which includes representatives of the business community such as the head of the Japan Business Federation (Keidanren) Masakazu Tokura, considered proposals that would help achieve its goals for stabilizing the country’s energy supply. The council is set to report back at the end of 2022.

Following the council meeting, which Kishida also attended, the prime minister later shared with the press some of the major proposals under consideration.

What is being discussed on the matter of existing nuclear power stations?

One of the first concerns is the restarting of the existing nuclear stations in Japan.

There are currently 33 nuclear plants that have been approved for operation in Japan. The government has already restarted ten, but the council determined that another seven should be restarted by the spring of 2023.

These plants are in Fukui, Miyagi, Shimane, Niigata, and Ibaraki prefectures. In some cases, onsite work is still required to confirm safety before the station can be restarted. Consultations with the local population are underway in some cases as well.


Are there other proposals under consideration for nuclear power?

The government is also looking into the potential for increasing the lifespan of its nuclear plant from the current cap of 40 years to 60 years.

Kishida’s statement that the government is also researching next generation nuclear plants brings them into the mix of energy sources under consideration. Whatever is found will go before the Diet for discussion before action is taken.

In fact, Kishida said on August 24 that: “The government is not imagining” the building of new nuclear plants, but that a possible plan for discussion will be presented [to the Diet] within the calendar year.


How has Japan’s history with nuclear energy been affected by the goal of carbon neutrality?

Before the Great Eastern Earthquake in March 2011, 20 to 22% of Japan’s electric supply was made up of nuclear energy (data from the Ministry of Economy Trade and Industry, 2010).

Following the Fukushima Daiichi nuclear accident after the earthquake and tsunami, the government said it would “decrease dependence on nuclear energy as much as possible.” By 2019, nuclear energy had dropped to 5 percent of the total energy mix.

The discourse shifted slightly in 2021, after Prime Minister Yoshihide Suga announced Japan would work toward achieving carbon neutrality by 2050.

Japan is a natural resource-poor country. In order to achieve its decarbonization goals, analysts said that nuclear energy would have to be increased back to the 20 percent mark to compensate for the reduced dependence on coal and oil.

However, it was still just one of the energy sources discussed, along with investing in various renewable energy options.

Recently, there has been added pressure on the energy supply. The continuing war in Ukraine has led Japan to halt new imports of oil and coal from Russia, and pledge to decrease imports of LNG. This has affected energy costs domestically, and the higher prices together with reduced availability have led to a scramble to secure affordable energy.

In March, due to unusually cold weather, when solar energy is of little use because of the lack of sun, the Tokyo Electric Power Company (TEPCO) asked citizens in the capital region to conserve energy where possible.

Unseasonably hot weather at the end of June, also saw heavy pressure on the energy grid in the Tokyo region as people cranked up their air conditioning.

The government has issued a nationwide energy warning for the period between July and September – the first of its kind in nearly seven years – asking everyone where possible to conserve energy. When the energy margins become tight, commercial outdoor digital screens and decorative lighting are turned down or off, supermarket lights are left off at night, and even national broadcasting giant NHK dims the lights during its programs to conserve energy.

What kind of things has the government done to address the power problem?

Following the March energy crunch, the government set up a working group in April to explore all energy options, including nuclear energy.

The working group came up with a series of proposals in July that included nuclear energy, such as researching Small Modular Reactors (SMRs) or Fast Neutron Reactors. The council deemed that further discussion was necessary, especially to gain the understanding of the population.

In July, Kishida announced the restart of 10 thermal energy plants as well as the safe restart of nine nuclear power stations.


What does the road ahead look like for nuclear energy in Japan?

Popular sentiment is still split, with some parts of the public still against nuclear energy following the nuclear accident on the heels of the Great East Japan Earthquake and tsunami. This is one reason why the Japanese government ー through many administrations ー treads carefully when it comes to announcing a shift back to nuclear energy.

However, the inadequate energy supply coupled with rising costs and the scramble for energy sources is bringing new life to the debate on nuclear energy in Japan.

Some media reports claim that the restart of a nuclear plant can save up to 100 tons of LNG gas, and it helps that nuclear energy is carbon-free. For these reasons, it is set to be a major point of discussion in the coming months.