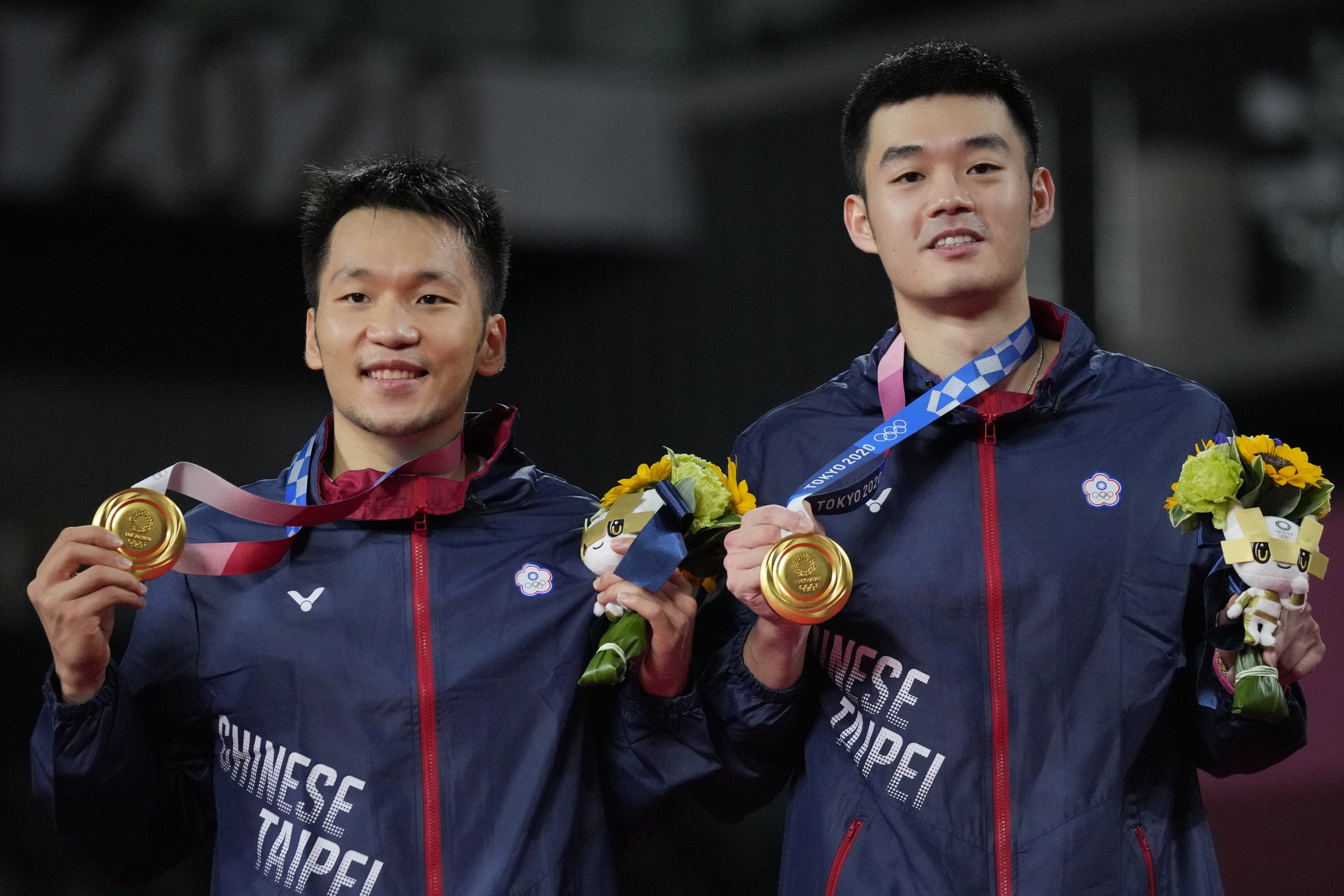 Athletes from Hong Kong and Taiwan have been performing well at the Tokyo 2020 Summer Olympics, winning medals one after another, including gold. Yet, political pressure by the Chinese government has cast a shadow over their sports accomplishments.

In winning the gold in the men’s individual foil fencing competition on July 26, Cheung Ka Long (Edgar Cheung) became the first athlete from Hong Kong to win a gold medal since reversion of the former British colony to China in 1997.

In addition, on Saturday July 31, Lee Yang and Wang Chi-lin of Taiwan bested a duo from China to take the gold in the men’s doubles in badminton.

Although China did not directly interfere in these events, it obviously found the outcomes—especially Taiwan’s victory—not to its liking, and showed its displeasure in the way it reacted towards victory celebrations.

According to reports in the Hong Kong media, at the moment Cheung’s victory was announced, loud cheers broke out among a crowd watching the match live on a giant screen in a shopping mall in Central Hong Kong.

However, as the Hong Kong flag was being raised, cheers quickly turned to jeers when the Chinese national anthem was played, and shouts of “We’re Hong Kongers!” echoed in the street.

Since the draconian Beijing-imposed Hong Kong National Security Law took effect last year, the number of Hong Kongers who are dissatisfied with China and contend that “Hong Kong is not China” has increased to a higher level than it was during the last Olympics in Rio de Janeiro.

The spontaneous booing reflected that feeling. And a Hong Kong college student living in Taiwan said, “We support every team in every match against China in the Tokyo Olympics.”


Joy at the Announcement ‘It’s Taiwan’

On the other hand, when the Taiwanese duo won the gold medal in men’s badminton doubles, the flag raised highest during the awards ceremony was not Taiwan’s flag. Instead, it was the flag of Taiwan’s Olympic Committee.

Moreover, the music played was Taiwan’s “flag anthem” ー used at international sporting events. Most Taiwanese are unfamiliar with it.

Of course, Taiwan has its own official flag and national anthem. But the clout of the People’s Republic of China, which steadily maintains that “Taiwan is a part of China,” has been growing since 1970. As a result, Taiwan has been unable to participate in international sporting events under its official name, the Republic of China.

The PRC also asserts it will not agree to letting the name “Taiwan” be used, in order to prevent “Taiwan independence” forces from gaining momentum.

After tortuous negotiations between Taiwan and the PRC, the International Olympic Committee and other groups, Taiwan athletes have been allowed to participate in the Olympic Games under the name “Chinese Taipei,” starting with the 1984 Los Angeles Olympics.

Taipei is the name of a city in Taiwan, and many people in the country are not from that city. Naturally, the people of Taiwan still long to participate in the Olympics someday under the name Taiwan.

For this reason, the people of Taiwan reacted with considerable delight when they heard the NHK announcer introduce their team, saying “It’s Taiwan!” as the”Chinese Taipei” team paraded into the stadium during the Opening Ceremony of the Olympics on July 23.

Ecstatic, many Taiwanese exclaimed that, “We were finally called by our own name.”