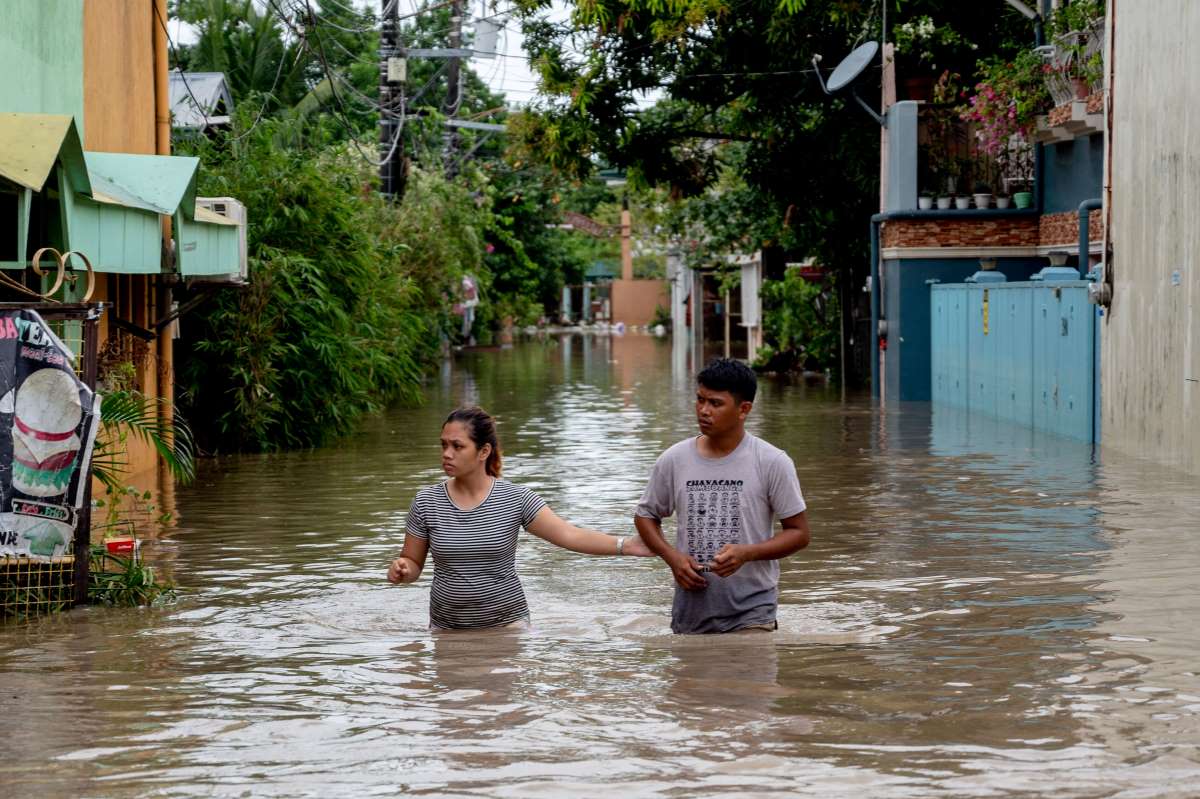 The Japanese government on Monday, October 31, expressed its readiness to help the storm-battered Philippines recover from the devastation brought about by tropical storm Nalgae (local name: Paeng), which battered all of the country's three major islands, submerged entire villages, and left more than 100 people dead.

In a message of "heartfelt sympathy to the government of the Philippines and its people," Japan's Minister of Foreign Affairs Yoshimasa Hayashi affirmed:

My deepest condolences are with the victims and the bereaved, and I sincerely pray for the speedy recovery of the affected people as well as the prompt restoration of the affected areas.

The message was coursed through his Philippine counterpart, Foreign Secretary Enrique Manalo, according to a media bulletin from the Japanese embassy in Manila.

Japan has been known to quickly respond during natural emergencies in the Philippines, including the worst super typhoon Haiyan (local name: Yolanda) in 2013.

On the Ground In the Storm-Battered Philippines

Nalgae battered all 17 regions in the Philippines, affecting 618,817 families or more than 2 million individuals, according to the national disaster management office, as of Monday night.

More than 205,000 people remain in 2,801 evacuation centers across the storm-battered Philippines, their houses either sustaining damage or completely destroyed.

The death toll has reached 101, not counting the 66 who are still missing. More than half of the casualties died buried in landslides in the southern province of Maguindanao, prompting no less than President Ferdinand Marcos Jr to ask if local governments had not prepared enough for the expected onslaught of the tropical storm.

Swathes of agricultural lands and residential areas saw chest-deep floods. In some areas, families had to be rescued from the roofs of their completely submerged houses.

The agriculture ministry estimated that at least ₱1.3 billion PHP ($23 million USD) worth of agricultural products were wiped out from 64,607 hectares of land. The livelihood of almost 54,000 farmers and fishers are affected.

Almost 200 roads and 72 bridges remain impassable. And the public works agency pegs the damage to infrastructure at ₱760.3 million PHP ($13 million USD). Electricity in some areas has yet to be restored.

At the height of heavy rains and floods on Saturday, October 29, President Marcos met with disaster management and civil defense officials for an initial assessment of the situation. Nalgae had made landfall in five different provinces earlier that day.

The President was criticized by some quarters, however, because he joined the meeting via Zoom while the other officials were physically at the main military camp in Metro Manila.

Some social media users made wild speculations that Marcos was vacationing in Japan despite knowing a tropical storm was headed towards the Philippines — a rumor that the presidential palace denied. There were indications, however, that he was in his home province less than 500 kilometers north of Manila.

On Monday October 31, Marcos was back in the national capital, and inspected the neighboring province of Cavite, one of the worst-hit areas. Before distributing relief goods to residents, the President jokingly shouted at journalists, "Welcome to Hokkaido!"

During a press briefing in Cavite, after having conferred with the governor, Marcos said his government would pursue "long-term solutions" to the flooding problem in Cavite, the most industrialized and populous province south of Manila, with help from the Japan International Cooperation Agency (JICA).

Japan's aid agency has been implementing two flood control projects in the area in recent years, one involving river widening, and another managing flood risk in industrial areas.