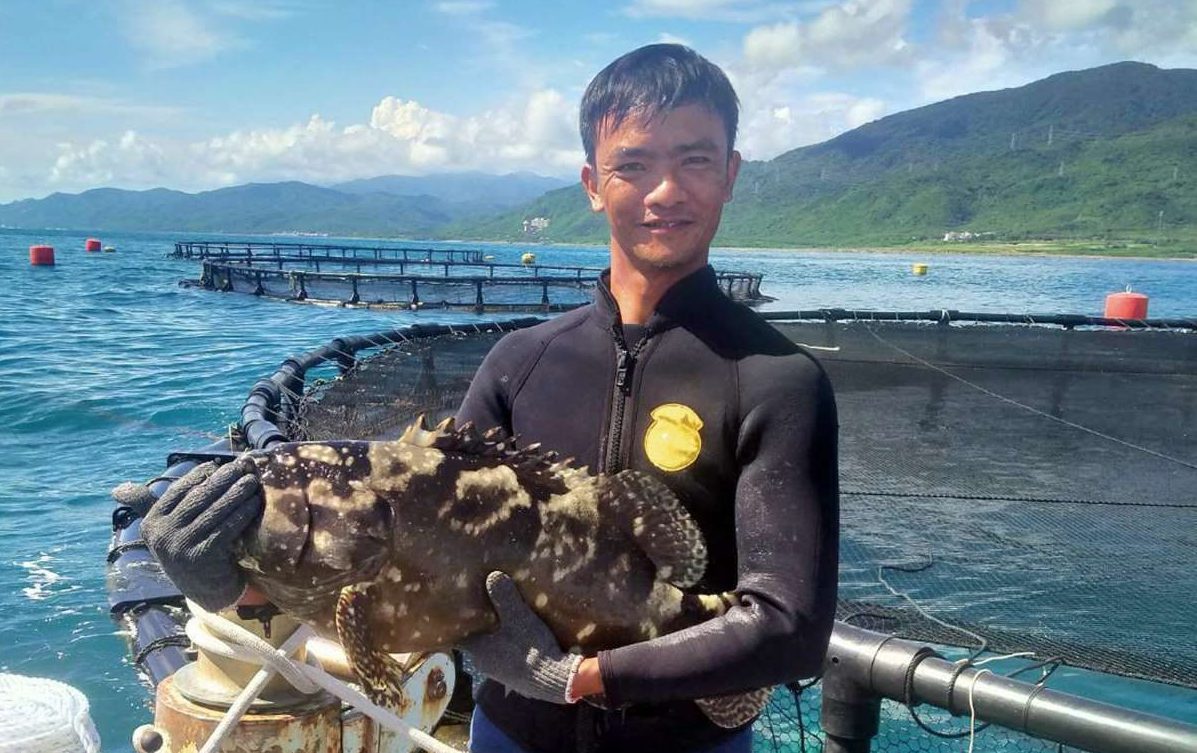 They would have been exported to China from Pingtung County and Kaohsiung City in southern Taiwan, where they are produced, but now several thousand tons of grouper are left in limbo, and the Taiwanese fish farmers in troubled waters.

In response, Japanese fish farmers have offered much-needed help, and preparations have been underway to import the fish to Japan. A person involved in the effort said: “Grouper goes well with both Japanese and Western cuisines. There is a huge potential market in Japan.”

Chairman Shinpei Hayashi of the Hayashi Trout Farm in Fukushima Prefecture plays a central role in the effort. He is an ardent Taiwanophile who used to head the Fukushima branch of the Friends of Lee Teng Hui Association.

After the Great East Japan Earthquake in 2011, huge donations from various sectors in Taiwan were sent to Fukushima Prefecture and other affected areas, and Hayashi had always wanted to return the favor. Thanks to his endorsement, several major sushi chains in Japan have expressed their interest in buying Taiwanese grouper.

Through the mediation of Chairman Mark Chen of the Friends of Shinzo Abe Association, a Japan-Taiwan exchange organization established in Taiwan this June, Hayashi has contacted suppliers in Pingtung County to negotiate prices and transport routes.


Painful Experience Behind a Helping Hand

Hayashi has bitter memories of the reputational damage caused by unfounded rumors and misinformation after the Great East Japan Earthquake. He sent a message to his Taiwanese counterparts, saying: “I understand the pain you are going through. You took so much care to raise the fish, and now they cannot be sold because of this situation. Leave your groupers to me, and you can rest assured.”

Hayashi and his team will import two to three tons of grouper as samples for food service providers so that they can experiment with ways to cook the fish. Then, they will send a delegation to Taiwan to check the grouper farms before starting full-scale imports.

He said, “Many Japanese people want to support Taiwan, not just because grouper tastes good, but also because Taiwan is being oppressed by China. If we can encourage people to support Taiwan by eating ‘democracy fish,’ I think the demand for it will grow.”

Chen Jian-Han, a grouper farmer in Pingtung County, said: “I am overwhelmed with gratitude. I hope this will be an opportunity for Japanese people to know the deliciousness of grouper.”

The General Administration of Customs of China has cited the presence of banned chemicals as the reason for its suspension of Taiwanese grouper imports. But Taiwan has vehemently opposed the ban, calling it “groundless” and “contrary to international custom.”

China also embargoed Taiwanese pineapples in 2021, citing “detection of pests,” among other reasons.