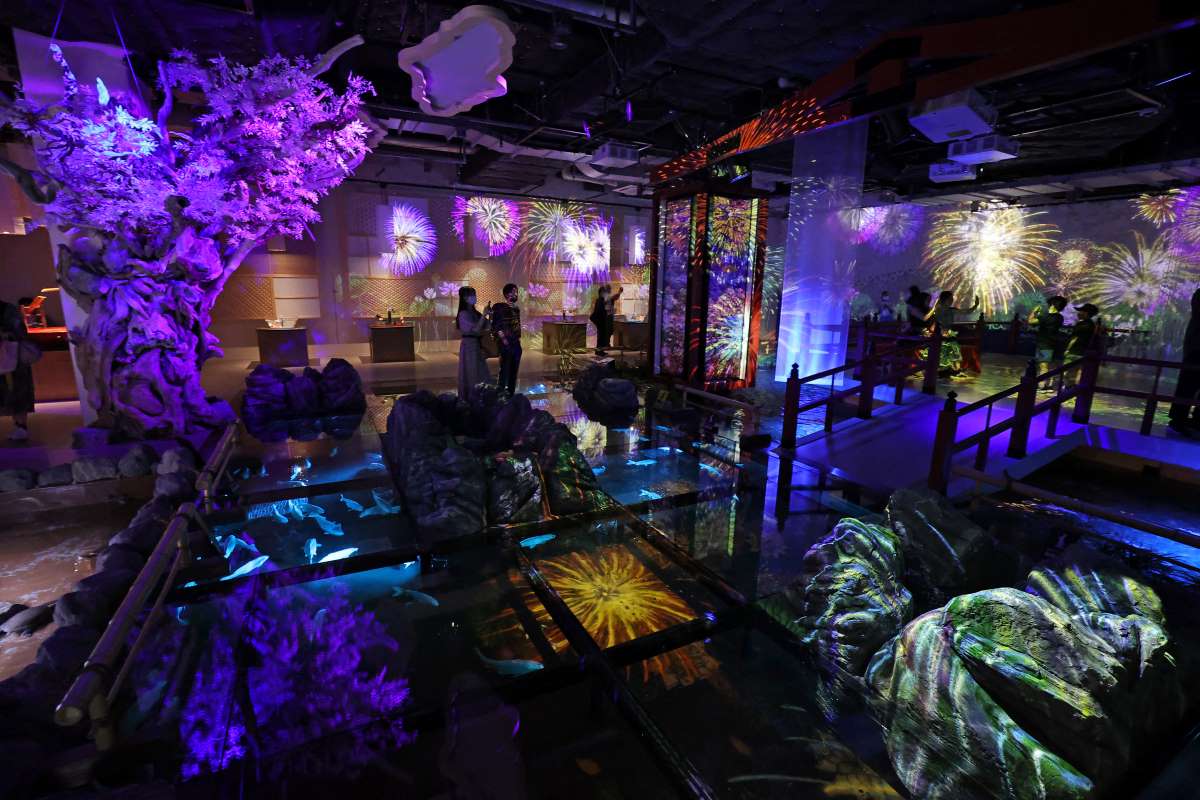 Surrounded by the sea, Japan is known for its many water cities. It is also home to more than 150 Japanese aquariums, a popular attraction that ranges in size from a room in a private residence to the Hanshin Koshien Stadium.

The Reiwa era which began on May 1, 2019, brought Japan a fresh breeze of inspiration and a rise in unique aquariums that pique curiosity.

The Japanese aquarium is now more than simply a place to observe fish through the glass. It has come up with ingenious ways to recreate the ocean environment, providing a one-of-a-kind immersive experience for people in all stages of life.

The Sceneries of Shikoku Aquarium

One such evolving aquarium we visited was the Shikoku Aquarium in Utazu, Kagawa Prefecture. Right off the bat, something was amiss — or missing, to be precise. It lacked the usual "unusual creatures" that most aquariums boast, and the route was left completely up to the visitor. The customary profiles describing the marine animal on display were also missing.

In their place were blackboards with illustrations and descriptions of marine creatures, drawn by the aquarium staff. They are especially popular with children for being much easier to understand compared to the usual scientific jargon.

Japanese Aquariums: The Sceneries of Shikoku

The aquarium director, Yoshimasa Matsuzawa, says, "We want visitors to experience the aquascape of Shikoku, more than to display rare creatures."

The tanks and pools are all named "sceneries" to capture the unique marine environment of Shikoku.

The "whirlpool scenery" is a water tank that reproduces the whirlpools of Naruto, where visitors can watch the famous fish of Shikoku's four prefectures.

The "dusk scenery" is an enchanting display of dolphins swimming under the sunset over the Seto Inland Sea.

Time seems to pass slowly as visitors silently gaze at the shifting colors of the sea, relax in the soothing atmosphere of nature, or take photos in an attempt to capture the beauty of it all.

The "theatrical" aquarium átoa, which opened in Kobe in October 2021, combines art and aquatic life to create otherworldly spaces with themes like "forest of spirits" and "encounter of the miraculous planet."

Marine life thrives under laser beams and spotlights — digital art has broken through the boundaries of a conventional aquarium to create a whole new world that brings endless surprises to its visitors.

Aquariums all over Japan continue to evolve. Although the concepts vary, they share the same goal: to make people curious about living creatures. The only question left is where to start.