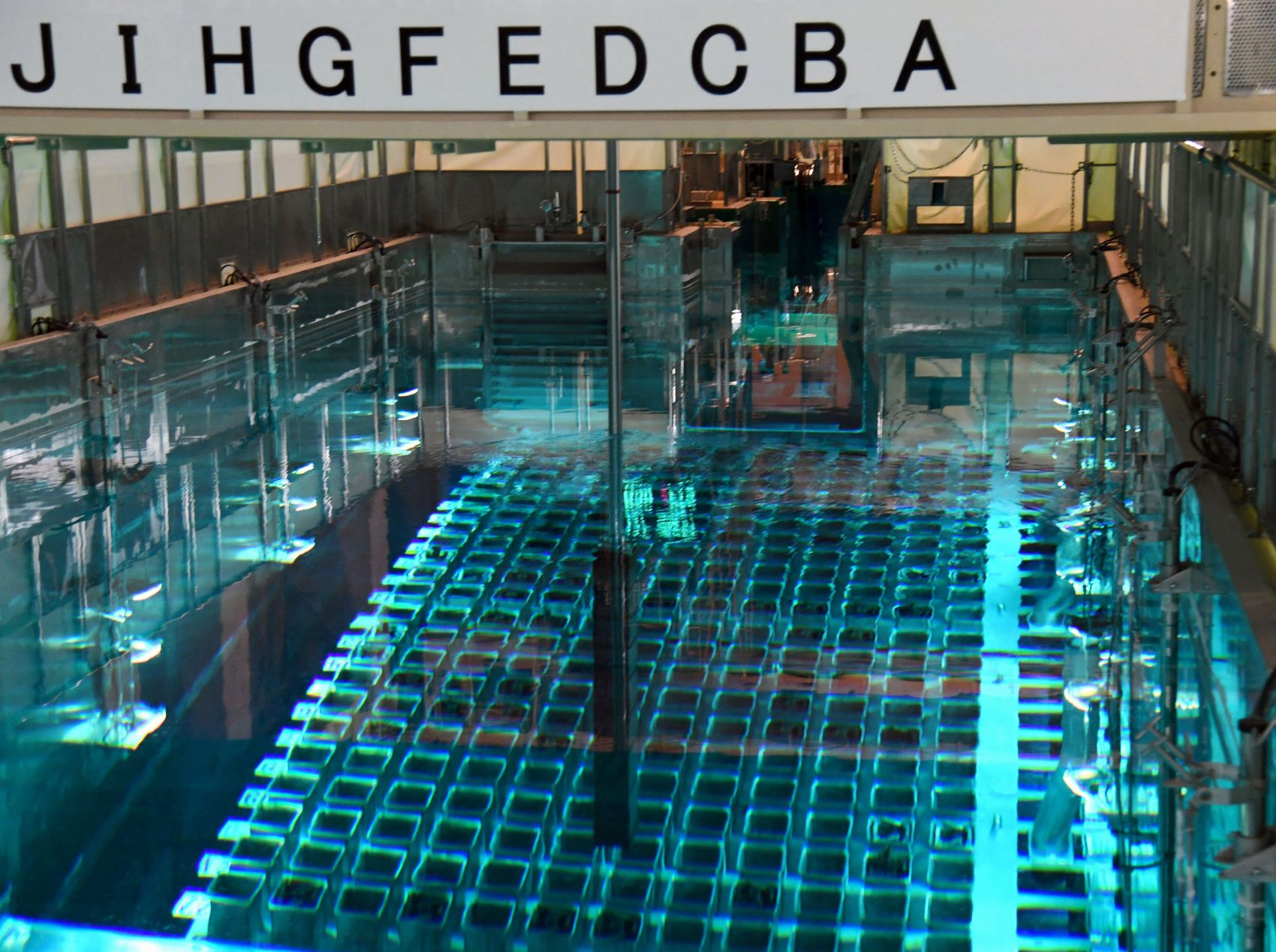 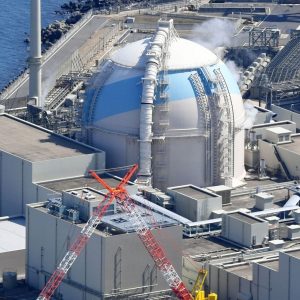 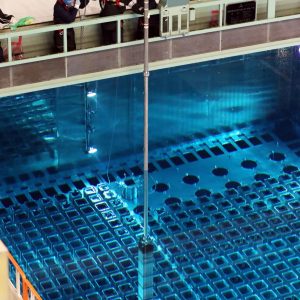 It seems as though the foundation of Japan is beginning to crumble under its own weight. In particular we Japanese should be concerned about the deterioration of our central ministries.

It has just been revealed that the labor statistics surveys of the Ministry of Health, Labor, and Welfare have been improperly counted — or covered up — over the past 15 years. These statistics, including the monthly labor survey, represent the fundamental numbers on which government assessments of the national economy are based. Unemployment benefits, for example, are calculated on the basis of these numbers.

Every Japanese business establishment with more than 500 employees is subject to the monthly survey. But in Tokyo, where 1,400 such businesses exist, the ministry has narrowed the survey group to only about one-third of the total since 2004.

Deceptively, the ministry has even come up with modified software specifically programmed to automatically process the statistics to make it appear that a thorough survey has been conducted. Obviously, the bureaucrats in charge were well aware of what was going on.

Japanese bureaucrats in our central ministries were once known for the pride they took in their unsullied integrity. Yet, now they appear to have stooped to the level of their infamous Chinese counterparts by juggling the statistics that form the basis of our nation’s policies. In the past it was said that Japan’s government remains invulnerable even when the administration changes because Japanese bureaucrats are so superb. Has this become a thing of the past?

In the United States, public service personnel are replaced with a change of government, especially those in important positions. But in Japan most bureaucrats remain in place regardless of which party comes to power. This is all the more reason why the bureaucrats in central ministries must recognize the immense responsibility they shoulder.

Japan’s future is bound to be impaired if our bureaucrats indulge in chicanery and cover-ups, such as those at the Labor Ministry. And there will be no hope if our bureaucrats and lawmakers are incapable of executing their responsibilities.

Sadly, that is exactly the situation we face now with our energy policy, especially as regards electricity.

The stability of our infrastructure and public welfare depends significantly on a secure supply of electricity.

What happens when a stable electricity supply is suddenly disrupted was demonstrated in Hokkaido in September 2018, when a powerful earthquake hit the northernmost main island. The entire island — inhabited by more than five million people — suffered a blackout that lasted for days, causing about one-third of its dairy cattle to die.

If Tomari, the only nuclear power plant on Hokkaido, had been in operation at the time, presumably the blackout would have been prevented. But no one dared propose a restart of the plant.

First, most Japanese politicians prefer not to touch on nuclear power issues as they fear it will lose them votes. Under these spineless lawmakers, the bureaucrats at the Agency of Natural Resources and Energy as well as the Ministry of Economy, Trade and Industry are resigned to assuming a low posture, minding their own job security.

Meanwhile, the Japanese media, which is adamantly opposed to nuclear power generation, chose not to mention Tomari in their reports. It was as if they did not even want to acknowledge the existence of the nuclear power station on the island.

At this point, a majority of Japan’s 50-odd nuclear power plants remain inoperable, bound rigidly by the absurd rules imposed by the Nuclear Regulation Agency. No clear-cut nuclear power policy has been incorporated in the government’s overall energy program. There are no signs of any of the idled power plants being restarted anytime soon. Not one new nuclear power plant is on the drawing board at this moment.

Continuation of this situation will deprive Japanese nuclear energy technicians of their jobs. Progress in nuclear technology will cease and institutional memory will be lost, depriving our nuclear power industry of its very foundation.

A stable energy supply will no longer be tenable, leading to a collapse of our industrial base. Blackouts will happen repeatedly, undermining public welfare. And Japanese industries will continue to emit CO2 in large quantities, in direct opposition to the trend of the rest of the world.

And yet the Japanese government has neglected to face up to the problem, instead engaging in deception. This was demonstrated when the fast breeder reactor Monju was decommissioned.

In December 2016, when the government decided to decommission the Monju, it explained that succession of nuclear technology knowhow would be made possible under an agreement that would enable Japanese nuclear technicians to participate in France’s next generation fast breeder reactor known as ASTRID (Advanced Sodium Technological Reactor for Industrial Demonstration).

However, as Professor Koji Okamoto of the Tokyo University Graduate School points out, Monju and ASTRID are two totally different types of nuclear reactors when it comes to their purposes and systems. Monju is designed to produce plutonium fuel in generating electricity, notes Okamoto, while ASTRID is designed to treat high-level radioactive waste.

It appears the authorities raised the possibility of passing on fast breeder technology under the ASTRID program simply to silence criticism about the likely disruption in succession of the technology. That is why in November 2018, when the French government informed Japan of its decision to freeze the ASTRID program, neither responsible ministry even bothered to address the issue of a replacement for ASTRID.

The important question at this point is whether or not Japan is ready to abandon the fast breeder technology it has nurtured over the years.

If the nuclear energy technology cannot be passed down in Japan, explains the government, Japanese firms can export the technology overseas and Japanese specialists can be nurtured there, rather than in Japan.

However, this path is being closed now too.

On January 17, Hitachi Ltd. announced that plans for a ￥3 trillion JPY ($27.6 billion USD) joint nuclear project on Anglesey Island in Wales would be put on hold. Hitachi and its two partners had committed to investing ￥1 trillion JPY ($9.2 billion USD) in the project, with the British side investing the remainder. However, Hitachi was apparently unable to raise its share of the necessary funds in Japan.

All previous Japanese attempts to export nuclear power facilities have fallen by the wayside, including Mitsubishi Heavy Industry’s plan to export plants to Vietnam and Turkey. Hitachi had previously lost a deal to South Korea to export a plant to the United Arab Emirates (UAE). Its project to export a nuclear plant to Lithuania has also been frozen.

Japanese corporations cannot afford to drop back any further. It is high time for the government to step in and back them more aggressively.

Reluctance on the part of the Japanese government to back these exports may be because not only the government itself, but the media and therefore the public, misunderstand the costs involved in constructing nuclear power plants overseas. Tadashi Narabayashi, a specially-appointed professor at the Tokyo Institute of Technology and one of the nation’s leading experts on nuclear matters, explains:

In a cut-throat international competition, no company can expect to win without the government’s vigorous support.

Japan currently is pouring vast amounts of money into solar voltaic power generation (solar power). Annually, Japanese consumers are made to pay ￥3.1 trillion JPY ($28.5 billion USD) in extra charges on our electricity bills just to support this new type of power generation, which accounts for only 5% of our annual electricity supply.

Under the government’s feed-in tariff scheme for renewable energy, it is expected that by 2050 we will have paid an estimated total of ￥90 trillion JPY (approximately $830 billion USD) for solar power generation. The demand for this method of power generation is expected to grow, but does it make sense to pay so vast an amount on solar power when its price is far above the international standard?

The London-headquartered World Nuclear Association predicts that by 2050 there will be a total of 1,000 nuclear power plants operating across the globe, 200 of them in China. The world is steadfastly shifting from fossil fuels to nuclear power generation. Japan must do its utmost to prevent the collapse of our country’s nuclear power industry.

(Translated from Renaissance Japan column No. 837 in the January 31, 2019 issue of The Weekly Shincho. Click here to read the original article in Japanese.)