Japan’s Trending Words in Our 2019 Stories: ONE TEAM 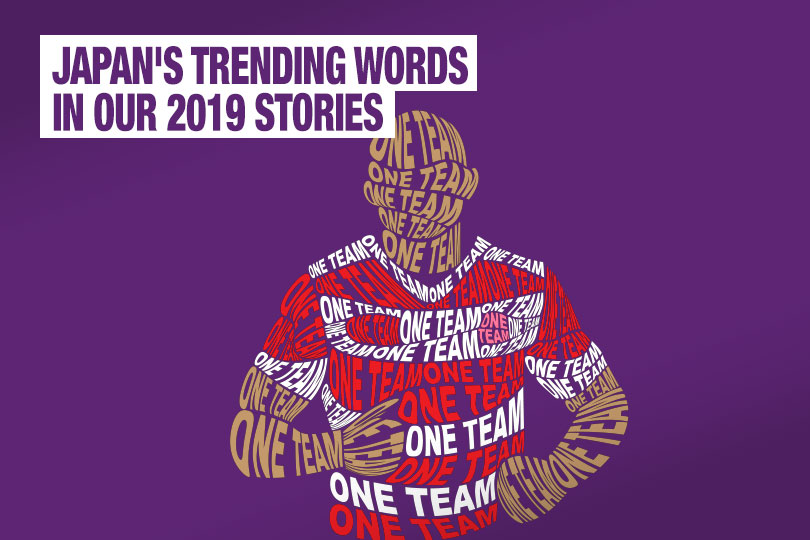 Read our stories about the most-discussed topics online among the Japanese this year!

It’s the most natural thing in the world to come to the end of the year and wonder, “So what was the big thing of this year?” Conveniently, every December, Japan has a special “trending word of the year” award, helping us to reflect on what expressions became iconic during the year.

This year, the winner, hands down, was “ONE TEAM” — the slogan of the Japanese National Rugby Team.

It’s no wonder that the team slogan became the “it” word of the year. It’s trending use became so pervasive that it seeped into common language, when people want to emphasize coming together as one.

It has become so common that, in early December, when the “Trending Word of Year” was announced, NHK national television helpfully did a collage of pretty much everyone using the expression “ONE TEAM.” The ages and walks of life of those adopting the expression ranged from your average 10-year-old soccer player to Tokyo Governor Yuriko Koike herself.

Sports-related expressions are quite popular in general, according to the history of the “Trending Word of the Year” prize. In 2018, the expression was “So Da Ne!” — often used by the Japanese Female Olympic Curling team, who, with infectious enthusiasm and team spirit, captured the hearts of the Japanese people at the Pyeongchang Winter Olympics.

So, let’s have a look at how rugby was experienced by regular people in Japan.

It should be noted, rugby doesn’t have much of a history in Japan, unlike football and baseball. But it came into center stage in 2019. Importantly, Japan hosted the first Rugby World Cup of Asia, which started in September and lasted almost two full months, during which the sport — and the phrase — managed to steal the Japanese hearts and minds.

Commentator Professor Alexander Bennett talked about this in our article, here, and about the hopeful prospects of rugby in Japan in the future, here:

People were so enthusiastic, a choral group called “Scrum Unison” serenaded the fans by singing the national anthem of every single team playing in the World Cup! Read about it in our story here:

Japan’s rugby team also set a record, leading Japan into the quarter finals of the World Cup Rugby tournament for the first time in history by winning against Scotland, and the fans went wild! Our story is here:

2020 is upon us, bringing with it the 2020 Tokyo Olympics and many more new experiences. It leaves us wondering what buzzwords we’ll be sharing with you, our readers, as we move into the exciting New Year.

From the entire team at JAPAN Forward, we wish each and every one of you a Happy New Year!