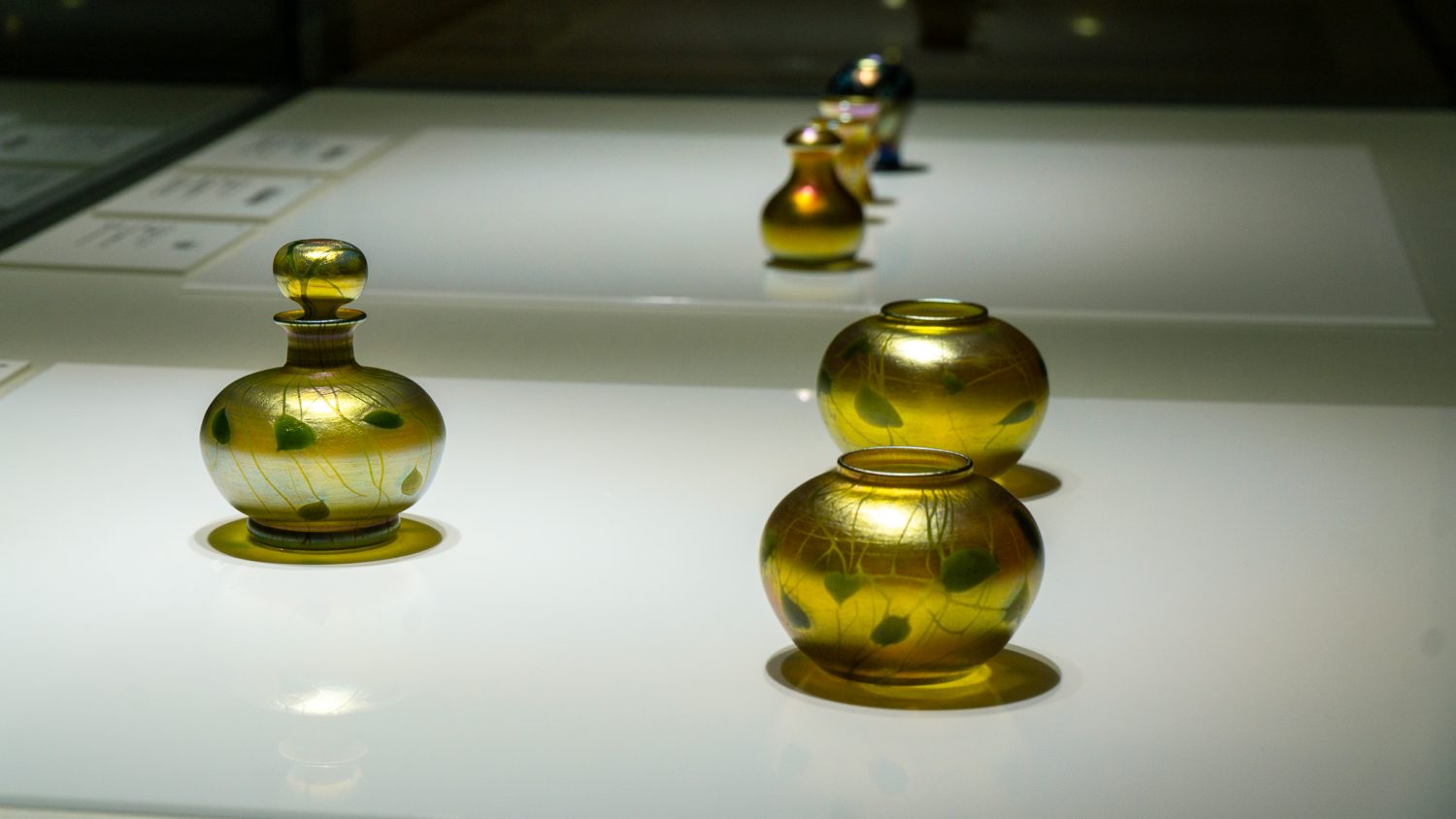 (Second in a series)

The International Hokuriku Kogei Summit has shown how Japanese kogei ー roughly speaking, crafts and the lifestyle of appreciating arts and crafts ー are impacting the arts and culture of today’s world.

The Japonism and Art Nouveau exhibit at the Ishikawa Prefectural Museum of Art, which is a part of the 2021 Summit, looks into the past and highlights Japanese kogei’s historical influence on arts.

The exhibit, co-sponsored by the Hungarian Embassy, is a collection from the Budapest Museum of Applied Arts and focuses on ceramic and glass works.

Dr. Norbert Palanovics, Ambassador Extraordinary and Plenipotentiary of Hungary, said to JAPAN Forward that the exhibit shows the historical cultural exchanges between Japan and the rest of the world. He also wrote that it was a “rare opportunity to present Western interpretations of Japanese art through a Hungarian lens,” according to the exhibition book.

Japanese arts spread through Europe beginning partly with the 1862 World’s Fair in London and the 1867 World’s Fair in Paris. The pieces in the exhibit are mostly from the turn of the 19th century, a while after Japan’s opening allowed the culture’s influence to expand throughout Europe.

Each piece shows the influence of Japanese art, from the style of the pieces to the motifs used. For example, Japanese gold leaf, of which 99% is produced in Kanazawa, can be found incorporated into several pieces.

One jar created around 1913 by Louis Comfort Tiffany in the United States, for instance, has a brilliant gold luster on its entire surface. Meanwhile in France, the Daum Brothers produced a vase with gold leaf impressed into the glass.

Other displayed ceramics pieces were inspired by the Ohi-Yaki pottery style, which also traces its roots to Kanazawa and to Ohi Chozaemon I, the ancestor of panelist Ohi Chozaemon XI.

Many of the pieces were made in factories, illustrating how Japanese culture and art has influenced the items that people in Hungary and throughout Europe used in their daily lives.

Each panelist and the exhibit demonstrated that there is worthiness and importance in showing and spreading Japan’s kogei globally. From the collection of works shown, it is clear that over several hundred years, kogei culture has greatly impacted the world’s art, as well as peoples’ day-to-day lives.

The exhibit is in Ishikawa until September 12. It will move to the Panasonic Shiodome Museum of Art in Tokyo from October 9 to December 19, 2021.