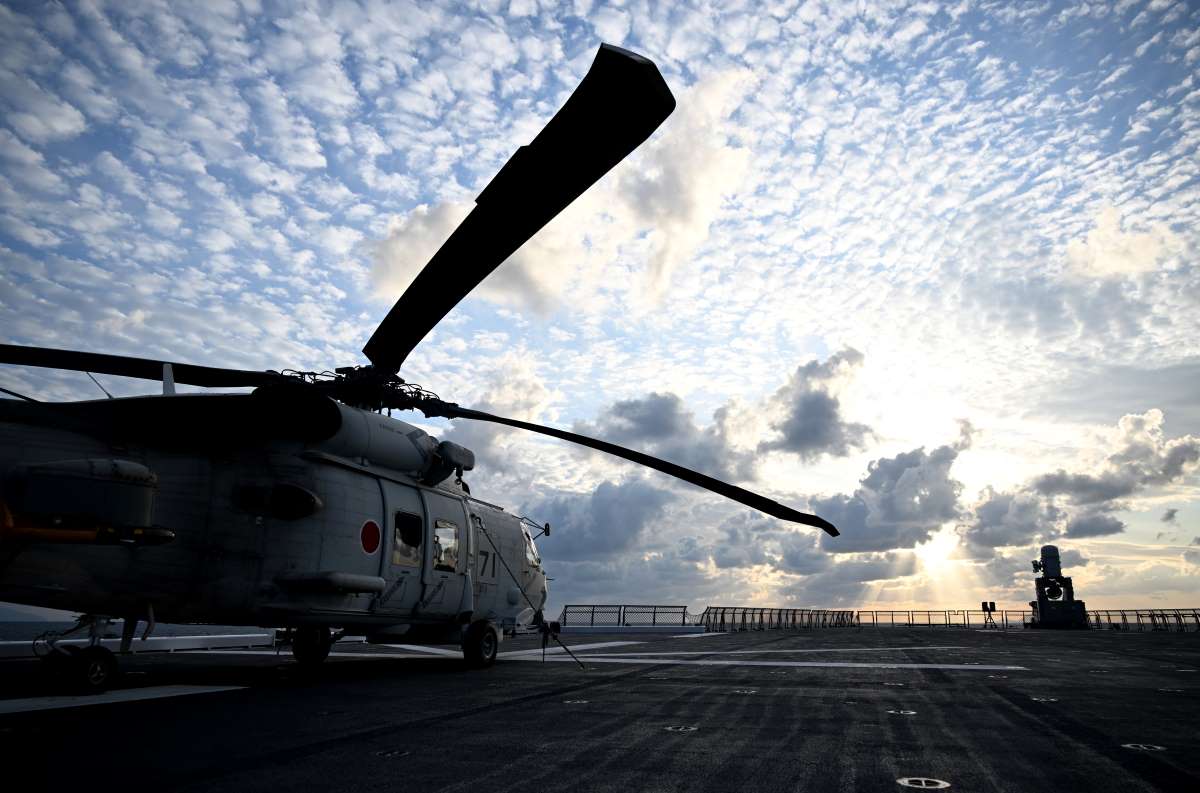 This year marks the 30th anniversary of the start of the Malabar Naval Exercises. These exercises, which began way back in 1992 as bilateral exercises between the Indian Navy and the United States Navy, have moved a long way since those times.

In 1992, India's relations with the United States were just beginning to grow closer. The time was soon after the dissolution of the erstwhile Soviet Union.

It was actually in the aftermath of the Indian Ocean tsunami of 2004 that the current group of nations participating in Malabar ー India, the United States, Japan and Australia ー first came together. Since then, the four countries have been able to build on their cooperation.

Another factor that has helped is that India is buying a whole range of American-made military hardware. This in turn has made interoperability easier between the navies of these countries.

The latest edition of the Malabar exercises began on November 8 and concluded on November 15. In these exercises, Japan deployed five warships and a surveillance aircraft. Meanwhile, the United States deployed its USS Ronald Reagan aircraft carrier and two other ships, a P-8A long range surveillance aircraft, and special operations force personnel.

On the other hand, the Indian Navy sent two warships: INS Shivalik, INS Kamorta, along with P-8I aircraft and MARCOS (Marine Commandos). Australia deployed two warships and a P-8A aircraft along with special forces.

This is the third time that all four nations have participated in Malabar at the same time. As per an Indian Navy release, these exercises witnessed "live weapon firings, complex surface, anti-air and anti-submarine warfare drills, and joint maneuvers, including advanced tactical exercises."

Facing the Rise of China

So, what is the significance of the Malabar naval exercises?

First, of course, is the rise of China. Beijing has had run-ins with all of the members of the Malabar naval exercises- India, Australia, Japan and the US.

China has been flexing its muscle in unprecedented ways, too. While already a trend, this has become even more evident since US House Speaker Nancy Pelosi's visit to Taiwan in August this year (2022).

The People's Liberation Army (PLA) conducted a string of exercises in the immediate aftermath of the US House Speaker's visit. Chinese aircraft repeatedly crossed the median line between China and Taiwan, and rockets were fired toward Taiwan and into Japan's exclusive economic zone (EEZ).

Capping these developments, in October, Xi Jinping was reelected as General Secretary of the Chinese Communist Party. He thereby became President of the People's Republic of China, for an unprecedented third term. There appears to be little prospect of Chinese aggression changing under his continuing administration.

A Second major point is the inclusion of Australia in the 2022 Malabar Exercises. This marks a big change from the past.

In the initial years, other member countries were not too keen on the inclusion of Australia in these exercises.  However, all four countries had also come together as a part of the Quadrilateral Security Dialogue (Quad) way back in 2007 at the initiative of the former Japanese Prime Minister Shinzo Abe.

At that time, however, the Quad disbanded soon after being organized. It was resuscitated on the sidelines of the ASEAN Regional Summit in Manila in November 2017.

Friendship Between India and Japan

Counting as the third point of significance, Japan has been a permanent member of these exercises since 2015. The US and Australia were already close allies of Japan. On the other hand it is worth noting that India and Japan have been coming ever closer in the maritime realm since then.

In September 2020, India and Japan signed an agreement known as the Acquisition and Cross-Servicing Agreement, or ACSA. This established a framework for the reciprocal provision of supplies and services between the Self-Defense Forces of Japan and the Indian Armed Forces.

In addition, India has also signed an agreement known as the Logistics Exchange Memorandum of Agreement (LEMOA) with the United States in 2016.

India and Australia followed that by signing an agreement in June 2020 known as the Mutual Logistics Support Agreement during a virtual summit between Indian PM Narendra Modi and Australia's Prime Minister Scott Morrison.

Both agreements allow for cooperation in the field of logistics.

The maritime realm is key for all four countries.

India has a strategy known as Security and Growth for All in the Region (SAGAR). Meanwhile, the US has been putting focus on the Indo-Pacific, even as Japan has a Free and Open Indo-Pacific Strategy.

It is also noteworthy here that the Chinese Navy is the largest in the world now in terms of fleet strength. In addition, it is rapidly increasing the number of aircraft carriers at its disposal, even while creating a string of artificial islands in the South China Sea.

Meanwhile, as a part of its Act-East Policy, the Indian Ocean is hugely important for India as well. And New Delhi has had a presence in the region since time immemorial.

What's In Malabar For Japan?

For Japan, freedom of navigation in the Indo-Pacific is key to its growth as it is an export-dependent economy. Former Japanese PM Shinzo Abe created the concept of the Free and Open Indo-Pacific, keeping these challenges in mind.

In addition, the Japan Maritime Self-Defense Force has a presence in Djibouti. And freedom of navigation in the region is key to the maintenance of this base.

Finally, China recently fired missiles fired toward Taiwan. Among them were missiles that landed in the Japanese EEZ. Together with Chinese Coast Guard and PLA Navy sailings inside Japanese coastal waters, this represents a new worry for Japan.

Many challenges remain before the cooperation in the Malabar Exercises spills over into other realms. The fact that so much thinking was required before the inclusion of Australia shows that this is not an easy deal as yet.

The challenges in the maritime realm also extend to human security. And in the years to come, the Malabar exercises will also need to focus on this aspect.

In addition, the countries involved in the Malabar exercises will also need to work out mechanisms on how to respond in case any of them are involved in actual conflict with China on the high seas.

Cooperation among the four Indo-Pacific powers now only extends to the maritime realm and not to land. For example, in the case of the clashes between Indian and Chinese forces in Galwan in the Himalayas in the summer of 2020, India was left to respond alone.

Be that as it may, the Malabar exercises have come a long way since the first ones in 1992. From bilateral exercises, they have now become multilateral ones.

Dr Borah is a Senior Research Fellow at the Japan Forum for Strategic Studies, Tokyo. The views expressed here are personal.