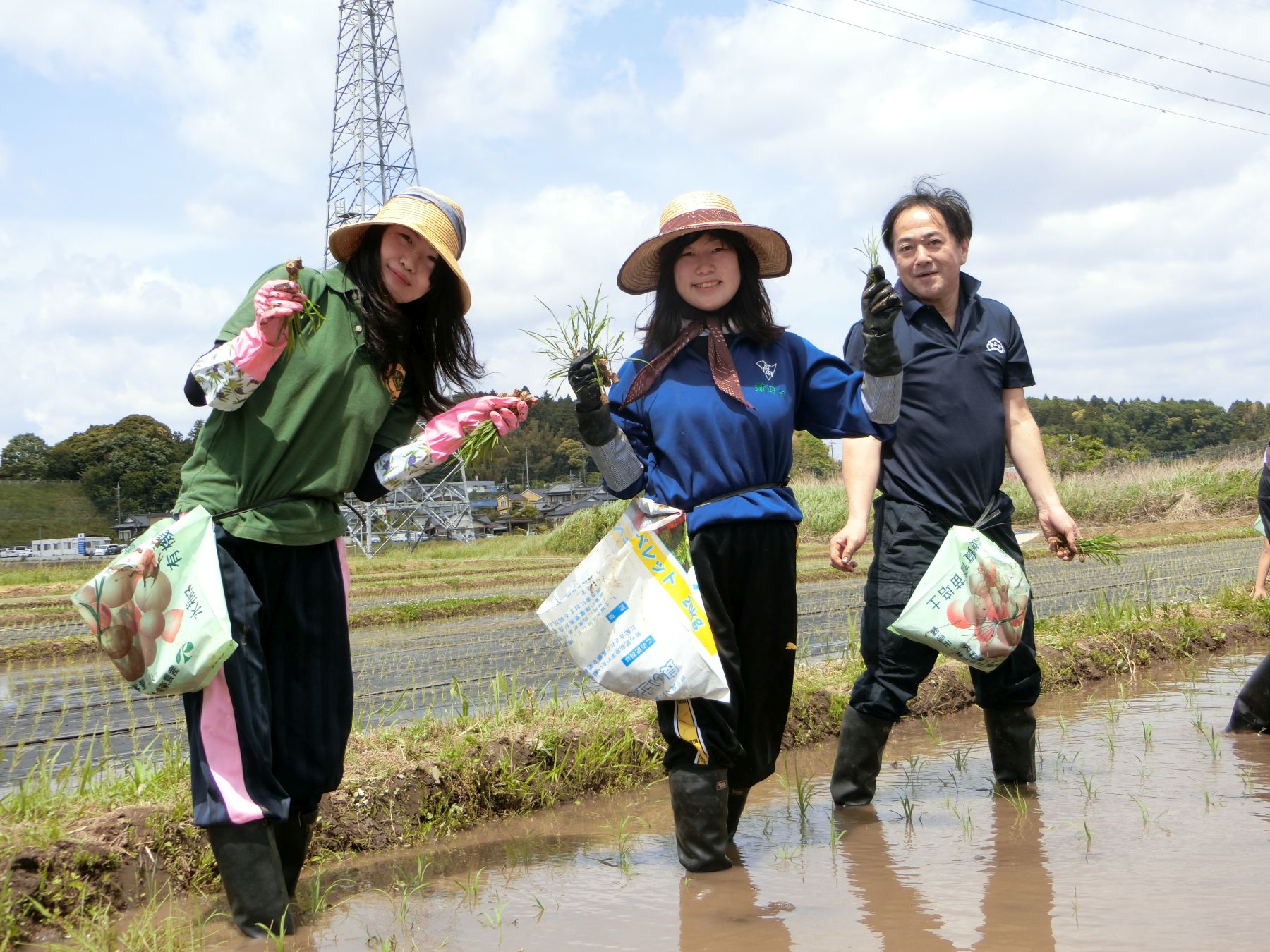 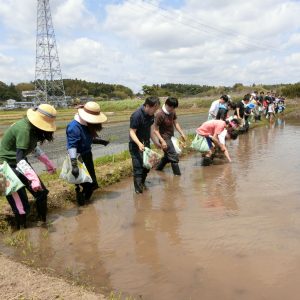 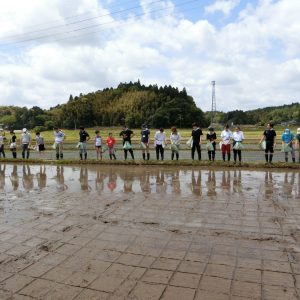 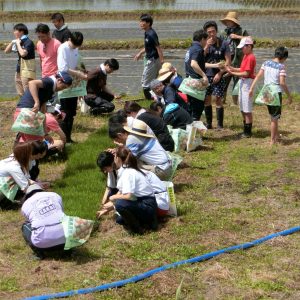 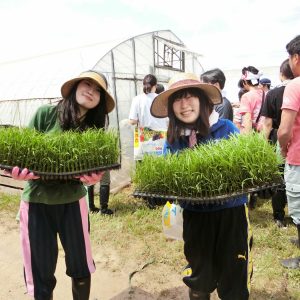 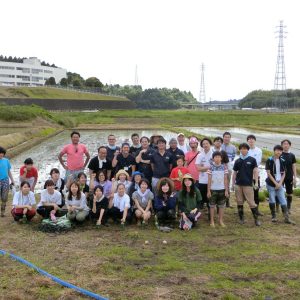 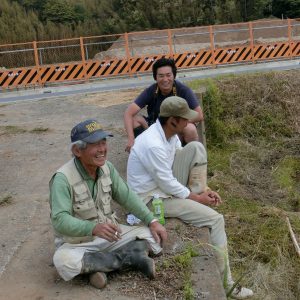 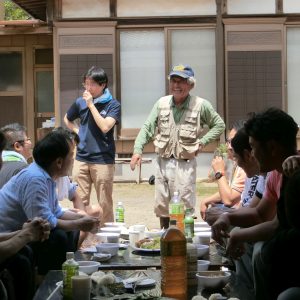 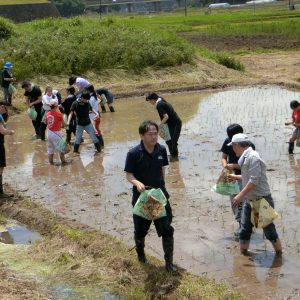 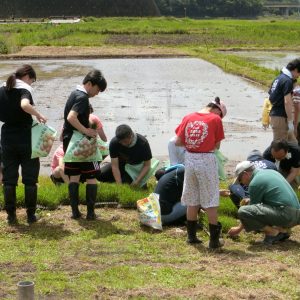 Rice is a significant part of Japanese identity.

Gohan, which is cooked white rice, is a staple of Japanese cuisine. It’s so essential that the term is formed by adding the honorific prefix go to the alternative pronunciation of the character meshi (meal).

Sake is a Japanese alcoholic drink, also made from brewing rice. And it is used as an offering to the gods in Shinto shrines.

Needless to say, sushi is also made from rice. Other Japanese dishes — such as grilled fish, tempura, osuimono soup, and Japanese pickles — have all been concocted as perfect accompaniments to rice.

Rice balls (onigiri) made by shaping rice are one of the most popular signature products at convenience stores.

Like mochi, which is made of glutinous rice (mochigome), most confectionery in Japan contain rice. For this reason, confectionery stores typically stock rice.

Interestingly, employees of the confectionery manufacturer Eitaro Sohonpo in Tokyo, founded over 200 years ago, participate in a unique activity that sets them apart from the more sophisticated traditional confectionery produced in Kyoto. The employees grow and harvest their own mochigome used in making the Eitaro sweets.

I had the privilege of observing the employees participate in an annual spring rice-planting event (taue) under the guidance of a collective of organic farmers. Passersby understandably stared curiously at this age-old process — manual labor having become increasingly rare in modernized Japan.

Rice planting is a challenge for those who aren’t used to keeping their balance in flooded rice paddies. But the first-hand experience of rice planting was worthwhile for confectionery manufacturer employees, who usually worked in product development, in-store sales, or marketing. They gained knowledge of their products’ basic ingredient, share their experience with customers, and develop a deeper passion and dedication to their work.

Department store employees were also invited to roll up their sleeves (and pants) at the rice paddy. The rewards of hands-on experience at the place of production were invaluable — the nurturing of relationships being one of the greatest. Farmers who guided the participants got a real sense of the fruits of their labor being transformed by confectioners into sumptuous creations that bring joy to whoever tasted them.

Without a doubt, such an experience elevates confectionery to a new level, which means very happy customers.

The scenery of the paddy will change according to the growth cycle of the rice, with rice cultivation and several weeding sessions still to come. By the time autumn arrives in its golden glory, delicious mochigome will be ready for harvest.

Mouthwatering mochi will finally be at our eager fingertips.