OBITUARY | The Master Who Made Ichiro and Godzilla Matsui’s Gloves 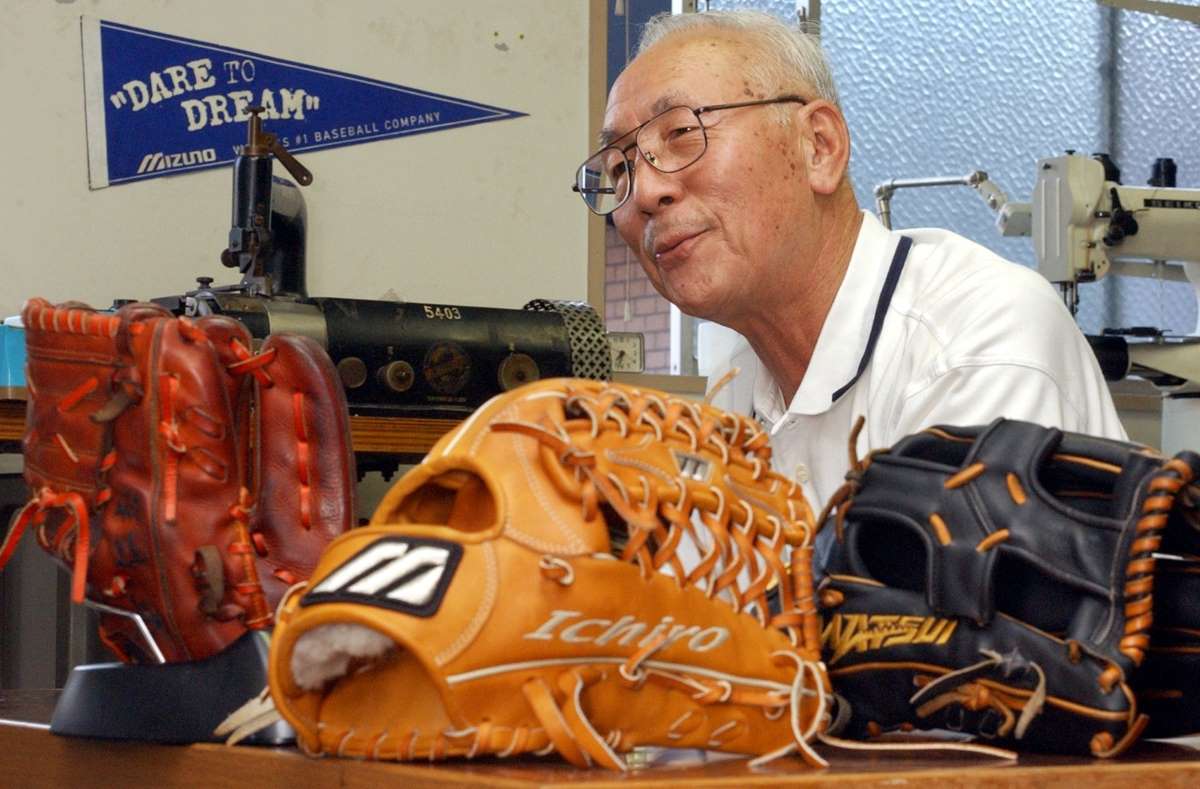 The sports equipment company Mizuno entered the American market, the homeland of baseball, in the spring of 1978. A few people, including Nobuyoshi Tsubota, loaded a large-sized camper van with Mizuno gloves and drove around the Major League Baseball training camps.

Tsubota gladly accepted requests for repairs. He was able to understand what each player’s characteristics were just by touching their gloves and would repair them in a few minutes. He became famous as Magic Hand, and fans of Mizuno gloves increased.

When the sportswriter Manabu Matsuse heard that anecdote from Tsubota during an interview, the latter started humming a song. “Come, come, everybody…” It was the theme song of the radio show teaching English lessons that had begun on NHK after the war.

Tsubota taught the song to the American staff and engaged in communication with them, as related in Shodou ー The Craftsmen of Ichiro’s Glove and Matsui’s Bat (Kodansha, in Japanese, 2009). The show, which inspired the recent NHK morning drama that reached its grand finale the week of Tsubota’s passing, was helpful to him on this occasion.

Tsubota had played baseball since he was a child, and he asked to make gloves when he joined Mizuno at 15 years old. After slowly working his way up, the company finally entrusted him with making made-to-order gloves when he was 40.

He listened carefully to the requests of each professional baseball player and added his original improvements to the items. He also became famous for inventing different types of gloves for each position.

Until his retirement in 2008, more than 200 athletes favored Tsubota’s gloves. Among them are Sadaharu Oh, who won nine titles in a row with the Yomiuri Giants, former major leaguer Hideki “Godzilla” Matsui, and Ichiro Suzuki.

Tsubota passed away on April 3, at age 89, recognized as the master baseball glove maker that he longed to be.

The title given to him in his obituary was “former Mizuno baseball glove craftsman.” But he used to say that he was not a craftsman, but instead a technician who faithfully met the players’ needs without pushing his own style on them.

The glove he put the most effort into was not made for a professional baseball player, though. It was made for a child who had lost his fingers.