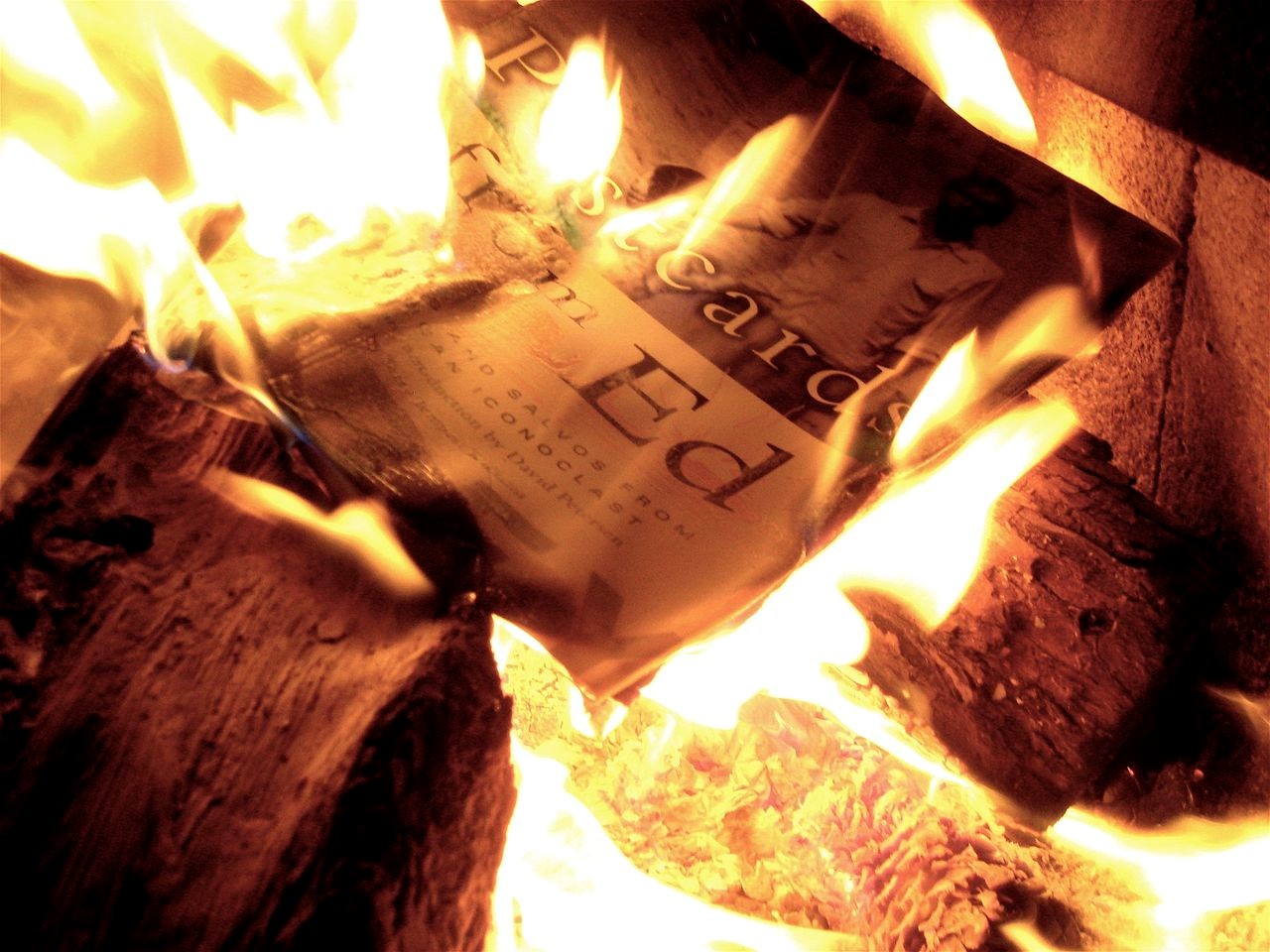 On August 17, 2022, Professor Jim Sweet, an American historian of Africa and the current president of the American Historical Association (AHA),  published a short commentary on the AHA website. In his commentary, Sweet was trying to call attention to the problem of politicizing history. That is, the problem of using the past for political gain in the present. His commentary was balanced, well-reasoned, and inviting of further open and honest debate.

Unfortunately, not everyone in Sweet's profession in the United States values open and honest debate as much as he does. Within hours, historians who disagree with Sweet's interpretation of African, and American, history had whipped up a Twitter frenzy. Sweet was experiencing the opening stages of what is known as a cancellation: a Stalinist, Maoist silencing of someone who has deviated from the party line.

As non-ideological American scholar Phillip W. Magness put it, after Professor Sweet published his commentary on African history "all hell broke loose." Many people who teach at American universities, and so who ought to be fostering a healthy debate about important ideas and historical events, called for Professor Sweet to be fired.

Just a couple of days later, Professor Sweet bent to the onslaught and apologized for his original commentary. The problem wasn't with accuracy. He had not gotten history wrong. The problem was that he had told the inconvenient truth. This was why "historians" in the United States were attacking him. The fight wasn't ultimately about history, but about politics.

It was a very sad day for the historical discipline. And a very bad week for the AHA.

African history and the American Historical Association. This might all seem remote from Japan, but it's not.

Regrettably, there seems to be a default mode among many in the USA who claim to be professional historians of Japan. That is to simply try running out of a job anyone who says things they don't like. Professor Sweet, Professor Ramseyer, Professor Arima—all three said things which the cancel "historians" found politically disagreeable. And so the usual onslaught began.

Politicizing the Past for Present Gain

But the Japan connection to the unfortunate politicization of the AHA runs much deeper still.

In 2015, members of the AHA went on a coordinated and sustained attack against the then-prime minister of Japan, the late Shinzo Abe. Why? Prime Minister Abe's government had dared question a world history textbook by Herbert Ziegler and the late Jerry Bentley. When the textbook was published, both were world history scholars at the University of Hawai'i.

It was understandable why some in the Japanese government had questions about the textbook. Professors Ziegler and Bentley made claims about Japanese and Korean history in that textbook that were wildly divergent from both documentary evidence and common sense.

Take, for example, Professors Ziegler and Bentley's claims that "up to 300,000" women and even young girls had been "dragooned" into sexual servitude by the Japanese military on the Korean peninsula and presented to troops as "a gift from the Emperor." Moreover, the two claimed, the victims were then "massacred" in droves at the end of the war.

The reason is that such sources do not exist. The claims by Professor Ziegler and the late Professor Bentley are fictitious, works of complete imagination. Such things belong in novels, not in history textbooks.

Nevertheless, more than five hundred "scholars" signed on to the crusade by AHA members against Prime Minister Abe. All because someone in Abe's government had asked questions about Professor Ziegler's fake history.

Making matters worse, the AHA crusade's credibility was further compromised due to its leadership. It was led by one of the most notorious anti-Japan activists in the United States, Professor Alexis Dudden at the University of Connecticut.

Professor Dudden's anti-Japan bona fides are well established. For example, Professor Dudden took part in a feminist show trial for the deceased Showa Emperor in the early 2000s. It was a scene replete with, as esteemed Japanese historian Ikuhiko Hata recalls, weeping over alleged former comfort women as though the trial members were in some kind of cult.

Professor Dudden is also well known for accusing those who dispute her negative view of Japanese history of "Holocaust denialism."

The professor has also shared a speaking platform with disgraced South Korean politician Yoon Mee-hyang. Yoon was indicted in South Korea for defrauding comfort women and embezzling cash from the organization putatively designed to help them in their old age.

In Yoon Mee-hyang's case, both her husband and sister-in-law were arrested as North Korean spies.

It is clear that Professor Dudden's crusade against Prime Minister Abe was not about history. It was about politics. She was willing to go to war over fake history as long as it would hurt a political leader she despised and the country that leader represented.

It Is Time for a Real Debate

I wrote to the AHA when Japan was being attacked in 2015 to point out that the passages in question in the "history" textbook were groundless. But the AHA was untroubled by the fake history its members were circling the wagons around.

To this day, seven years later, Herbert Ziegler has yet to reveal his sources. And the AHA has yet to explain why it allowed its platform to be used as a cudgel for attacking the leader of a foreign country over demonstrably false "history."

To my knowledge, not one of the more than five hundred people who signed onto Professor Dudden's political activism have thought better of it and withdrawn their support.

As with the latest debacle over African and American history at the AHA, it appears that, for mainstream historians in the United States, toeing the political line is more important than telling the truth about the past.

This is lamentable, and it needs to change. It is time to stop canceling those with whom we disagree. It is time to go back to the sources and read the documents about comfort women history. Historians must act like historians, and not like children on a playground. If we disagree with someone, we should write scholarly rebuttals, and not call them names and try to beat them into submission.

It is time to remember that the study of history must be divorced from political bias. I invite historians of goodwill who remain in the AHA to reclaim their profession for truth, and not politics, and to join historians in Japan in seeking the full truth about history.