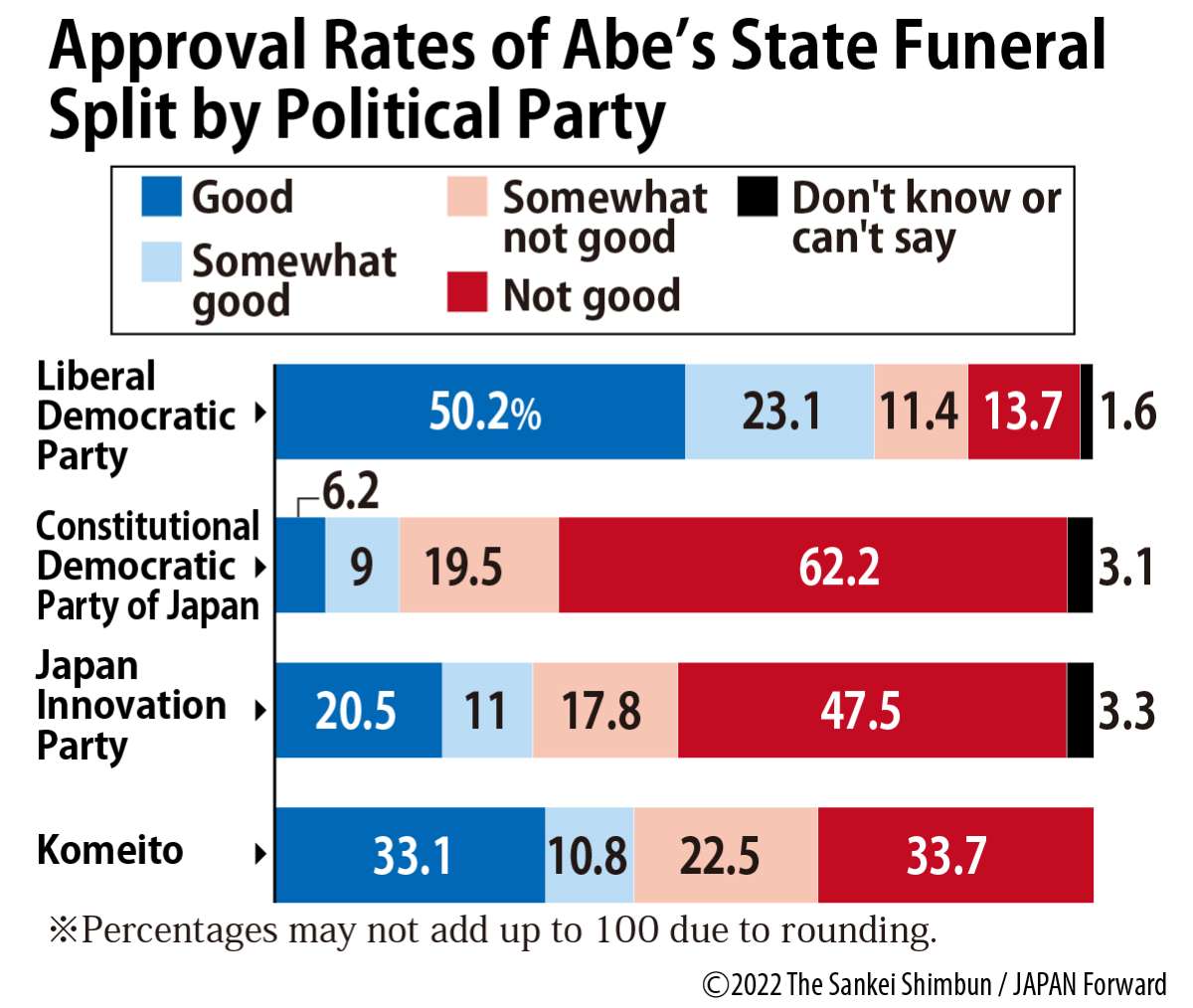 On the other hand, negative responses were notable among other party supporters, with 80% of Democratic Party of Japan (DPJ) supporters saying that the decision was “not good.”

In terms of age, the survey indicated that the younger the generation, the more widespread the approval of holding a state funeral.

Overall, 50.1% of respondents said that the government’s decision to hold a state funeral was “good,” closely followed by 46.9% who said it was “not good.”

By party affiliation, 73.3% of LDP supporters said that the decision was “good,” far exceeding the 25.1% who said it was “not good.”

Conversely, among supporters of the Constitutional Democratic Party of Japan, which has expressed its opposition to holding a state funeral, 81.7% said that the decision was “not good,” while merely 15.2% said it was “good.”

A similar trend was seen among supporters of the Japan Innovation Party, which is calling for a Diet deliberation on the issue. Those who answered “not good” (65.3%) exceeded those who answered “good” (31.5%).

More supporters of Komeito, which forms a coalition government with the LDP, believed the decision was “not good” (56.2%) as opposed to “good” (43.9%).

The Abe Cabinet was noted for high approval ratings among the younger generation. The joint survey seemed to confirm this by showing that the younger the respondents, the more likely they were to support a state funeral for Abe.

How the Poll was Conducted

The survey was conducted over the phone using random digit dialing (RDD), a sampling method for randomly generating phone numbers according to the gender and age bracket in the respective survey areas until a target number of responses was reached. The ratio of fixed-line phones to mobile phones in the poll was 4 to 6.

When a reply about support for the current Kishida Cabinet was unclear, the question was rephrased by expanding the options to include “somewhat approve” or “somewhat disapprove.”

The survey covered a sample of 1,138 men and women aged 18 or older across the country.