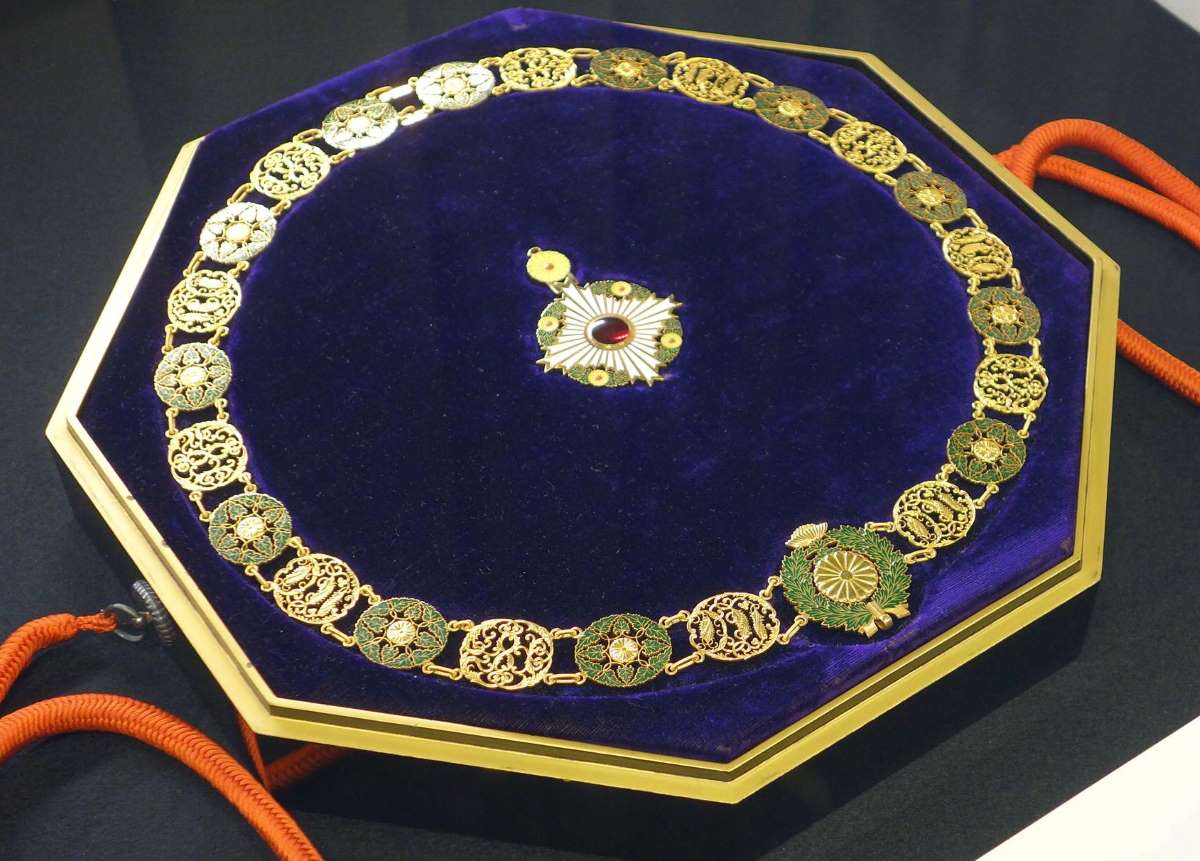 The Collar of the Supreme Order of the Chrysanthemum.

On July 11, the Japanese government announced that former Prime Minister Shinzo Abe has been awarded the Collar of the Supreme Order of the Chrysanthemum. Mr Abe was shot and killed on July 8 while campaigning for candidates standing in the election for the Upper House of the Diet.

Awarded mainly to members of Japan’s royal family and to foreign royalty or heads of state, the Order of the Chrysanthemum, (大勲位菊花章 | Dai-kun-i Kikka-shō Kubikazari) is the highest and most exclusive order of awards in Japan.

According to the Cabinet Office, Shinzo Abe is the fourth postwar Prime Minister to be awarded the Order of the Chrysanthemum, following Shigeru Yoshida, Eisaku Sato, and Yasuhiro Nakasone.

On July 11, Chief Cabinet Secretary Hirokazu Matsuno explained: “This is in recognition of his many years of career and accomplishments, including his efforts in diplomacy, economy, and security policy, with a particular focus on Japan-US relations. Abe has also been awarded the Junior First Rank of Court.

Several politicians including the current Prime Minister Fumio Kishida attended a wake for Mr Abe later on July 11 at Zojoji Temple in Tokyo.

It was reported by the Imperial Household Agency that Their Majesties, Emperor Naruhito and Empress Masako sent flowers and gifts to Zojoji Temple, and at around 4:30 PM, their chamberlain burned incense on their behalf.

The ceremony was also attended by United States Treasury Secretary Janet Yellen, who is visiting Japan, and by US Ambassador to Japan Rahm Emmanuel.

A funeral for Prime Minister Abe will take place at the Tokyo temple on Tuesday, July 12. According to multiple US news sources, former US President Donald Trump has expressed a wish to attend.