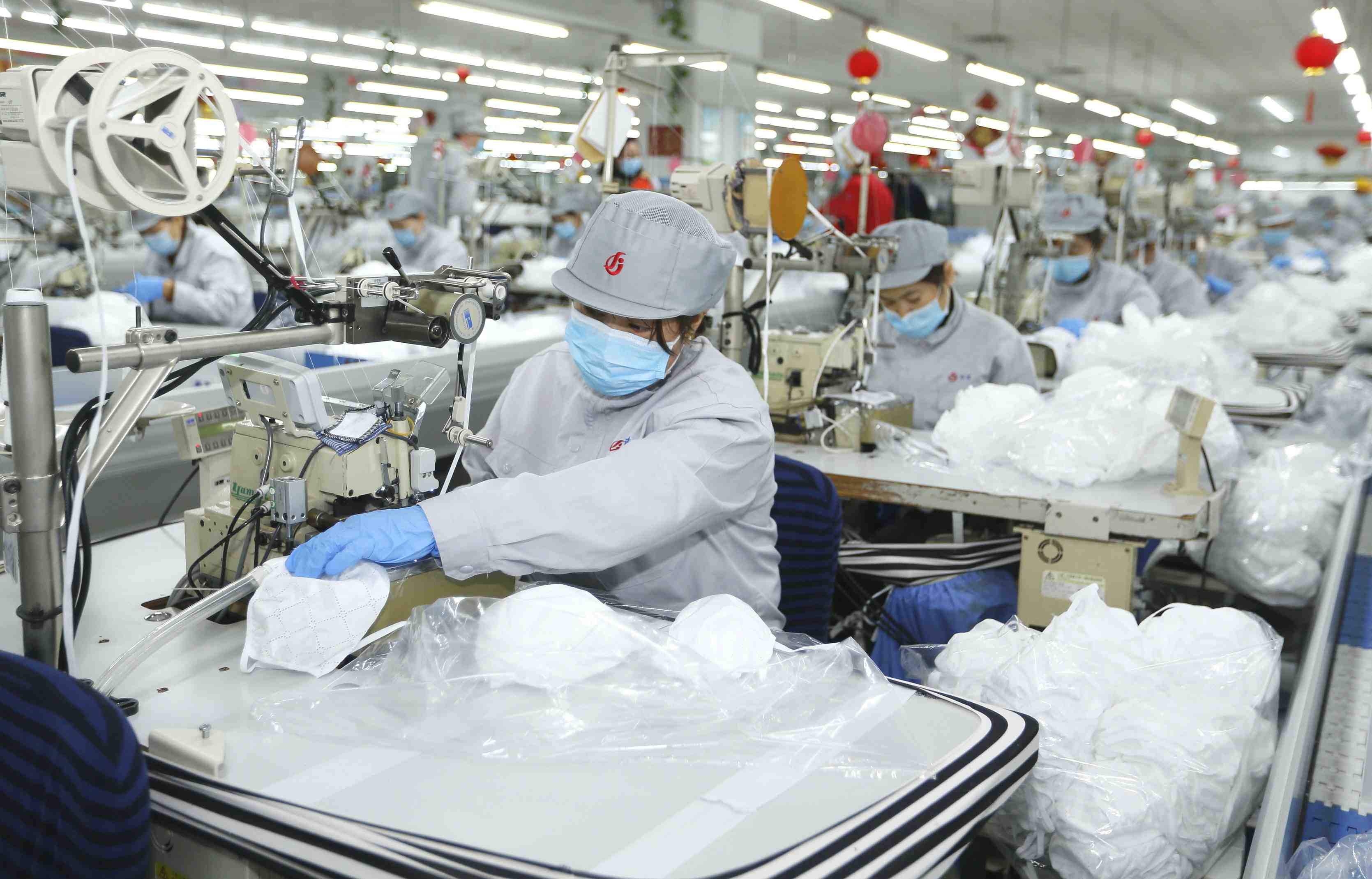 In the early stage of the coronavirus pandemic, Japan identified one flu drug, Avigan, developed by Fujifilm Holdings, that had shown some effectiveness in treating COVID-19. Many countries reached out to Japan to gain access to this drug, and Prime Minister Shinzo Abe decided on April 3 that Japan would offer the drug for free as part of Japan’s contribution to curbing this pandemic.

There was one major issue. It turned out that one of the critical components for the drug — diethyl malonate — was sourced from China. No company in Japan made it anymore. Denka Co. had produced it at its factory in Niigata until April 2017, but stopped doing so due to fierce price competition with China.

China-based pharmaceutical companies saw the growing global demand, and decided to produce and sell worldwide a generic version of Avigan called “favipiravir.” The Chinese supplier then cut off the supply of the component to Fujifilm. Japan immediately responded by providing a subsidy to Denka to restart its production line in Niigata. 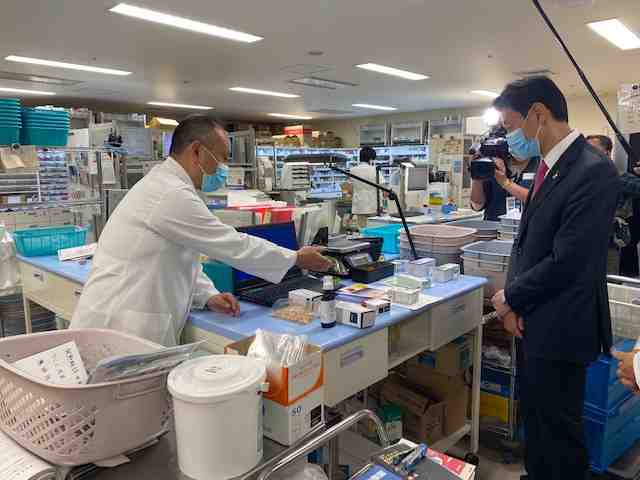 Not Just One Component

As the pandemic spread worldwide, other significant supply shortages surfaced as well — for consumer masks, rubber gloves, medical gowns, and then the all-important personal protective equipment (“PPE”) used by medical staff, along with medical-grade respirators and N95 masks.

As the list of items came into greater focus, a startling image surfaced: Japan was seriously over-dependent on sole sourcing from China for the supply of critical items needed to fight the coronavirus battle.

Chinese suppliers slowed exports, not only to meet their own needs, but to raise prices. For high-demand items, surgical masks and respirators prices increased by 182%.

And Japan was not alone. The world was dependent upon China not only for the supply of PPE, but for a wide range of items, some of which are even more critical.

‘The World’s Factory’ for PPE and Pharmaceuticals

While many pharmaceutical companies have kept their research facilities at home, they have gradually become dangerously over-dependent upon drugs, especially generic drugs, and critical components made in China because of cheaper costs. The data is quite astounding.

With over 11,000 producers, China is the global producer of “active pharmaceutical ingredients” (APIs), the precursor components used in generic drugs. The United States estimates that it sources over 80% of the APIs used in the U.S. from China. Over 40% of U.S. generics are manufactured in India, but over 75% of the APIs they use come from China.

China is the largest producer of not only vitamins, but also antibiotics. Forty percent of the antibiotics prescribed in the U.S. are sourced from China. That rises to 52% of penicillin, and reaches over 90% for some types of drugs.

And China has noticed. In fact, in 2019, one senior adviser and well-known academic, Li Daokui, suggested that China could shut down every hospital in America if it chose to cut off the supply of antibiotics. In his view, limiting access to medicines was a legitimate response by Beijing to U.S. controls on technology and software. Medicine — used as a weapon in a trade dispute.

Japan is also heavily dependent on China for APIs, although not to the degree that the U.S. and India are.

Moreover, Japan has experienced China’s uninhibited willingness to use its supply of critical materials to punish or try and force compliance with Beijing’s wishes.

RELATED STORY: EDITORIAL | Senkaku Lesson From 2010: China Knows a Pushover When It Sees One

China responded by dramatically cutting off the supply of rare earth metals to Japan. China is the world’s largest producer. With no readily available alternative sources, Japan saw multiple critical products — from the production of hybrid vehicles and smartphones to wind turbines and satellites — in serious jeopardy of being shut down.

As of 2018, China supplied more than 50% of the world’s demand for respirators, surgical masks, and medical gowns. 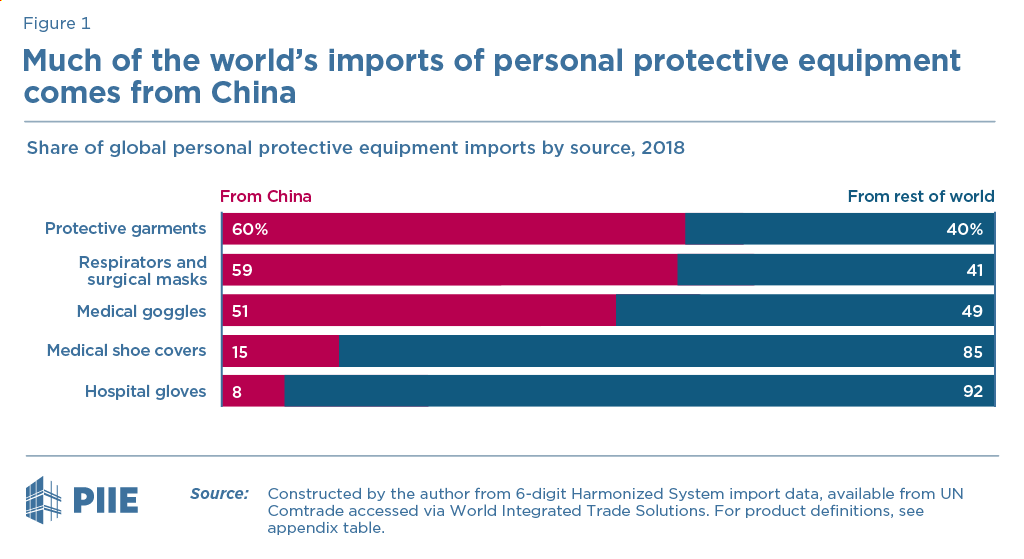 And Japan sits at No. 3 in terms of total China exports for PPE, just after the U.S. and the European Union. 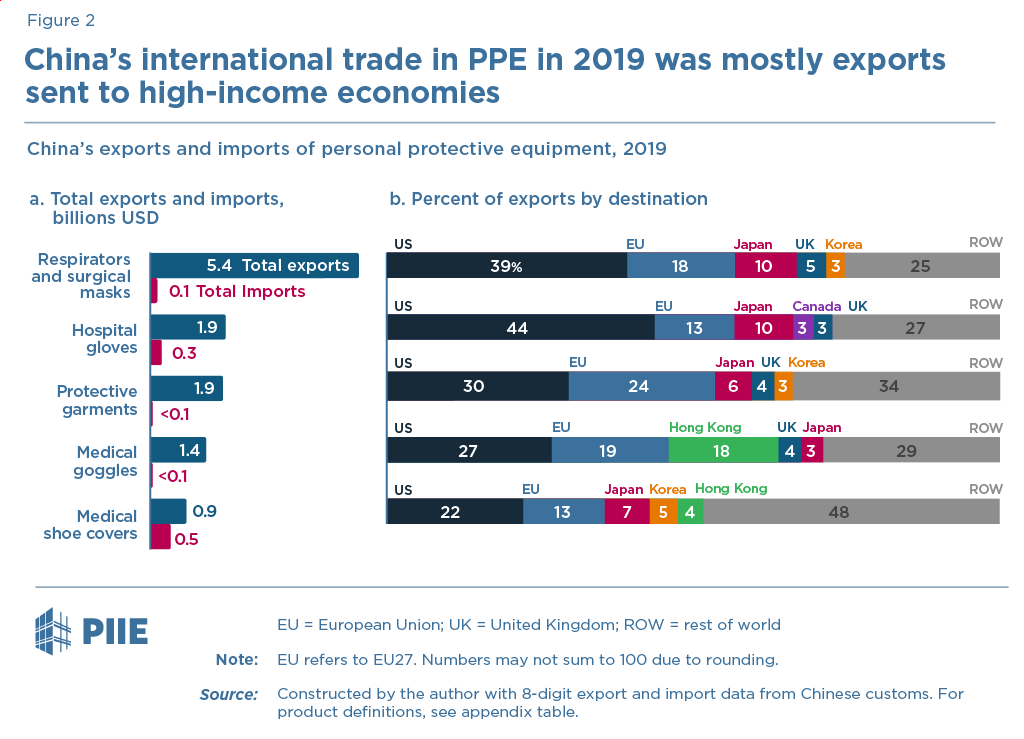 Buried among multiple COVID-19 initiatives introduced by the Abe administration in March 2020 was a ￥220-billion JPY ($2.1-billion USD) program to provide subsidies to Japanese companies who would relocate production from China to Japan, or to a third country in ASEAN.

Many of the approved companies were manufacturing PPE in China. Iris Ohyama moved a mask production line to Japan. Showa Gloves will make gloves domestically. Ace Japan is building a new factory in Yamagata to make drug ingredients that it had been importing from China.

The second round closed in July, and an astounding 1,670 companies applied for subsidies worth ￥1.76 trillion JPY ($16.8 billion USD). The applications amounted to some 11 times more than the remaining amount budgeted for the program. More funds for this highly successful program should be approved in the next supplementary budget.

What an extraordinary response! Japanese companies are lining up to relocate from China to Japan, or with a lower subsidy to another ASEAN country. India was recently added as a destination for relocation.

The initiative is moving well beyond PPE and APIs. Other significant areas of dangerous overdependence have surfaced.

Some countries, such as the U.S., which now see this overdependence as a vulnerability that approaches a threat to national security, are talking about a complete “decoupling” from China.

Japanese companies will continue to maintain and even expand their factories in China to service the needs of the Chinese domestic market. But there is now an acute awareness of the need to diversify and rebalance supply chains, and reduce the overdependence on China-based production that has crept into many global companies.

China is a country that does not hesitate to use trade as a weapon. The Abe “Come Home” program is now a global best practice for other democracies to emulate.