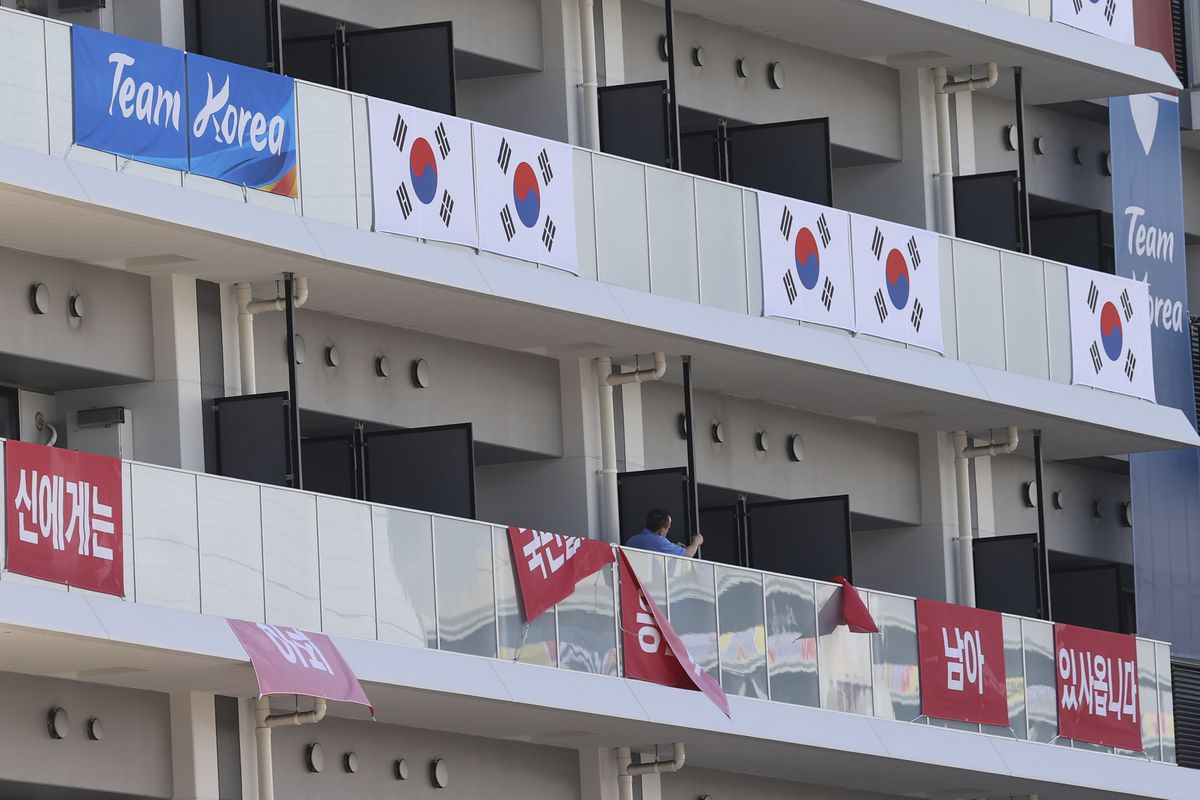 Differences in national traits can become the subject of jokes.

For example: A fly is discovered in a bowl of soup ordered in a restaurant…

The Brit puts the spoon down, makes a sarcastic joke and leaves. The American files a lawsuit. The Russian is so drunk he doesn’t realize what is going on. The Japanese checks if there are flies in the other customers’ soup, and then calls the waiter.

Meanwhile, the South Korean blames Japan for the fly, before burning the Japanese flag.

Unfortunately, South Korea’s behavior at Tokyo 2020 is not dissimilar to that in the joke, and it is far from amusing.

For example, South Korea threatened to boycott Tokyo 2020 if Takeshima (Dokdo in Korean) was not deleted from the map of Japan on the official organizing committee homepage.

In the end, South Korea decided to take part, but its delegation could not resist displaying anti-Japanese banners inside the Olympic village. These banners were later taken down after an IOC ruling informed them that the banners violated the Olympic Charter.

Moreover, the South Korean delegation has prepared its own packed lunches, stating they don’t want to eat food sourced from Fukushima – the site of the nuclear disaster in 2011.

The delegation is doing this even though the safety of Fukushima food has been scientifically proven, and as a result, they are spreading harmful rumors.

Furthermore, the South Korean media has claimed that the Olympic bouquets presented to medalists are made up of Fukushima flowers.

On a personal note, though, I have not disliked South Korea in the past. I worked at the 1988 Seoul Olympics as a reporter and I was transfixed on the event as it showed South Korea’s recovery in the wake of the Korean War, similar to Japan’s postwar display at Tokyo 1964.

At that particular time, I believe the sentiment of the South Korean people was more pro-Japan and less anti Japan compared to now. The country was experiencing rapid economic growth, known as the “Miracle on the Han River.”

As an executive at a major South Korean trading firm once told me: “Japan has been our model, but we will catch up to them and then overtake them.”

Once, when I was drinking at an outdoor stall in Seoul, an elderly man suddenly started talking to me in Japanese. I braced myself for a possible argument, but instead, he spoke about how South Korea became a democracy in 1987 – a year before the Seoul Olympics – and then he bought me a drink.

The security against the media at Seoul 1988 was strict, but I vividly remember one female security guard who always greeted me in Japanese. Also, the students who helped out with the interpreting were fond of Japan.

In the years that followed, Korean TV dramas such as “Winter Sonata” became popular in Japan, Japanese youngsters took an interest in K-Pop, and old guys like myself grew fond of spicy Korean food and the country’s alcoholic drinks.

South Korea used to feel so close, but now it seems like a distant land. It does not need to be said which side caused this to happen.

(Read this essay in The Sankei Shimbun in Japanese at this link.)