[Speaking Out] China’s ‘Quasi-War’ with Taiwan 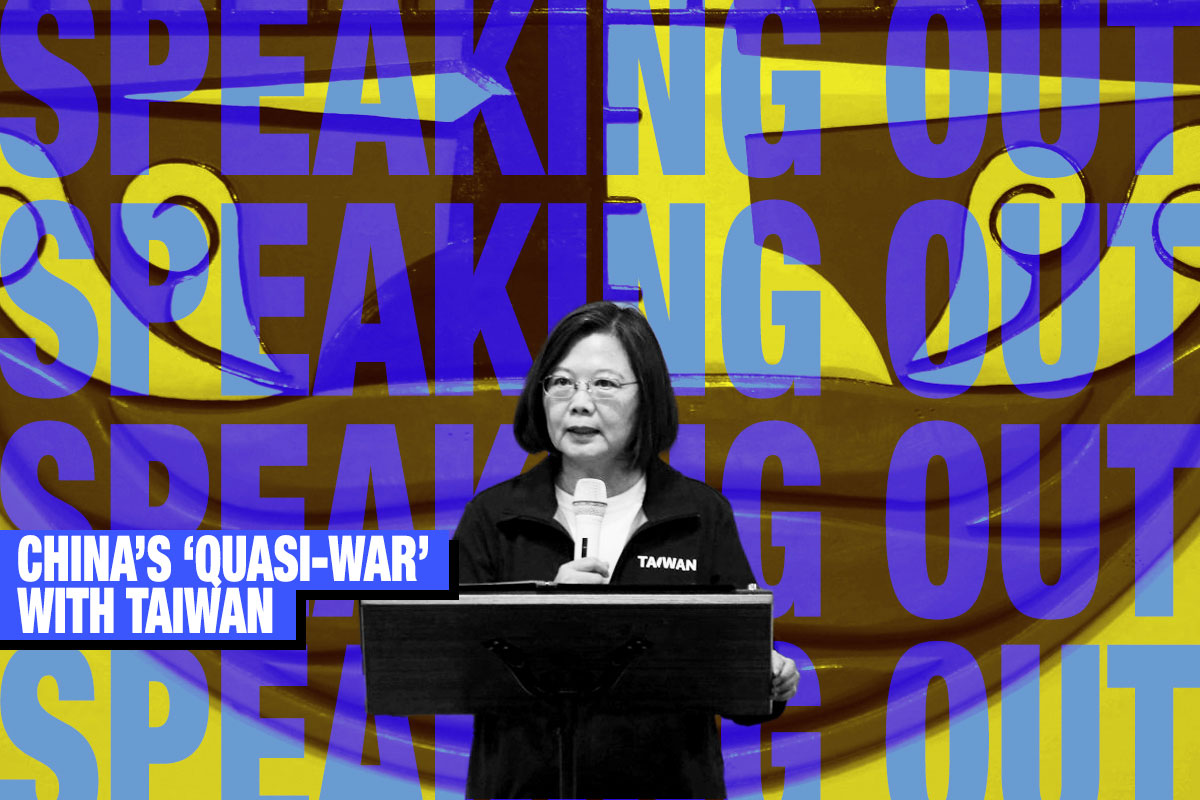 Taiwanese President Tsai Ing-wen instructed the defense and foreign  ministers and other senior administration officials at a meeting of the National  Security Council on October 31 to make full preparations for any assumed contingency in connection with rising military tensions in the Taiwan Strait.

Chinese forces have repeated provocative actions since last summer, including a series of Chinese military drills near the Taiwan Strait and frequent incursions by military planes into Taiwan’s air defense identification zone.

From the beginning of this  year to October 7, a total of 1,710 Chinese military planes intruded into the Taiwanese ADIZ, including 49 that crossed the centerline of the Taiwan Strait, according to the Taiwanese Defense Ministry. Both numbers are the highest in three decades.

In response to Chinese planes’ incursions, Taiwanese fighter aircraft  scrambled to intercept them. A former senior Taiwanese official said he viewed China as “in a quasi-war” with Taiwan.

The Standoff Could Escalate into Armed Clashes

Tsai and her aides are concerned that China could enhance military  pressure on Taiwan during the U.S. political transition between the November 3 presidential election and the presidential inauguration on January 20, leading some accident to escalate into an armed clash.

Behind China’s toughened attitude against Taiwan has been its  dissatisfaction with recent closer relations between the United States and Taiwan. The U.S. Trump administration sent Health and Human Services Secretary Alex Azar to Taiwan in August, and Undersecretary of State Keith Krach paid a visit to Taipei in September, launching effective government-to-government interchange in the absence of bilateral diplomatic relations. The U.S. has also announced a series of plans for arms sales to Taiwan.

The Chinese actions may have stimulated Taiwanese patriotism to the  contrary.

Possible Spillover of an Armed Clash into Okinawa

A poll announced by a Taiwanese think tank on October 24 found that a  record high of 77.6% responded that they would “fight for Taiwan” in the case of  Chinese invasion. Behind the figures is said to be a rapidly increasing number of Taiwanese who do not want to see Taiwan being annexed to China after the enforcement of the national security law in Hong Kong in June.

As any armed clash between China and Taiwan could lead U.S. military bases in Okinawa to be attacked by China, it should not be considered by Japan as someone else’s affairs. Japanese people should pay more attention to the Taiwan Strait situation.

(A version of this article was first published by the Japan Institute for National Fundamentals, Speaking Out #734 on November 4, 2020.)

Dripping with Irony and Yet Lyrical: How Cartoonist Taco Lin’s Satire is Very Much Like Taiwan