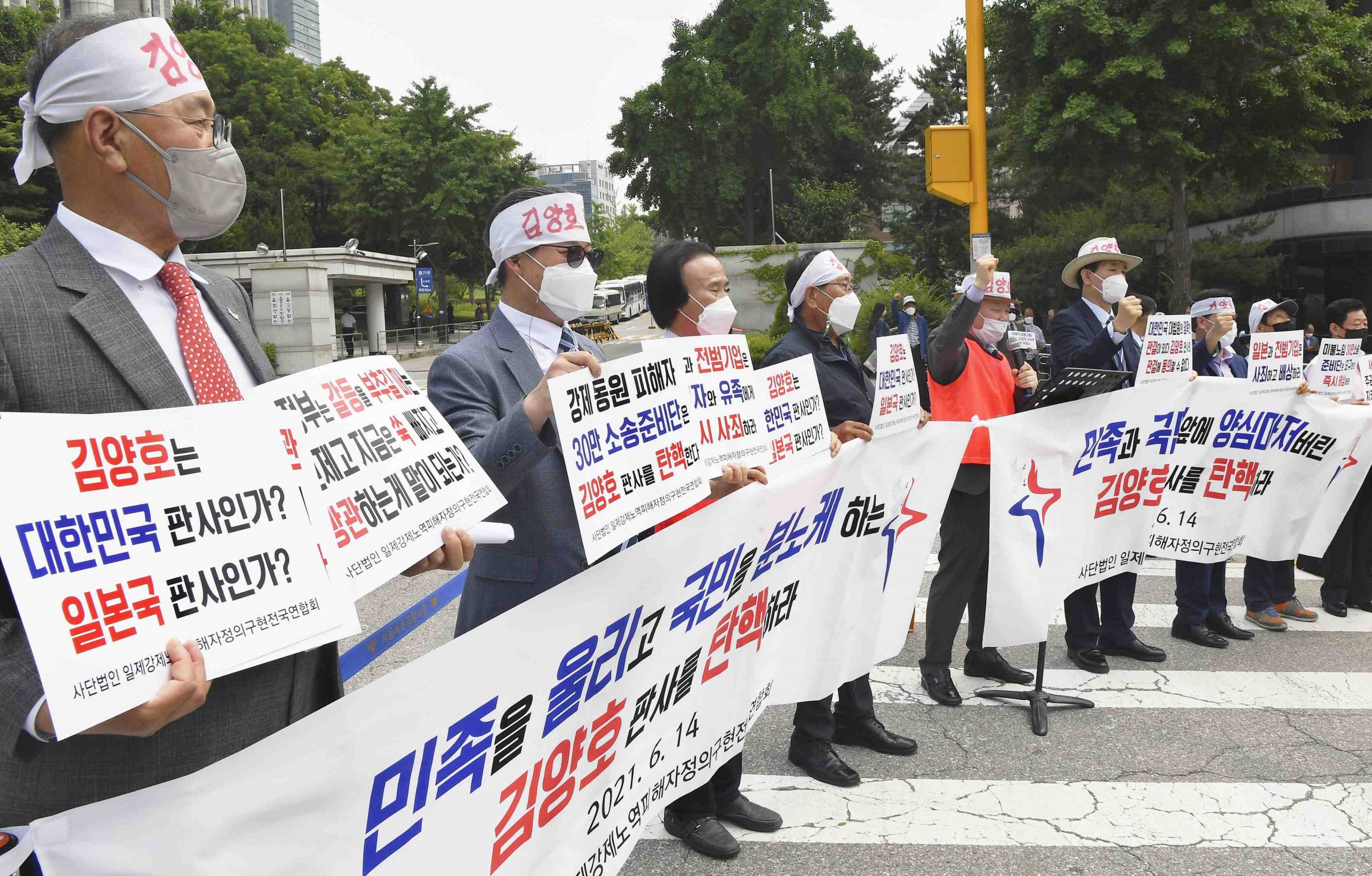 On November 13, Japanese Prime Minister Fumio Kishida held his first official meeting with South Korean President Yoon Suk Yeol in Phnom Penh. South Korean government officials said although the Japanese and South Korean leaders discussed no specifics about the issue of wartime Korean workers in Japan, the number of potential solutions was narrowed down to one or two by working-level negotiators.

The Yoon government since its start has made efforts to avoid a situation in which some Japanese companies' confiscated assets are converted into cash for compensation payments to wartime Korean workers, forcing the Japanese government to impose sanctions for it.

An initially proposed solution called "payments by subrogation," under which the South Korean government pays the compensation in place of the Japanese companies, has been dropped because it has been found that such payments must be approved by plaintiffs in suits for the compensation.

Instead, a "concurrent debt assumption" formula, which would lead the Foundation for Victims of Forced Mobilization by Imperial Japan to assume the payments without approval by the plaintiffs, has emerged and the two countries' foreign ministry officials are now discussing legal aspects of the proposal in detail, according to the officials.

Traps are a Problem With the Foundation's Formula

As a result, Japanese and South Korean judicial orders contradict each other. In such a situation, Japanese companies should not take any action that could be interpreted as accepting the South Korean court's order.

The second problem is the lack of fairness. If the foundation's assumption of the compensation payments is realized through the South Korean government's hard efforts, the Japanese companies' assets may be protected. Such a solution is welcomed as it would abide by international law.

In South Korea, however, many former wartime workers, soldiers, and paramilitary personnel excluded from the solution are expected to erupt in complaints saying it is unfair.

The third problem is the "spell" of South Korean top court ruling. It is based on the premise of the existence of the "right to compensation for mental suffering from Japan's illegal rule" of the Korean Peninsula.

Such a right was not admitted in the San Francisco Peace Treaty. The South Korean government has never asserted the right since the normalization of relations between the two countries in 1965. But some lawyers, scholars, and activists in Japan and South Korea believe that Japan should pay such compensation.

Japan Should Not Yield It's National Interests

All three problems are not easy to solve. The framework for the foundation's assumption of the compensation payments may be maintained only when the Yoon government keeps the governing power.

The Japanese side should be prepared for the next government in South Korea to take a different view. It might require the Japanese government and companies to accept again what would run counter to international law.

While considering such a possibility, Japan has no choice but to keep some distance from South Korea. It must deal with the country in a way that ensures Japan's national interests are defended.

(A version of this article was first published by the Japan Institute for National Fundamentals, Speaking Out #987 in Japanese on November 21, 2022.)

Author: Tsutomu Nishioka
Tsutomu Nishioka is a senior fellow and a Planning Committee member at the Japan Institute for National Fundamentals and a visiting professor at Reitaku University. He covers South and North Koreas.