Taiwan in the Wake of Ukraine: Implications for the US-Japan Alliance 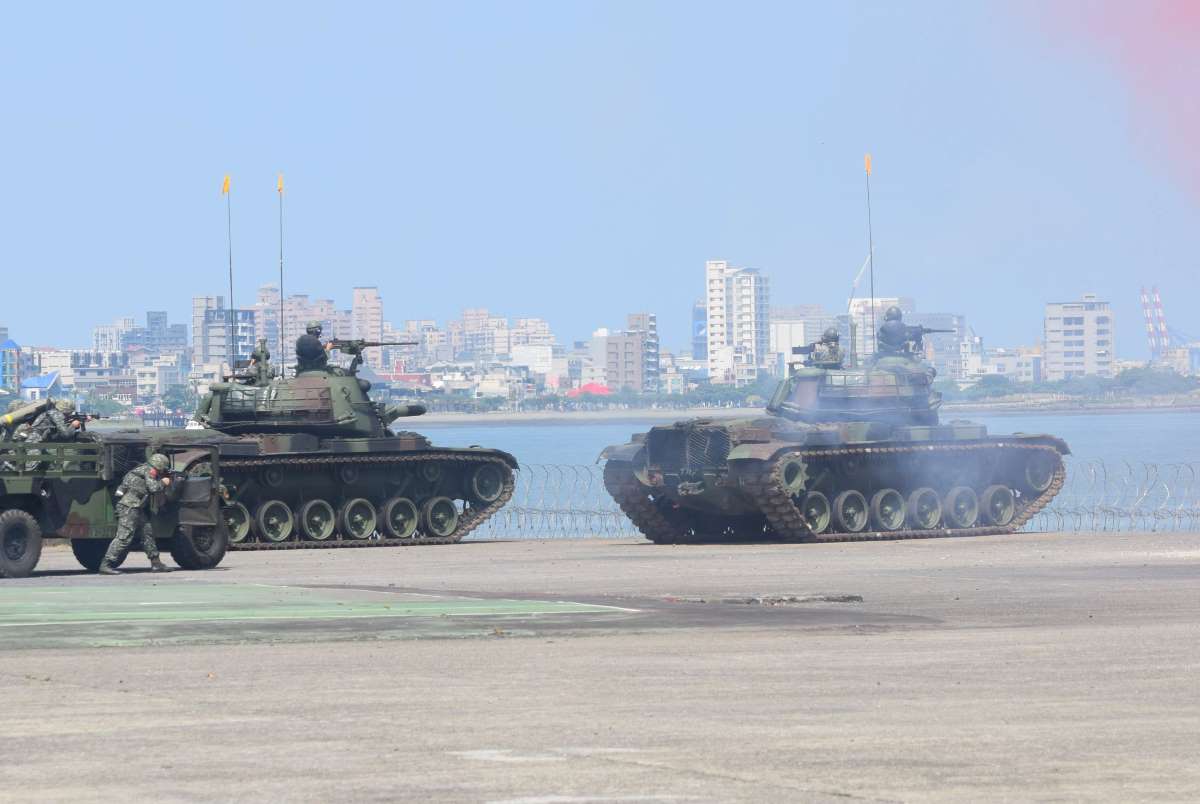 Army tank conducting special forces landing prevention exercises at the mouth of the Tamsui River on the outskirts of Taipei, Taiwan in June 2018. (Photo by Yasuto Tanaka)

Russia’s invasion of its small neighborUkraine  has exposed risks China would face in an invasion of Taiwan. At the same time, it has revealed challenges that Japan, the United States, and the US-Japan alliance would face and should be prepared for.

In this part 2 of a series on the implications of a Taiwan contingency, the authors examine the preparations needed by Japan and the United States before a contingency is at hand, and implications for the Japan-US alliance of the scenarios discussed in the first part.

Part 1: Leaderless, Cut Off, and Alone: The Risks to Taiwan in the Wake of Ukraine


The United States would not be the only intended target of Chinese coercion.

The US-Japan alliance, too, would fall in China’s crosshairs, given that the security partnership remains the cornerstone of an effective American strategy to defend Taiwan. If China were to implement the measures outlined in part 1, allied resilience and responsiveness would be essential to denying Beijing a victory.

Getting caught wrong footed amid fast-moving events would not only slow efforts to keep up with Beijing’s coercive tactics. But it could also sow division within the alliance if both sides cannot agree on the speed and timing of countermeasures. Washington and Tokyo need to ensure that the expected series of Chinese blows do not paralyze the allied decision-making process.

First and foremost, the alliance should be prepared to confront nuclear brinksmanship during the initial stages of a cross-strait contingency. Beijing’s nuclear signaling would be intended, in part, to raise questions about the credibility of US extended deterrence, thereby driving a wedge between the allies.

For example, the PLA’s Rocket Force could purposefully display its nuclear-capable theater-range missiles — designed to reach offshore targets like US bases in Japan — in a show of resolve. The United States would need to undertake countermoves to convince China that it will not back down.


Understanding the Risks for Japan

In such a war of nerves, Tokyo must resist the enormous pressures to stay on the sidelines, a decision that would almost certainly fracture the alliance.

Japanese policy makers should also have a clear-eyed understanding of the escalatory risks that they would need to assume as the United States pushes back against Chinese nuclear coercion. Mutual confidence would be at a premium.

As such, close consultations will need to take place well in advance to strengthen the alliance to withstand Chinese nuclear saber rattling and American responses to it.

Preparing to Defend the Homeland

At the same time, Japan needs to plan for counter-blockade scenarios that could compel Tokyo to invoke collective self-defense. For instance, if US policy makers decided to resupply Taiwan or to run a blockade, what should be Tokyo’s role?

If American naval forces escorting a convoy to the island were to come under Chinese attack, would the Self-Defense Force be permitted to respond given Japan’s right to exercise limited collective self-defense? If so, what kinds of assistance would Japanese forces be able to render?

In the hurly-burly of a crisis, especially the kind hypothesized here, there would be little time to debate the finer points of legal authorities. In short, Japanese policy makers should try to arrive at answers to the above questions now, before the exigencies of a real conflict overwhelm them.

The bottom line is that Washington and Tokyo should think through the challenges of a forward-leaning Chinese strategy that seeks to knock the alliance off balance.

Even if Chinese leaders were to draw different lessons from those proposed above, it still behooves the allies to anticipate how Beijing would employ nuclear signaling, blockade, and decapitation. These are central to PLA doctrine and would likely feature prominently in a cross-strait war.

This article is a companion to one originally published on April 5, 2022 by War on the Rocks, a leading US online journal on strategy, defense, and foreign affairs.

Evan Braden Montgomery is the director of Research and Studies at the Center for Strategic and Budgetary Assessments (CSBA). Toshi Yoshihara is a Senior Fellow at CSBA and is the recipient of the 2021 Kokkiken Japan Study Award. Find other articles by Dr. Yoshihara and about CSBA on JAPAN Forward.