The 35 Technologies That Could be China's Economic Achilles' Heel 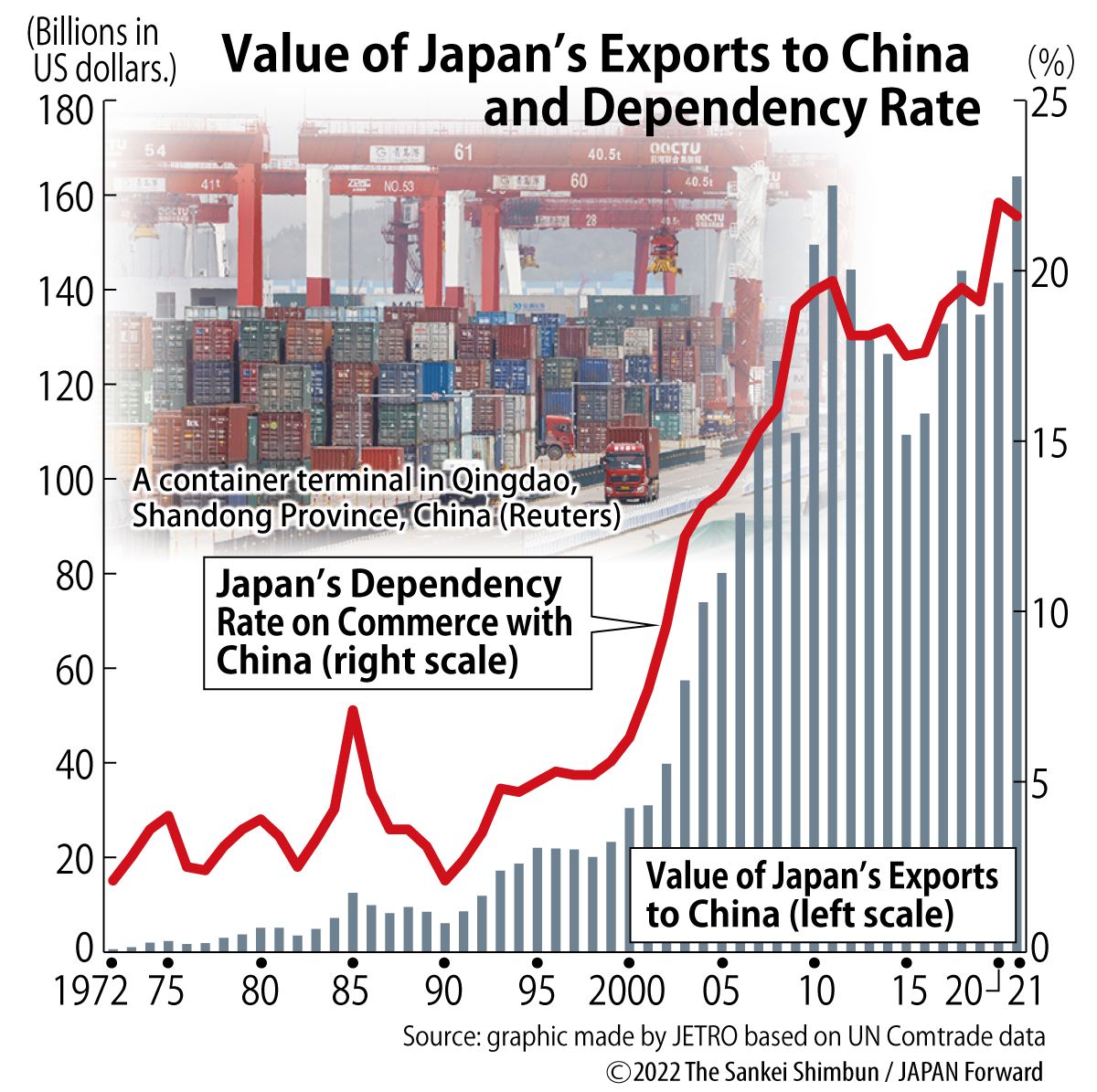 An article published in the Chinese State Council-controlled newspaper Science and Technology Daily in 2018 has caught the attention of the Japanese government. It featured 35 technologies that could prove to be China's Achilles' heel, as China is unable to produce them independently. The article was taken down from the paper's website, most likely because it broadcasted China's vulnerabilities for the world to see.

According to a Japanese government official, those 35 technological fields include those in which Japan has established a strong market presence. The most prominent is photoresist technology for semiconductors, for which Japan has 90% of the global production share. Drawing complex circuits with a laser is a necessary step in producing semiconductors, and photoresists act like woodblocks to create the parts that the laser must not hit.

China exports cheap semiconductors worldwide, but they cannot be produced without Japanese technology. A spokesperson for JSR, a major photoresist manufacturer, says that even if China wishes for complete domestic production of their semiconductors, "Japan's years of experience make all the difference. It's not a field where you can catch up quickly by simply investing money."

The Japanese government is looking into China's vulnerabilities because of the dangers posed by Japan's economic ties with Beijing. The regime has become increasingly aggressive with the backing of China's growing economic power.

In retaliation to South Korea's decision to adopt the US military's THAAD anti-missile system in 2016, Beijing effectively expelled South Korean companies from China. Canada became a target of Beijing's intimidation tactics in 2018, followed by Australia in 2020.

In April 2020, China's President Xi Jinping declared, "We must make the global production chain more dependent on our country and build the capacity to launch a strong counterattack to restrain foreign nations from stopping their supplies."

In thinly veiled words, Xi made it clear that he considers dependence on China a weapon for him to manipulate foreign governments. But the list of 35 technologies could provide a powerful means of counterattack.

The Japanese government should have taken this incident as a lesson learned and sped up economic security legislation. Instead, an agency tasked with economic security matters was only added to the National Security Council (NSC) in April 2020, almost ten years after China halted rare earth exports. The Economic Security Promotion Law came two years later, in May this year.

The pillars of the law are largely defensive, such as strengthening supply chains and securing key infrastructure. But countering China requires offensive measures as well.

It has been pointed out that the NSC's economic agency consists of personnel who specialize in export management and lacks industrial policy experts who could help Japan discover overlooked bargaining chips.

Kazuto Suzuki, a professor at the University of Tokyo's Graduate School of Public Policy, noted that supplier diversification and stockpiling alone would not be enough to resist economic intimidation from China.

"We need economic weapons that can be used to retaliate against China's intimidation. In other words, it is crucial for Japan to develop unique technologies and products that cannot be found elsewhere, and this will serve as a strong deterrent."

Since the normalization of Japan-China diplomatic relations in 1972, economic relations between the two countries have developed steadily. The mutual exchange of people, goods, and money made Japan and China indispensable partners, which meant disputes could be managed peacefully without resorting to force. Even when China's rise as a global power became evident in the 1990s, strengthening Japan-China economic relations was widely perceived in a positive light.

In the 2000s, despite the cooling of Japan-China relations due to then-PM Junichiro Koizumi's visit to Yasukuni Shrine, economic relations continued to serve as the bond between the two countries — a situation that was dubbed "cold politics, hot economy" in Japan. People assumed that politics and economics were separable and that strengthening economic ties would in turn improve diplomatic ties.

This changed when Trump became US president in January 2017 and pursued a strategy of decoupling the US economy from China. The Japanese government began to also address economic security to counter China, which was wielding its rapidly growing economic power to intimidate neighboring countries.

Nevertheless, China surpassed the US as Japan's top trading partner in 2017, and trade has now ballooned six-fold since 1995. Since it would be unrealistic to completely cut economic relations with China, the crucial question is how Japan should position China in its ideal economic order.

Some argue that while former PM Shinzo Abe took a tough stance against China, PM Kishida may be seen as a more manageable opponent by Beijing. This is because the Kochikai, a faction within the Liberal Democratic Party (LDP) spearheaded by Kishida, has traditionally placed importance on Japan-China relations. However, some within the Chinese government have expressed the exact opposite.

Early this year, Japanese government officials were surprised to be told by China's foreign ministry officers that they feared Kishida more than they did Abe.

When asked why, an official said, "Kishida does not have a strategic view of diplomacy. He might get swayed by voices within the LDP. Abe had a specific strategy, so even if other members of his party had different opinions, he always found the answer himself."

Abe made it abundantly clear that he would stand up against China as an ardent patriot. In his meeting with President Xi Jinping over the Senkaku Islands in Ishigaki City, Okinawa Prefecture, he said, "Do not touch my islands. Do not misjudge my intentions."

But Abe showed a different side to this hawkishness when it came to economic relations.

Time is Running Out

Although the Abe administration pushed for a Free and Open Indo-Pacific (FOIP) as a net encircling China, it also offered conditional cooperation to China's Belt and Road Initiative and went to great lengths to preserve stable relations with Beijing.

When Xi declared in April 2019 that he would respect international rules, Abe welcomed this apparent change of heart and invited him as a state guest in the spring of 2020. Abe believed that as long as Xi showed respect for international rules, Japan should maintain dialogue with Beijing regardless of opposition within his party.

But PM Kishida is troublesome for Beijing because he is seen to not uphold rule-based order as much as Abe did. If Beijing enters negotiations with Japan only to have Kishida do a U-turn, the regime may face considerable domestic criticism for condescending to the Japanese.

But unduly antagonizing China would have an immeasurably negative impact on Japan. A senior official of Japan's foreign ministry says, "We should make Beijing recognize the benefits that can be received from the existing international order and make it follow the rules."

For that to happen, unique Japanese technologies could be used as a counterattack against Beijing and an effective tool in negotiations regarding the international order.

However, China's GDP is now more than three times that of Japan, with some predicting that it will overtake the US in 2028. Beijing is gaining more confidence, and there is an undeniable possibility that China will move towards a "not free, not open" international order with Russia and other countries in the Southern Hemisphere.