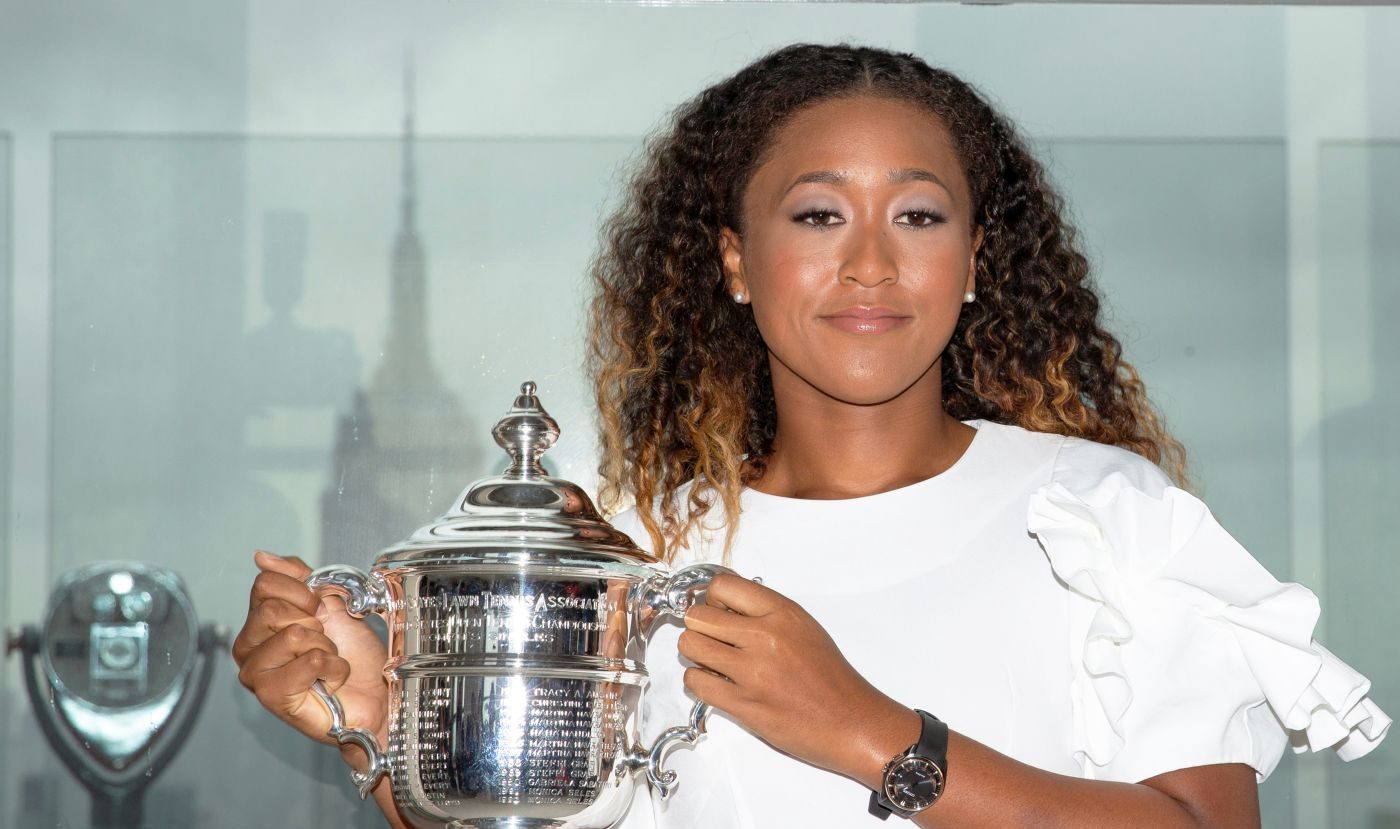 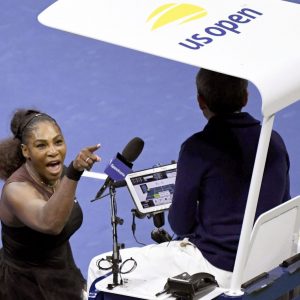 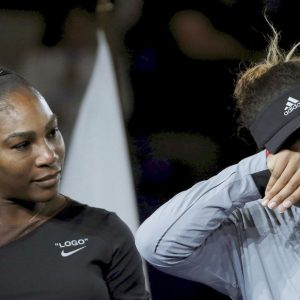 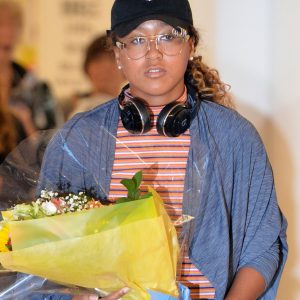 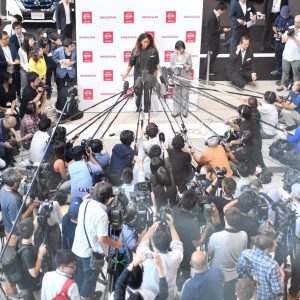 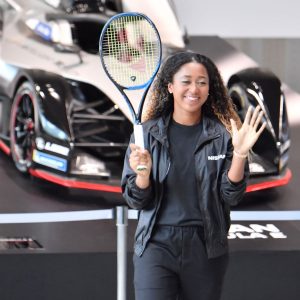 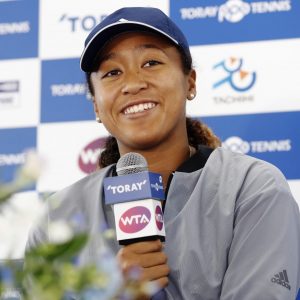 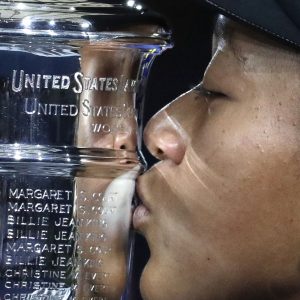 Her victory was marred by a series of high-intensity outbursts from Serena Williams, her opponent in the finals. Williams objected to the officiating that gave her three code violations, prompting in turn a wave of boos from the crowd that disrupted the victory ceremony and spoiled Osaka’s special moment.

That Serena Williams acted badly goes without saying. She channeled the worst of John McEnroe in protesting the penalties, first for receiving hand signals from her coach in the stands, then for verbal abuse, and finally for angrily breaking her racket. At one point, Williams called the official, Carlos Ramos, a “thief.”

The penalties made no difference in the outcome as Williams, 36, was soundly defeated by her 20-year-old rival. But the crowd clearly sympathized with her and rattled the post-game ceremonies with a heavy chorus of boos, causing Naomi Osaka to break into tears.

The situation was compounded when an Australian newspaper ran a cartoon depicting Williams in exaggerated Negroid features slamming her racket, while in the background an official urges her opponent, portrayed as blond haired, to “Let her win.” Charges of racism ensued, naturally. Osaka, who dyes her hair partially blonde, is also half black, but that was overlooked as in the cartoon she looked more like Maria Sharapova.

The media in Japan went wild over the Osaka victory, celebrating it as it if were a validation of Japan itself. WOWOW cable channel of Japan reported that viewership of this year’s 2018 U.S. Open was nine times higher than for the previous year. Newspapers put out special editions about the U.S. Open victory, handing them out to pedestrians on the street. TV news shows led with it, starting with Japan’s state-run NHK, which interviewed Osaka just hours after her victory.

Japanese corporations lined up to offer Osaka endorsement contracts, led by Nissan which offered her a three-year deal to become a “global brand ambassador.” Citizen Watch paid her a huge bonus as a reward for her heroics. On a subsequent visit to Japan a week after her win, Osaka appeared on one Japanese TV program after another, in a seemingly wall-to-wall blitz.

One might wonder what it all means. Naomi Osaka is a Japanese citizen, yes. That much is clear. She was born in Osaka and is the daughter of a Japanese woman, Tamaki Osaka, and a Haitian father, Leonard “San” François. Her father was born in Haiti and attended New York University before moving to Japan.

She is a hafu, and her Japanese grandfather was so irate when he found out his daughter was romantically involved with a black man, he did not speak to her for 10 years.

Osaka moved to the U.S. state of Florida with her family when she was three years old. She graduated from an American high school, became an American citizen, was tutored by American tennis coaches, and can barely speak two words of Japanese. Her Haitian father had a big influence on her career.

Isn’t it also a proud moment for all half-black-half-Japanese who can’t speak Japanese?

She has dual Japanese and American citizenship and will supposedly have to choose between them when she reaches the legal adult age of 21. However, like most people in her situation, she may just quietly keep both.

The United States is full of racially-mixed people — roughly one-third of the population is non-white. There are immigrants from all over the world. New York City and other major U.S. cities have various certification tests in a dozen different languages.

This is not the case in Japan, yet — but the country is changing. This is indicated in surveys conducted by the Tokei Suri Kenkyujo, a Japanese government research organization.

Indeed, the number of so-called international marriages has really jumped. Ten percent of all marriages in Tokyo’s Shinjuku ward are of the international variety, mostly involving Koreans and Japanese. One out of every eight new adults in Tokyo on Coming of Age Day in 2018 were not Japanese citizens.

Osaka is not the first bi-racial athlete in Japan. Yu Darvish, pitcher for the Chicago Cubs, has a Japanese mother and an Iranian father. Louis Okoye, an outfielder with the Rakuten Golden Eagles, has a Nigerian father and Japanese mother. The all-time consecutive games played record holder in Japan, Sachio Kinugasa (1947-2018), who played for the Hiroshima Carp, had an African-American father and a Japanese mother. But such examples are exceedingly rare.

So, one might say that Naomi Osaka’s tennis heroics do not so much validate Japan as they validate the idea of internationalism. The more of her, the better.

As the congenial young woman put it in a press conference when asked about her nationality and race, “I think I am just me.”

(This article has been published  in Japanese at Yukan Fuji on October 2, 2018.)