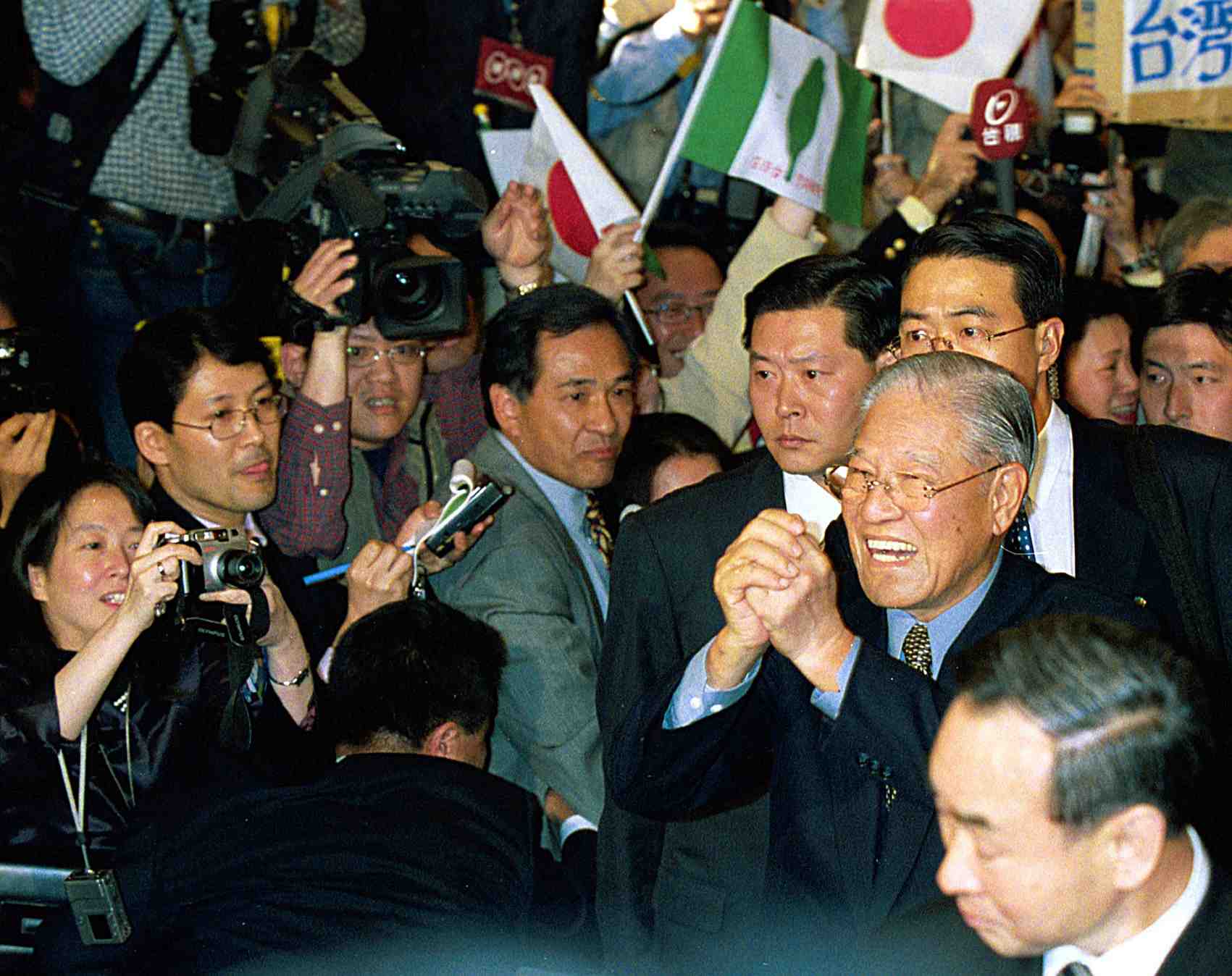 I arrived in Taipei, Taiwan, as The Sankei Shimbun bureau chief in January 1991, shortly after the outbreak of the Gulf War. Lee Teng-hui (1923-2020) had already been president of the Republic of China (ROC) for three years. He assumed that position after the death of his predecessor Chiang Ching-kuo (1910-1988), son of Chiang Kai-shek (1887-1975).

Nevertheless, Taiwan was still very much controlled by the roughly two million mainlanders who had fled with the remnant Nationalist government after the communist takeover in 1949. Chiang Kai-shek’s widow, Soong Mei-ling (1898-2003), was still on the island, serving as a living symbol of that old order. And Hao Pei-tsun, a recently retired Nationalist (Kuomintang) four-star general, was serving as premier. In fact, the island still felt more like the “ROC in exile” than Taiwan.

Lee’s greatest legacy turned out to be his ability to dismantle this distorted postwar political structure of a Republic of China society on Taiwan, in which the mainlanders who constituted only about 10% of the population ruled the native Taiwanese, including Lee himself. He accomplished this feat without a shot being fired, by relying on the power of the ballot box instead. 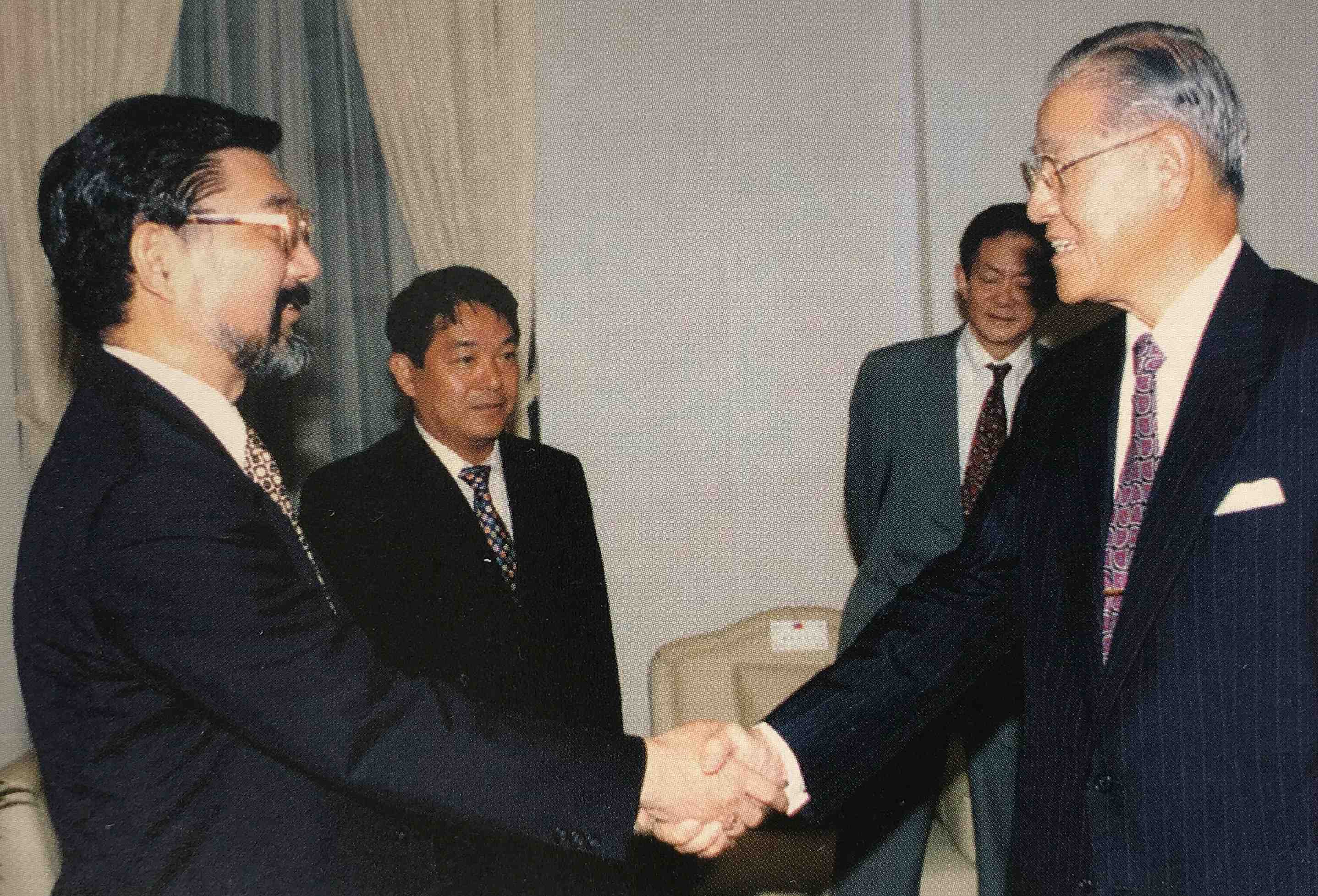 The 1996 direct presidential election, which saw Lee elected president at the head of the ruling Kuomintang party ticket, was the first truly democratic election held throughout history — not just in Taiwan, but in mainland China, Singapore, or indeed any country with an ethnic Chinese majority. That distinction holds true to this day.

This miracle by which what was thought to be impossible became possible — namely the creation of a flourishing democracy by ethnic Chinese who from time immemorial had only known dictatorship — continues to serve as an alluring option for all Chinese.

I was lucky to have arrived in Taiwan in 1991. Prior to that point, President Lee had very much followed the advice of the ancient Chinese military strategist Sun Bin to “hide brightness, nourish obscurity” (taoguang, yanghui; a phrase made famous by Deng Xiaoping). In other words, President Lee assiduously kept a low profile until the time was right to act decisively. But just as I arrived on the island, Lee was starting to launch his full-scale campaign for “Taiwanization.”

First, he had unsuitable articles culled from the 1947 Constitution the Nationalists had brought with them from the mainland. Then, in September 1991, Soong Mei-ling moved to the United States, and Lee engineered a very generous retirement package that allowed him to put out to pasture all the elderly “perpetual legislators” — mainlanders representing constituencies on the mainland for more than 40 years. Up to that time, they had constituted a majority in the Legislative Yuan, Taiwan’s supreme legislative body, which is comparable to Japan’s Diet.

The upshot was that in the elections for the Legislative Yuan held in the latter part of the following year, native Taiwanese candidates were able to win a majority of the seats for the first time. That in turn frustrated Hao’s ambition to be reelected as head of that body, and therefore premier, forcing him to resign.

Hao was mollified to a certain extent by being named vice chairman of the Kuomintang. But since at the party convention in 1993, the number of party vice chairmen was in one fell swoop increased to four, and Hao suddenly found himself just one of them.

In those days, as the only Japanese correspondent in Taiwan, I was lucky enough to witness Lee’s consummate political maneuvering.

As a PhD, Lee Teng-hui naturally had the air of a scholar. But he was hardly just a scholar. He was also a masterful politician, who skillfully arranged in the greatest detail the plan for emasculating the power base that the mainlanders had doggedly clung to up to the time of the 1996 general election. Thus, although heading the long-ruling Kuomintang, he took the lead in giving the native Taiwanese real power.

Legacy of the Thousand Lakes Incident

His efforts made direct elections possible. But he was only able to accomplish what would have proven impossible for others because he had learned the political ropes by working for many years within the structure of the mainlander-dominated, ruling Kuomintang. The way that Lee managed the incident described below could serve as a lesson to Japan in how to handle China.

In March 1994, a shocking incident occurred at Qiandaohu (“Thousand Islets Lake”) near the famous tourist destination of Hangzhou City in China’s Zhejiang Province. Under mysterious circumstances, the ferryboat Hai Rui burned, killing 24 passengers from Taiwan, six Chinese crew members, and two Chinese tour guides. Taiwan had intelligence that it was a case of arson and the victims had all been murdered.

The callous, obfuscating response of the local Chinese authorities, among other things their disdain for basic human rights in how they treated the remains of the dead, outraged families of the deceased and Taiwan residents in general. It proved a crucial point in turning Taiwanese public opinion against the idea of eventual unification with the mainland.

President Lee did not care to deal in diplomatic niceties, either, as he declared, “The Mainland (China) is not a civilized state.” He also angrily said the people involved were “just like bandits.”

At that point, even some voices in Taiwan began to urge caution since the Taiwan government was dealing with a Communist China that had never stopped threatening to use force to attack Taiwan.

In my role as the only Japanese correspondent there in Taiwan, I enjoyed unique access and had the opportunity to ask President Lee directly about his stance on the question when interviewing him at the Presidential Palace. I myself inquired as to whether he was not being too provocative towards the Chinese.

Lee cut me short, not mincing his words: “That won’t do. If you are dealing with people who are clearly in the wrong, you have to say what you have to say.”

He added, “That’s what works with Chinese.”

I remember returning to my office feeling rather doubtful about Lee’s approach to the problem. However, shortly after that, China came clean about the actual facts of the criminal case. Two active duty members of the People’s Liberation Army and one retired soldier had hijacked the ferry with the intent to rob the tourists and then carried out the atrocity. All three were later executed.

Chinese Premier Li Peng even expressed his personal condolences to the families of the victims. I was therefore able to see how right President Lee had been in his assessment.

Here again President Lee’s long experience of having dealt with mainlanders provided him with the insights he needed to perform his political wizardry.

There is surely a lesson here for a Japan that has in the postwar years always seemed to walk on eggshells whenever dealing with Communist China.

Mr. Nobuyuki Yoshida, 78, joined The Sankei Shimbun in 1964. After serving as Seoul Bureau chief, he became editor-in-chief. From 1991 to 1994, Yoshida was chief of the Taipei Bureau. Then, after serving as chief editorial writer, he retired from Sankei in 2005.