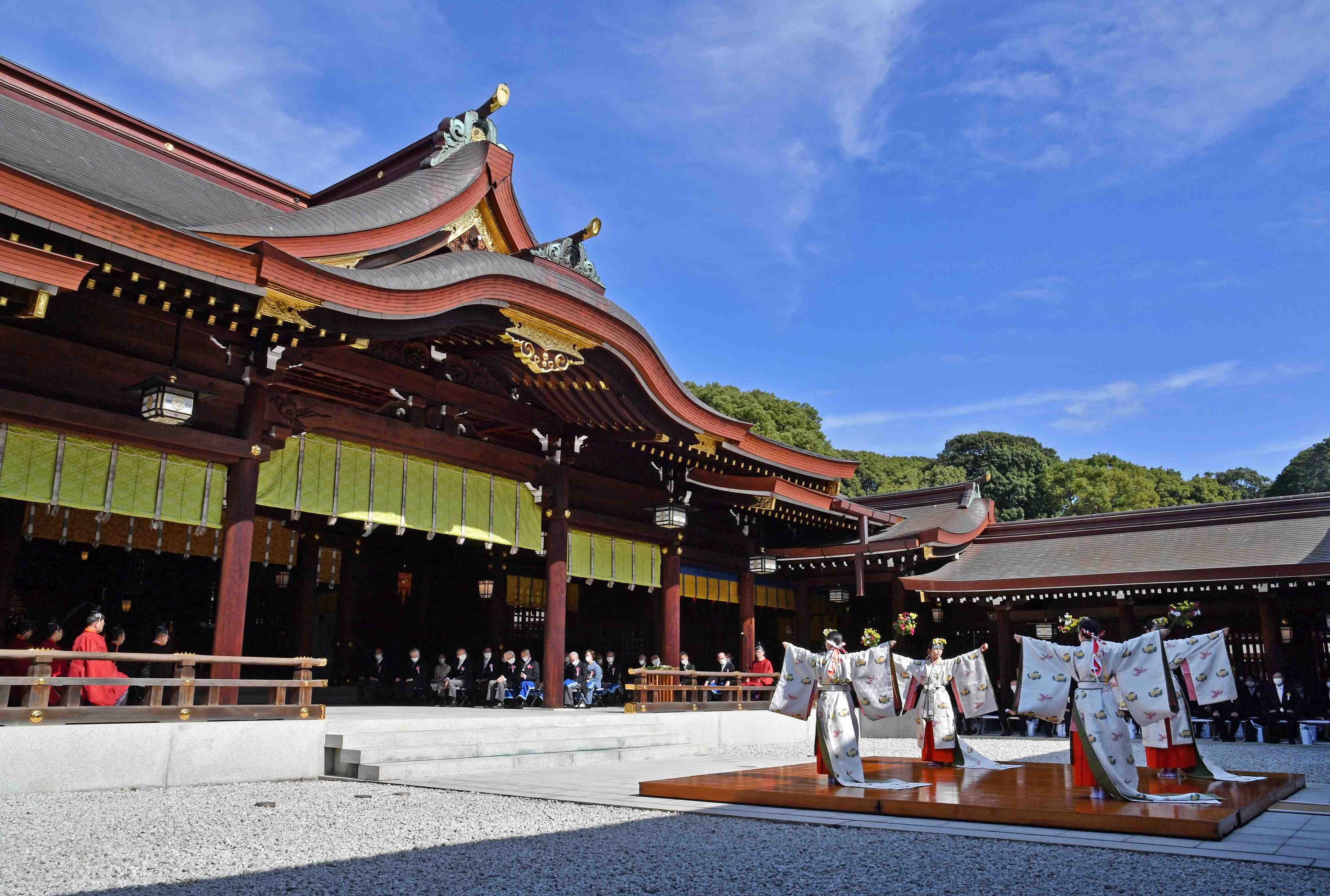 A celebration at the Meiji Shrine, honoring the Emperor Meiji.

A waka poem by Emperor Meiji has unexpectedly attracted new attention after the Embassy of Ukraine in Tokyo quoted it on Twitter on April 25.

The poem translates roughly as follows: “The four seas are born from a single womb, why then should wind and waves rise in discord?”

Emperor Meiji wrote this verse at the start of the Russo-Japanese War to express his sincere desire to avoid war.

The Ukrainian Embassy’s Twitter account noted that the Showa Emperor also read this poem before the start of the Pacific War. This was included when it apologized for having earlier posted a video clip on its Twitter account on April 1 that had included a photo of the Showa Emperor along with those of fascist dictators Adolph Hitler and Benito Mussolini. (The video has since been removed).

In fact the Showa Emperor famously read this poem by Emperor Meiji at an Imperial Council meeting held on September 6, 1941, three months before the outbreak of the Pacific War. He did so to express his hope that the Japanese government would continue to work for a diplomatic solution to the very end.

Ryuzo Sejima, former chairman of C. Itoh & Co. (now Itochu Corporation), was at that time serving with the Army General Staff at Imperial Headquarters. He later described how deeply moved he was when he heard about what had happened from a superior.

Here is another revealing anecdote concerning the Showa Emperor. On May 29, 1943 Tokyo received a telegram from the last Japanese defenders on Attu Island in the Northern Pacific stating that they were launching a last-ditch night attack.

When the Emperor was informed about the telegram, he said simply, “Tell the officers and men that they did their duty well to the very end.” That was so, even though he knew that no one would be there to receive the telegram.

In his memoirs Sejima wrote that the emperor’s heartfelt words were imbued with the “feelings of a parent who continues to call the name of a deceased child.”

The Showa Emperor’s birthday falls on April 29. From 1989 to 2006, it was celebrated on Greenery Day, a public holiday.

From 2007 Greenery Day was moved to May 4, and April 29 became Showa Day. This public holiday was adopted in order to encourage the Japanese people to reflect on the entirety of Emperor Showa’s reign, including the turbulent early part and Japan’s spectacular recovery from the ashes of war. Of course, it was meant to consider the future course that the nation should take as well. It is clear that renaming the holiday was fitting in order to convey how much Emperor Showa had hoped for peace and how much affection he had for the Japanese people.

It is only natural therefore that a supra partisan group should now be actively seeking to change the name of the November 3 national holiday from Culture Day (Bunka no Hi) to Meiji Day to coincide with Emperor Meiji’s birthday.