To Stop Abuses, Japan Should Have Separate Medical Insurance System for Foreigners 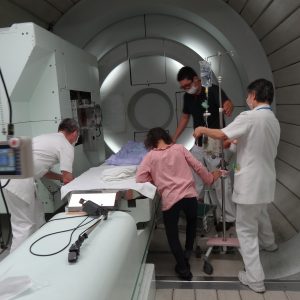 The phone rings at the AMDA International Medical Information Center, a non-profit organization in Shinjuku Ward, Tokyo, directed by Yoneyuki Kobayashi. The organization provides information on medical services to foreigners.

On the other end of the line is a male foreign resident from East Asia who speaks in a hurried voice: “I lent my insurance card to someone and they’ve been hospitalized and won’t give it back. Now, I’m sick myself and need to go into the hospital. What should I do?”

When the staff person informs the man, “That’s a crime,” he quickly mumbles, “Oh,” and hangs up.

In 2014, an Asian woman illegally residing in Kobe was discovered to have been using her sister’s national health insurance card over a period of two years, during which she received treatment for HIV, amounting to over JPY10 million.

These are just a few of the common abuses by foreigners of Japan’s generous medical system. (RELATED ARTICLE:  Japan Moves to Stop Foreigners’ Abuse of National Health Insurance System)

Shared Use of Health Insurance Cards

Shared use of insurance cards is not a new problem – and it is not limited to foreigners.

However, in 2017 alone, approximately 7,000 foreigners disappeared while on the current Technical Intern Training Program. We can assume that these missing persons are sharing their insurance cards, which do not include photos and in some cases have spaces for addresses to be written in by the insured person.

Dr. Kobayashi, employed as the head of a hospital in Yamato City in Kanagawa Prefecture, pointed out the problem: “Even if the insurance card is checked against the resident card, foreigners can have insurance cards made using a ‘legal alias,’ which is not their real name. Confirming identity is troublesome and very difficult for medical institutions.”

In cases where shared use of the insurance card is confirmed, the risk of the patient leaving without paying any medical expenses increases. Should this occur, the hospital would have to bear the cost in full. Thus, even if the institutions suspect the patient of sharing the insurance card, they often choose to turn a blind eye.

When this problem is neglected, a balance between medical costs and benefits to the insured is impossible. The taxpayers end up paying the difference.

Some in the ruling Liberal Democratic Party have voiced the opinion that insurance cards should be equipped with photos or microchips. However, the Ministry of Health, Labor and Welfare has resisted the idea due to the costs of changing the technology.

Tasuku Honjo, winner of the Nobel Prize in Physiology or Medicine and Distinguished Professor at Kyoto University, contributed to the development of the widely-discussed “Opdivo” drug, a medicine used to treat cancer. While high in price, this highly effective “dream-like new drug” has further clouded the Japanese insurance issue.

Increasingly, foreigners are coming to Japan under false pretenses, such as on student visas, just to get access to expensive medical treatment. Once here, they enroll in Japan’s national health insurance program and undergo very expensive treatments, such as with Opdivo, at minimal cost to themselves. Then, when the treatment is finished, they return to their home countries.

In the past, foreigners were required to meet a residency period of one year to enroll in national health insurance. However, with the 2012 revision of the Resident Register System Law, insurance enrollment became possible with a period of any stay over 90 days.

In most cases, the amount the insured person (Japanese or foreign) pays in insurance fees is calculated according to income. The formula is based on the previous year’s income reported for income tax purposes. However, because foreigners who have recently arrived have no income in Japan for the previous year, insurance fees are set at the minimum amount (a few thousand yen per month).

Foreigners can also take advantage of the “High-Cost Medical Expense Benefit” system that refunds the cost of treatment when large sums of medical expenses are incurred.

The new resident qualifications for the expansion of foreign workers coming to Japan raise yet additional concerns over potential “use” for undergoing treatments at low cost.

In 2017, the number of lump-sum birth allowance payments (JPY420,000 per birth) (USD3,720) in response to applications by foreigners in Arakawa Ward in Tokyo rose to 105 cases. Of these, 35 were cases of giving birth overseas by non-Japanese citizens, for all of which full payments were made.

Documentation from a hospital is required to apply for the birth allowance. However, as Arakawa Ward Councilor Eiji Kosaka explained: “Documents from hospitals overseas can be forged. The insured foreigner can get a payment of JPY420,000 for a birth that actually cost them only JPY50,000 (USD440) to JPY100,000 (USD880).”

He added: “The language barrier also makes it a black box situation. It’s difficult for local governments to determine the authenticity of a claim. For people who think nothing of abusing the system, it’s very easy to do.”

When foreigners living in Japan are covered for overseas medical expenses, insurance coverage for family members residing in their home countries also comes into focus.

Under the current system, if certain conditions are met, the medical expenses of family members of foreign residents in Japan can be paid by Japanese insurance, even when the family members (and their medical treatment) are back in their home countries.

In the case of corporate health insurance, relatives who qualify as being within “three degrees of kinship,” as defined by the Japanese government, can become dependents and receive insurance.

Using the “Overseas Medical Expenses" system, refunds for a portion of medical expenses incurred in treatments at medical institutions overseas can be paid out. Thus, undeniably it is possible for qualifying family dependents who have never even been to Japan to obtain medical treatment overseas and receive the benefits of Japanese insurance.

These are just a few of the unlimited misuses that could take place in this unbridled system.

“We’re eating away at our insurance. Foreigners should be under a separate system for a fixed period of time. Otherwise, it could lead to cases of ‘reverse discrimination’ against Japanese people,” said Dr. Kobayashi.

Within the government, efforts have begun in earnest to enact measures to prevent inappropriate use of health insurance, including proposed revisions to the Health Insurance Act. The changes would disallow insurance enrollment for family members of foreign residents residing in their home countries.