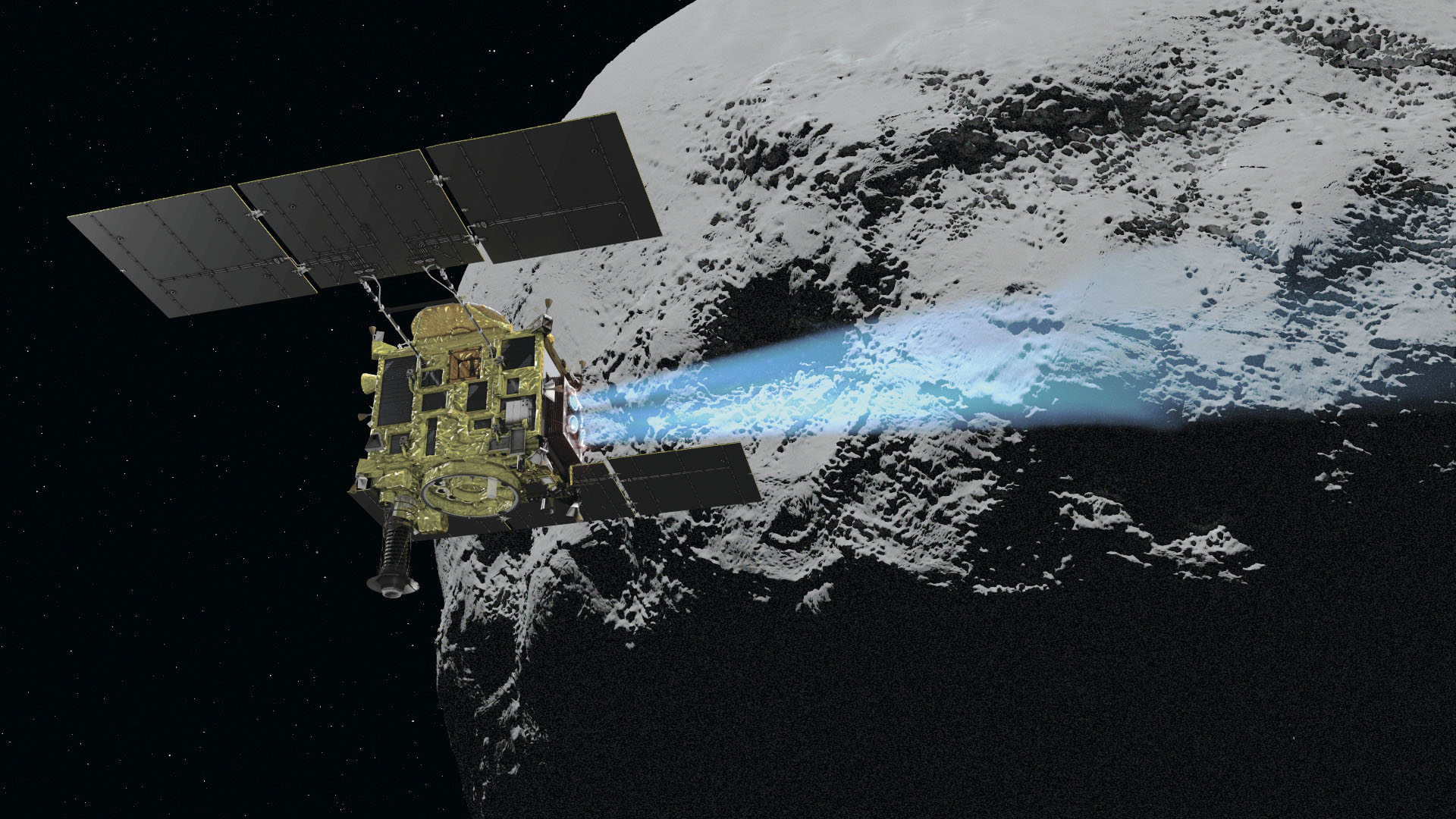 Where did life originate? The initial analysis of rocks and sand collected from the asteroid Ryugu by the Japan Aerospace Exploration Agency's (JAXA) Hayabusa2 spacecraft began in June to solve this ever-elusive mystery.

RELATED: Hayabusa2 A Spectacular Success as it Sends Promising Gifts Back to Earth

A chemical analysis team led by Hokkaido University researchers also began examining the samples using X-rays at Horiba Techno Service in Minami Ward, Kyoto City, a company specializing in research and analytical equipment. Hopes are high that the team will find the clues to one of the most perplexing mysteries of the world: the origins of life and the formation of the solar system.

Tomoko Numata, a member of the chemical analysis team and general manager of Horiba’s analytical technology division, expressed her excitement during the project’s kick-off event at its Kyoto headquarters on June 24.

“Analyzing the precious samples, which were collected through a meeting of the greatest minds, comes with great responsibility. I’m excited to have the privilege to analyze information that has been measured for the first time in human history.”

The samples available to the chemical analysis team are very small, less than 100 milligrams in total, and about one-third or 30 milligrams will be analyzed by Horiba.

Horiba was chosen because it boasts the world's most accurate X-ray technology and specializes in equipment that can analyze samples as miniscule as one milligram.

By directing X-ray beams on a sample and analyzing the unique light emitted by each element, called “fluorescent X-rays,” Horiba will be able to discover the type and amount of each element contained in the material.

Other analytical equipment will be used to identify the type and molecular structure of minerals. Horiba’s equipment makes it possible to analyze valuable samples without damaging them, so they can be used later for further analysis.

After several weeks of analysis by Horiba, further research will be conducted at the Tokyo Institute of Technology and other institutions. The team expects to publish their results within the next fiscal year.

The samples were taken from Ryugu, an asteroid located between the Earth and Mars. Ryugu is classified as a primitive C-type asteroid and is contemporaneous with the birth of the solar system 4.6 billion years ago. Dubbed the “fossil of the solar system,”

Hayabusa2 became the first spacecraft in the world to successfully collect samples from the subsurface of Ryugu in 2019. Last December, six years after its launch, Hayabusa2 brought back 5.4 grams of rocks and sand it had collected from Ryugu’s surface and subsurface.

The initial analysis of the samples brought back by the JAXA space probe was conducted by six teams led by the University of Hokkaido and the University of Tokyo. Each team focused on a different topic, such as organic matter, minerals, and chemistry.

Two other research institutes in Japan have also joined the teams to develop analysis methods and techniques, and one of the institutes has validated data that indicate a possibility that the samples contained water and organic matter.

If the chemical analysis reveals a relationship between the Ryugu samples and Earth materials, it could be a key to solving age-old mysteries, such as the birth of the solar system, the origin of water on Earth, and the evolutionary process that led to the birth of life.

Professor Hisayoshi Yurimoto of Hokkaido University, who is also leading the chemical analysis team, said: “Just as the chemical analysis of meteorites revealed that the Earth was born 4.6 billion years ago, we hope our findings trigger further questions about the history of the solar system and our existence on Earth.”

RELATED: JAXA’s New Hayabusa2 Mission? On to Another Asteroid