US Must Rethink How to Share Nuclear Deterrence Burden with Japan 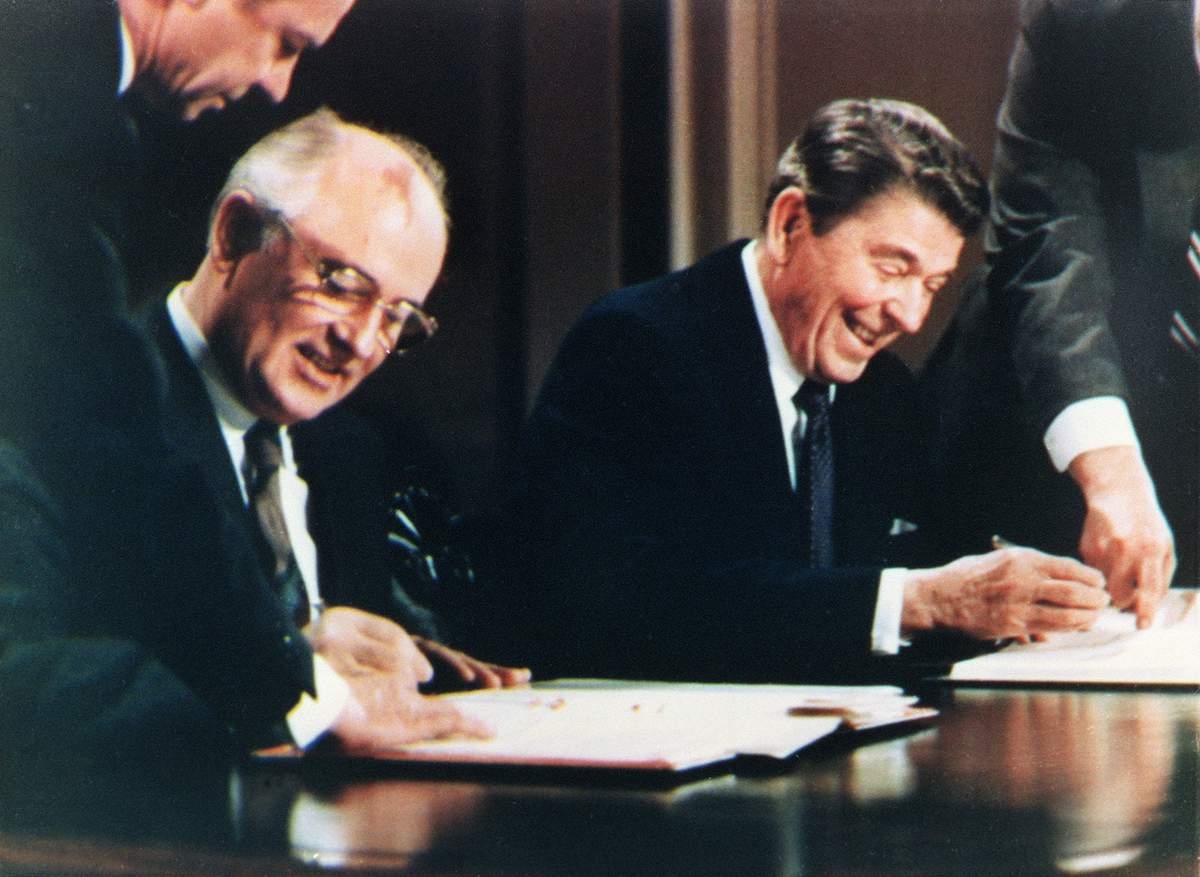 US President Ronald Reagan and Soviet President Michael Gorbachev sign the Intermediate Range Nuclear Forces Treaty in 1987. As a result of the treaty, the two countries intermediate range nuclear arsenals are nearly at zero. (©Reuters/Kyodo)

In Washington, open concern over the potential use of nuclear weapons has been rising, including in the American political arena. More specifically, Washington is talking about concerns in the context of any military attack or threat of attack involving nuclear weapons, and how to achieve its nuclear deterrence.

Fueling this debate are recent developments in Russia, China, and North Korea.

The fact that these three dictatorships are flirting with the possibility of a nuclear attack, threatening to do so, and demonstrating the power of their nuclear weapons, poses an imminent challenge to the United States, which is expected to be the superpower of nuclear deterrence.

At the same time, each hostile state with such armaments also poses a nuclear threat to Japan.

Learning from Russia's Ploys in Ukraine

One dire prospect is what China has learned from Russian President Vladimir Putin's nuclear threats in Ukraine. There is concern that China could make similar threats against the United States and Japan at the beginning of an attack on Taiwan.

Russia's suggestion that it might use tactical nuclear weapons has caused the United States to flinch. The Biden administration still has not offered a concrete policy of nuclear deterrence or credible assurances of retaliation in the face of this threat.

US experts are expecting China will learn from this response and threaten to use nuclear weapons to deter United States military intervention in an attack on Taiwan.

What the Experts Say

One such analysis comes from Dr Toshi Yoshihara, a Japanese-American scholar who follows current Chinese military developments. A longtime professor at the US Naval War College and now a senior fellow at the Center for Strategic and Budgetary Assessments, Yoshihara explained his concerns recently when I visited him in his office near the White House.

Yoshihara said the United States maintains little deterrence in East Asia at the tactical nuclear level. The gist of his analysis was that Chinese President Xi Jinping is concluding that he can use the threat of a nuclear counterstrike to prevent the US military from intervening in scenarios where the PRC would attack Taiwan.

Due to the Intermediate-Range Nuclear Forces Treaty with the former Soviet Union, even if the United States maintains many land-based strategic nuclear weapons (striking range of over 5,500 km) that can reach China from the US mainland, the number of intermediate-range nuclear weapons it maintains is close to zero.

An inadequate stockpile of intermediate-range missiles would weaken the effectiveness of America's extended nuclear deterrence in protecting its allies. For Japan, there is a real danger that the certainty of a comprehensive and sustainable US nuclear deterrence could be shaken.

Next Steps for Japan

In order to compensate for this underlying concern, Japan should be aware of recent discussions in the US academic community that would encourage Japan to acquire nuclear deterrence. An article, titled "The Time Is Right: Why Japan and South Korea Should Get the Bomb," is a case in point.

Veteran East Asian security expert Dr Seung Whan Choi, a professor of political science at the University of Illinois, is the author. His recommendations were recently published in the Washington-based bimonthly National Interest magazine. In essence, he writes:

It is time to pass the buck: the United States should allow South Korea or Japan to go nuclear. This buck-passing strategy could encourage one of the two countries to bear the burden of deterring or possibly fighting China and North Korea in East Asia before they cross the Pacific Ocean. Thus, the United States could share world policing with a wealthy Asian ally rather than allowing it to free ride.

Professor Choi expresses his view that the US might prefer Japan for this burden sharing by developing its nuclear deterrence.

Choi's opinion is just a perspective from the private sector in the United States. The United States government has not changed its basic posture on preventing nuclear proliferation. However, the current debate on nuclear weapons is also a sign of change.