War Crimes Trials: Why the ‘Most Politically Independent’ Judge Found the Japanese Not Guilty 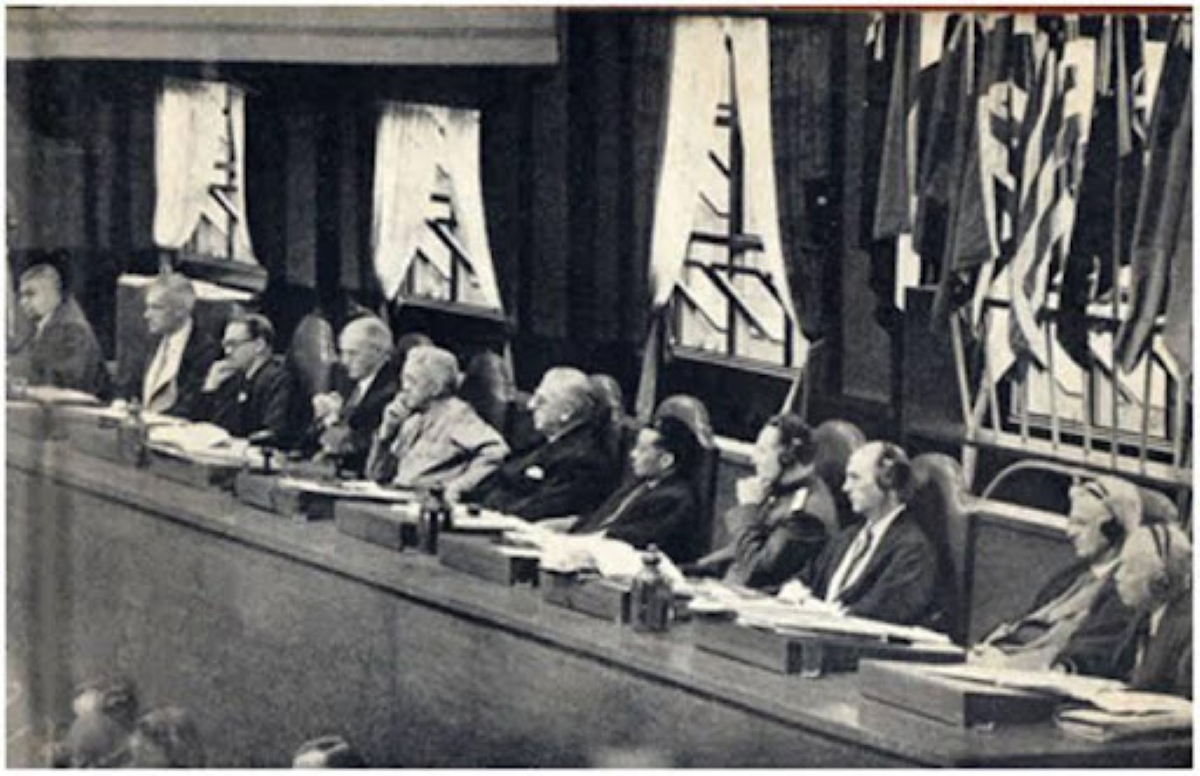 Viewing the case of Justice Radhabinod Pal through the prism of the Third World’s approach to international law provides the best key to explaining his judgment.

Pal’s dissentient verdict at the Tokyo War Crimes Tribunal offered critical insights into the equations between imperialism and the development of international law. His brush with nationalism also overlapped with strands of anti-imperialism prevalent in India during those years — a connection that was felt most keenly in Pal’s home state, colonial Bengal. Pal’s anti-colonial roots in Bengal led him to search out despotism and coercive measures.

His prolonged tryst with the traditional laws of India merged with a sense of Asian camaraderie. These, in the backdrop of the larger Afro-Asian context of Indian nationalism, served as key influencers in his life as a jurist.

Pal rejected all forms of hierarchy, whether founded on race, caste, class, or gender. He saw them as the very basis of the imperialist order of states, one that was incapable of rendering true justice. At the same time, Pal’s embrace of sovereignty suggested he was willing to adopt the necessary evil in order to effectively counter colonial institutions and practices.

In the book, Hirohito and the Making of Modern Japan (HarperCollins, 2000) the author Herbert Bix described Justice Pal as the “most politically independent of the judges,” refusing to let political concerns and purposes of the Allied Powers, let alone the charter, influence his judgment in any way.

Sitting in Tokyo, Pal alluded to “the present scene” in which they were talking about justice in the modern world of the time. And yet, at that very moment, a large part of Asia remained colonized by the West.

These regions were conquered with overwhelming violence, and their indigenous people were being exploited. Inequality and racism were prevalent at large. Tumultuous conflicts and abuses were continuing throughout the world.

Upon hearing his stance and differing views, it was suggested to Pal that he “might consider returning to Calcutta.” He replied that he had not traveled all the way from a country (India, then under Britain’s colonial rule) that struggled to gain its independence, to have his arguments discarded, or to be told to go home.

Among the discussions, the view was put forward that the crimes should be adjudicated as conventional war crimes and not be categorized as crimes against humanity. On this subject, Justice Radhabinod Pal maintained that there was a need to deliberate on the “crimes of aggression” charge.

He asserted that there was still a motion on the table to rule out the waging of aggressive war as a crime, arguing that the crimes of aggression did not exist at that time. Nor did they exist at any time throughout the conflict in the Pacific.

Pal was highly critical of the prosecution’s use of the legal concept of conspiracy in the context of prewar decisions by Japanese officials. He maintained that the tribunal should not retrospectively apply (nullapoena sine lege) the new concept of Class A war crimes while waging an aggressive war.

Dissent on the Class A War Crimes Charges

Justice Pal dissented from the tribunal’s verdicts of guilt in the cases of defendants charged with Class A war crimes. Laying out his arguments, his reasoning also influenced the judges representing The Netherlands and France, Justice B.V.A. Röling and Justice Henri Bernard, respectively. Together, these three justices issued dissenting opinions.

Their stance can in no way be interpreted as one of condoning the atrocities. “Pal was very hard on Japan, though of course he also spoke very severely of the United States,” associate professor Takeshi Nakajima of Hokkaido University is quoted as saying to the New York Times in a 2007 interview.

However, Pal wanted to avoid applying a law that did not exist at the time the actions took place, for which the men responsible were standing trial. He believed that Japan committed conventional war crimes for which Japanese officers were tried in local courts and sentenced.

His position continued to remain that there were no legal grounds for the charge of crimes of aggression.


Searching for Legal Grounds for the Charges

Justice Radhabinod Pal kept returning to his primary question: On what legal grounds can the Japanese be charged? The tribunal could not arbitrarily impose new international laws, he asserted. And progress in the law or international law must not be achieved in haste.

On the Tokyo Charter, Pal averred:

My reading of the Charter is that it does not purport to define war crimes; it simply enacts what matters will come up for trial before the Tribunal, leaving it to the Tribunal to decide, with reference to the international law, what offense, if any, has been committed by the persons placed on trial.

Continuing, he wrote in his dissent:


Respecting the Power of Law to Guide Mankind

Significantly, Pal went on to question whether the 1928 Pact of Paris (Kellogg–Briand Pact; aka the General Treaty for Renunciation of War as an Instrument of National Policy) provides legal grounds for criminalizing war. Given the way countries and societies continued to act against each other, Justice Pal thought the pact was more of an idealistic pledge, and laws should not be made at will.

It was his belief that law has the power to guide mankind, and thus, its principles must be upheld. Continuing on the Pact of Paris, he argued:

In interpreting the Pact, we must not in any way be influenced by the fact that we are called upon to interpret it in a case against a vanquished people. Our interpretation must be the same as it would have been had the question come before us prior to any decisive war…. The function of law is to regulate the conduct of parties by reference to rules whose formal source of validity lies, in the last resort, in a precept IMPOSED FROM OUTSIDE.

Pal continued to maintain that this was why they must acquit all the defendants on the charge of crimes of aggression, for this was a law that had truly not existed at the time. Further, he held:

It seems to be generally agreed that no war became crime in international life, though it is sometimes asserted that a distinction between “just” and “unjust” war had always been recognized. At any rate an “unjust” war was not made “crime” in international law. In fact, any interest which the western powers may now have in the territories in the Eastern Hemisphere was acquired mostly through armed violence during this period and none of these wars perhaps would stand the test of being “just war.”

The ‘Outlawry of War’

In his judgment, Justice Pal referred to Quincy Wright’s 1925 essay on “The Outlawry of War,” published in the American Journal of International Law, which said:

Under present international law “acts of war” are illegal unless committed in time of war or other extraordinary necessity but the transition from a state of peace to a “state of war” is neither legal nor illegal. A state of war is regarded as an event, the origin of which is OUTSIDE of international law although that law prescribes rules for its conduct differing from those which prevail in time of peace.

Justice Pal was an early spark behind the au courant conversation about whether international law truly is international. This unmasked the embeddedness of racism within the international legal order.

On the political level, Pal’s thesis raises awkward questions about the implications that might flow from different understandings and approaches to international law in light of changing geopolitical power.