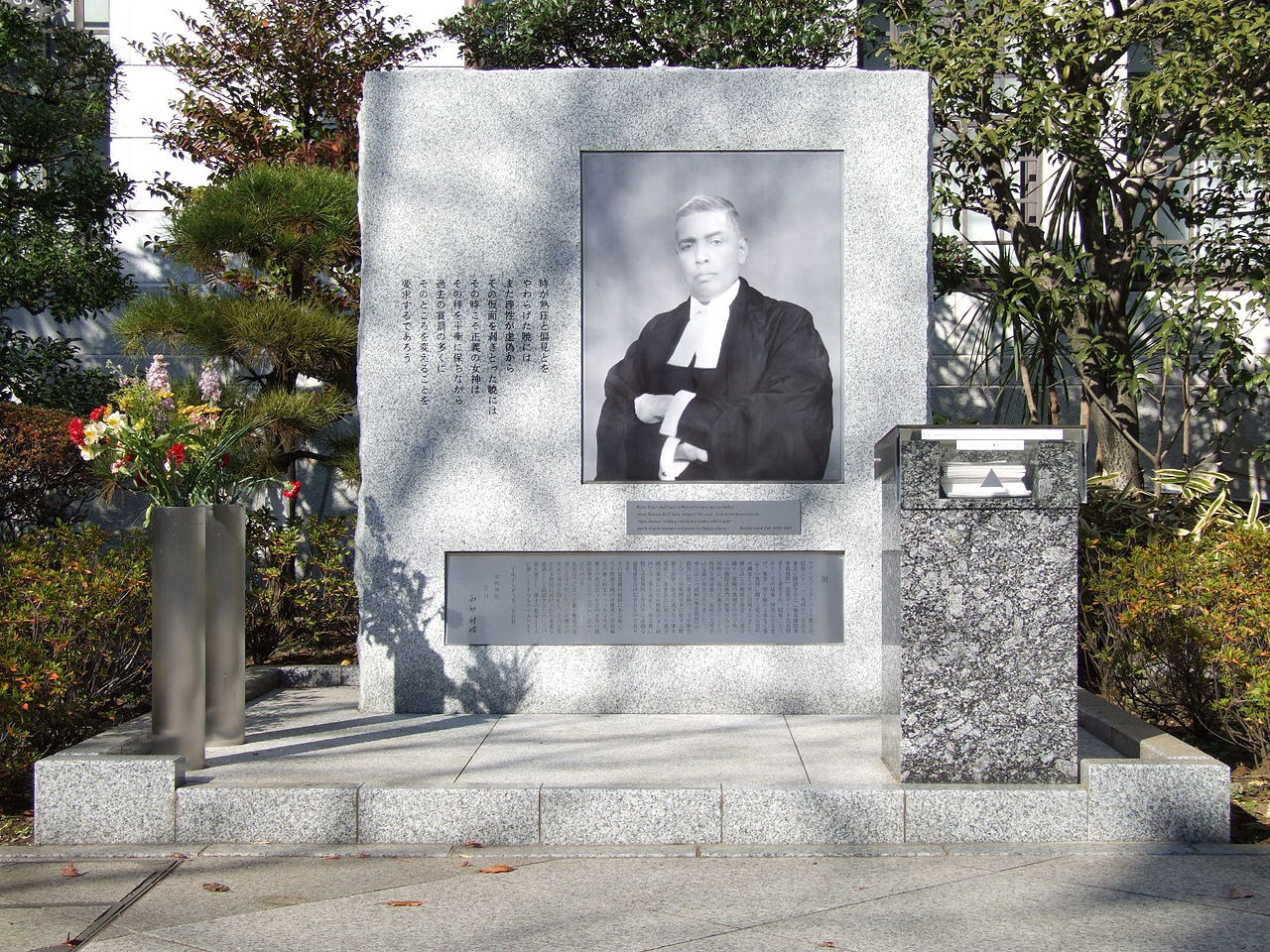 The final arguments and proceedings of the tribunal at the Tokyo Trial came to a close in April 1948. Over two and a half years, 419 witnesses had appeared in 818 court sessions, where an additional 779 affidavits and depositions were presented.

The International Military Tribunal for the Far East (IMTFE) rendered its judgment over several days from November 4-12, 1948, by means of a 1,218-page judgment. The president of the tribunal, Justice William Webb of Australia, stated that the member judge of the tribunal from India, Justice Radhabinod Pal, had dissented from the majority judgment, and that he had filed a statement of his reasons for such dissent.

Justice Pal’s judgment, declaring all the defendants innocent on all charges, was unique. It was in no way representative of the Indian or any other Asian government of the time.

In a way, when Justice Pal was granted the right to judge, he was being both an Indian and a Victorian, trying to transcend the moral dichotomy of the age.

From a standpoint of legal theory, Pal denied the criminality of launching and waging war as a sovereign right of the state. This judgment was shared by his counterpart from The Netherlands, Justice BVA Röling, whose views were close to Pal’s. The international legal order as it had existed in the 19th century could not be developed and expanded. “Aggression” as a concept remained legally undefined.

Having exceeded the framework of international law as it existed before World War I, the Nuremberg and Tokyo tribunals were illegal, they judged. Ergo, the defendants were not in violation of law.

Indian political and social theorist Ashis Nandy wrote in his 1992 essay titled “The Other Within: The Strange Case of Radhabinod Pal’s Judgment on Culpability”:

Justice Pal pointed out the larger political and economic forces released by the nation-state system, by modern warfare, by the dominant philosophy of international diplomacy, and by the West’s racial attitude to Japan, all of which helped produce the political response of the accused. The West had to acknowledge that wartime Japan wanted to beat the West at its own game, that a significant part of Japanese imperialism was only a reflection of the West’s disowned self.

While recording his dissent, Justice Pal delivered his judgment on the culpability of the Japanese leaders accused of war crimes:

…[In] the foregoing pages, I would hold that each and every one of the accused must be found not guilty of each and every one of the charges in the indictment and should be acquitted of all of those charges…. As a judicial tribunal we cannot behave in any manner which may justify the feeling that the setting up of the tribunal was only for the attainment of an objective which was essentially political, though cloaked by a juridical appearance…. The name of Justice should not be allowed to be invoked only for the prolongation of the pursuit of vindictive retaliation.

Going strictly by legal terms, Pal opined that the Japanese could be tried only for conventional war crimes, and any other means of creating new crimes might itself violate international law. He ruled:

The Instrument of Surrender which provides that the Declaration of Potsdam will be given effect imposes the condition that conventional War Crimes, as recognized by international law at the date of the Declaration (26th July, 1945), would be the only crime prosecuted. (CIR 170-71) Under international law, as it now stands, a victor nation or a union of victor nations would have the authority to establish a tribunal for the trial of war criminals, but no authority to legislate or promulgate a new law of war crimes. (CIR 188)

The judgment presumed that the accused were prisoners of war who enjoyed protection under international law against arbitrary acts. Protections such as “Prisoners can be tried,” as Justice Pal repeatedly stated, “only for breach of recognized laws of war.” The victors could not establish new crimes and new definitions and punish prisoners according to them.

Lord Hankey says it is a Pagan Pronouncement [punctuation original], but sets a standard that the Allies never even approached in the Second World War. The pronouncement is — For the purpose with which good men wage wars is not the destruction and annihilation of the wrongdoers, but the reformation and alteration of the wrongful acts. Nor is it their object to involve the innocent in the destruction of the guilty, but rather to see that those who are held to be guilty should share in the preservation and elevation of the guiltless.

On culpability, Justice Pal sought to argue that it could never be divisible, and responsibility, even when individual, paradoxically could be fully individual only when seen as collective, and in fact, global. On the death penalty, Justice Pal held that each and every one of the accused must not be found guilty. There will always be strong and weak nations. War remained an inevitable evil and the international community had not reached a stage where war could be considered a crime.

Justice Pal completed his dissenting opinion in early August, and had asked Justice Webb to have the entire text read out in the open court, according to Indian legal practice.

However, at the end of the Tokyo Trial, only the majority judgment was read out in open court. This captured the majority public awareness across the world.

In his 1973 book, Victor’s Justice: The Tokyo War Crimes Trial (Princeton), Richard Minear pointed out that only a very diligent reader of the judgment would find that the judgment was not unanimous. The end of World War II spawned a large number of writings. And in that intellectual and political atmosphere, Justice Pal’s judgment could be seen as simply an oddity.