Justice Radhabinod Pal: The Life and Times of the Tokyo Trials Jurist 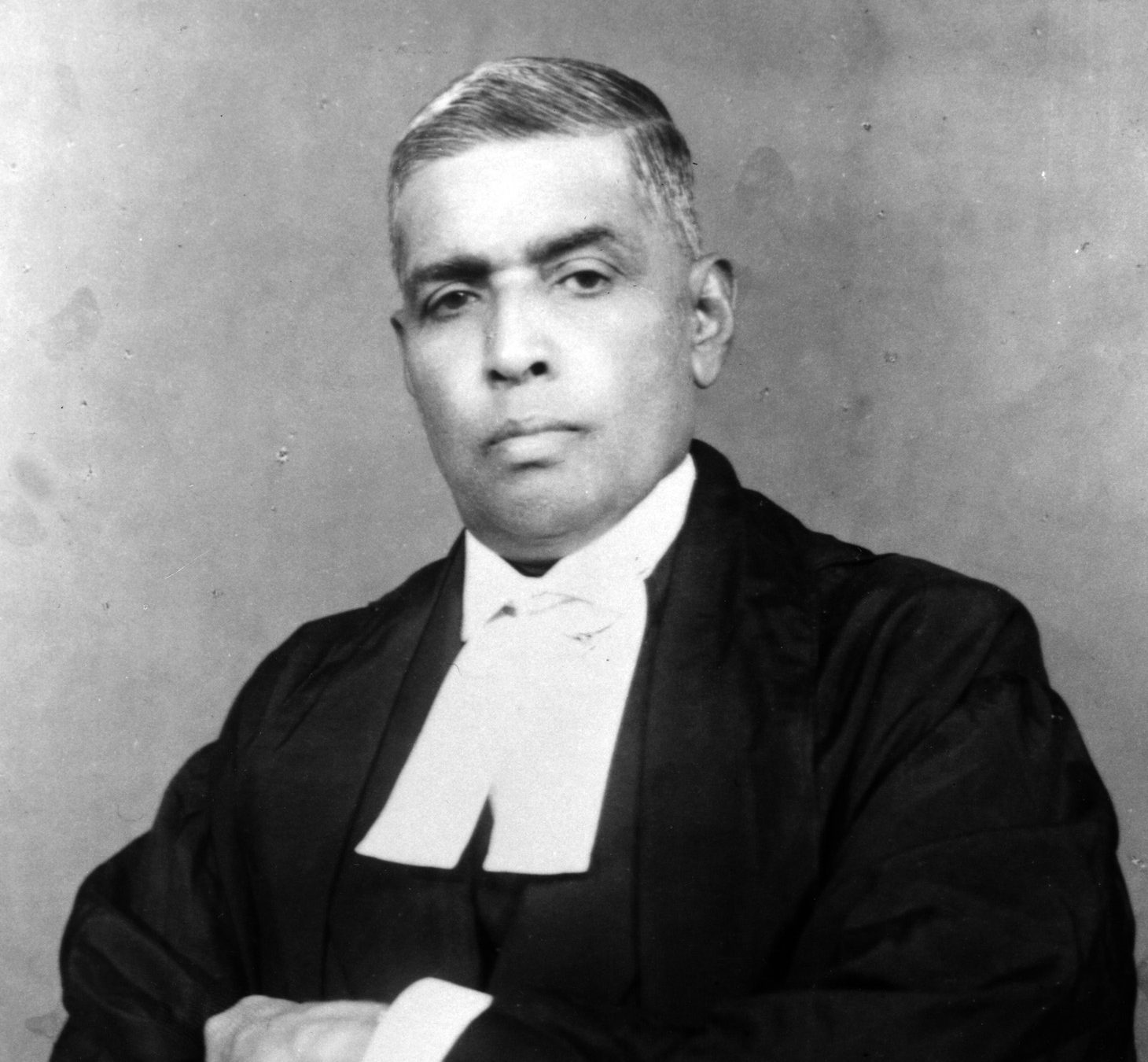 Justice Radhabinod Pal (1886–1967) was an eminent Indian jurist, who, in a famed brush with his professional destiny, forever etched his name in Post-World War II history, especially in Japan’s memory.

He was a member of the United Nations’ International Law Commission from 1952 to 1966, and one of the three Asian judges appointed to the International Military Tribunal for the Far East (IMTFE).

Early Life of Poverty and Determination

Pal was born in 1886 in the high noon of the British Empire. His birthplace was a remote village of erstwhile Bengal, British India. Today, this village is part of Bangladesh.

His family were potters, which commanded inferior status socially, and Radhabinod was the only son of his parents. Pal's formative years were marked by an unstable family life and economic difficulties. His father renounced the world and deserted the family, leaving it to his mother to fend for their survival.

The early intense relationship with his very traditional mother defined much of Pal’s emotional and intellectual life.

Indian political psychologist and social theorist, Ashis Nandy, notes that, all through his life, Radhabinod Pal retained a sharp sensitivity to the interrelationships between morality, vocation, and traditions. Throughout, he remained conscious of the difficulties with which his mother had raised him and his sisters. Bearing enormous physical strain and personal sacrifice, she became the final authority and source of moral legitimacy for him while she survived.

Pal was initially educated in local schools and later studied mathematics and law at Presidency College (Calcutta) and the Law College of the University of Calcutta.

Alongside teaching, Pal also practiced law at the Mymensingh Bar. He later amplified his legal qualifications by obtaining an LLM degree from Calcutta University in 1920.

The British Government of India appointed Pal as a legal advisor in 1927. Thereafter, he moved to Calcutta to build a legal career in the Calcutta High Court and subsequently became a judge of the same court in 1941.

Those experiences held him in good stead when he was appointed to the United Nations International Law Commission in 1952.

The Makings of a Tokyo War Crimes Justice

Pal often used the symbolism of colonized India as an ever suffering, victimized, widowed mother. This was his adaptation of the form of expressions used to describe the politics and arts of Bengal in the mid-19th century. It was also in this reference that the 60-year-old Indian appointee to the International Military Tribunal for the Far East (IMTFE), better known as the Tokyo War Crimes Trial, evaluated his tasks on the Tokyo Trial court.

The Indian jurist had been a backer of nationalist Indian war hero, Netaji Subhash Chandra Bose. Given his background, Pal’s concerns surrounding imperialism were not surprising. As a jurist at the Calcutta High Court when he was thrust into the international spotlight, Pal presumably had nationalist leanings that questioned and critiqued colonialism.

On January 19, 1946, a few months after the surrender, General Douglas MacArthur, Supreme Commander for the Allied Powers, issued a special proclamation that announced the establishment of the IMTFE.

The Tokyo Trial, as it was commonly referred to, was conducted by justices from 11 countries. Justice Radhabinod Pal’s presence was that of an Indian judge from British India.

As a member of the tribunal of justices officiating at the Tokyo Trial in 1946, Justice Radhabinod Pal comprehensively disagreed with all aspects of the trial, articulating the reasons in his dissenting opinion as he found all defendants “not guilty” of the charges leveled against them.

The IMTFE rendered its verdict in a series of announcements from November 4–12, 1948, by means of a 1,218-page judgment.

Unlike the vaunted Nuremberg trials, the judgment of the Tokyo tribunal was not unanimous. Justice Radhabinod Pal dissented from the majority judgment, wrote a separate dissenting opinion, filed a statement explaining each of his reasons for such dissent, and, refused to sign the “joint affirmation to administer justice fairly.”

He was not alone, however. Similarly, the member justices from France, Justice Henri Bernard, and The Netherlands, Justice B.V.A. Röling, also both dissented, although in part. Both also filed their reasons for such dissent.

Justice Röling of the Netherlands found nothing objectionable in Emperor’s Hirohito’s immunity, for he believed the latter to have been a complete figurehead. Röling based his dissent, instead, on the imperfections of the tribunal’s charter, whose validity he had questioned from the outset.

As Herbert Bix notes in his book, Hirohito and the Making of Modern Japan (Harper publishing, 2000), Röling rejected the notion of “aggression” as a crime under international law.

Justice Röling argued that war is a policy executed by a sovereign state. If so, then how can it legally determine the level of guilt or punishment for each individual in that state?

The Netherlands justice was of the view that the autonomy of every justice on this trial should come before all else, and that as jurists they needed to be objective. Waging an aggressive war was clearly not a crime when Japan went to war, Röling argued.

The many specific questions raised in Pal’s dissent regarding criminality, power, justice, war, aggression, and imperialism continue to be important in the study of war and war crimes.

Beyond the questions themselves, though, the trajectory of Pal’s life, his impressions, and the famous tryst with Japan’s destiny at the end of the World War II remain significant milestones in the study of Japan’s postwar history.

This especially, when Indo-Japanese diplomatic relations mark their 70th anniversary in 2022. Being the sole dissenting voice, Justice Radhabinod Pal struck a deep chord with the Japanese public that continues to reverberate to this day.

Next: War Crimes Trials: Why the ‘Most Politically Independent’ Judge Found the Japanese Not Guilty