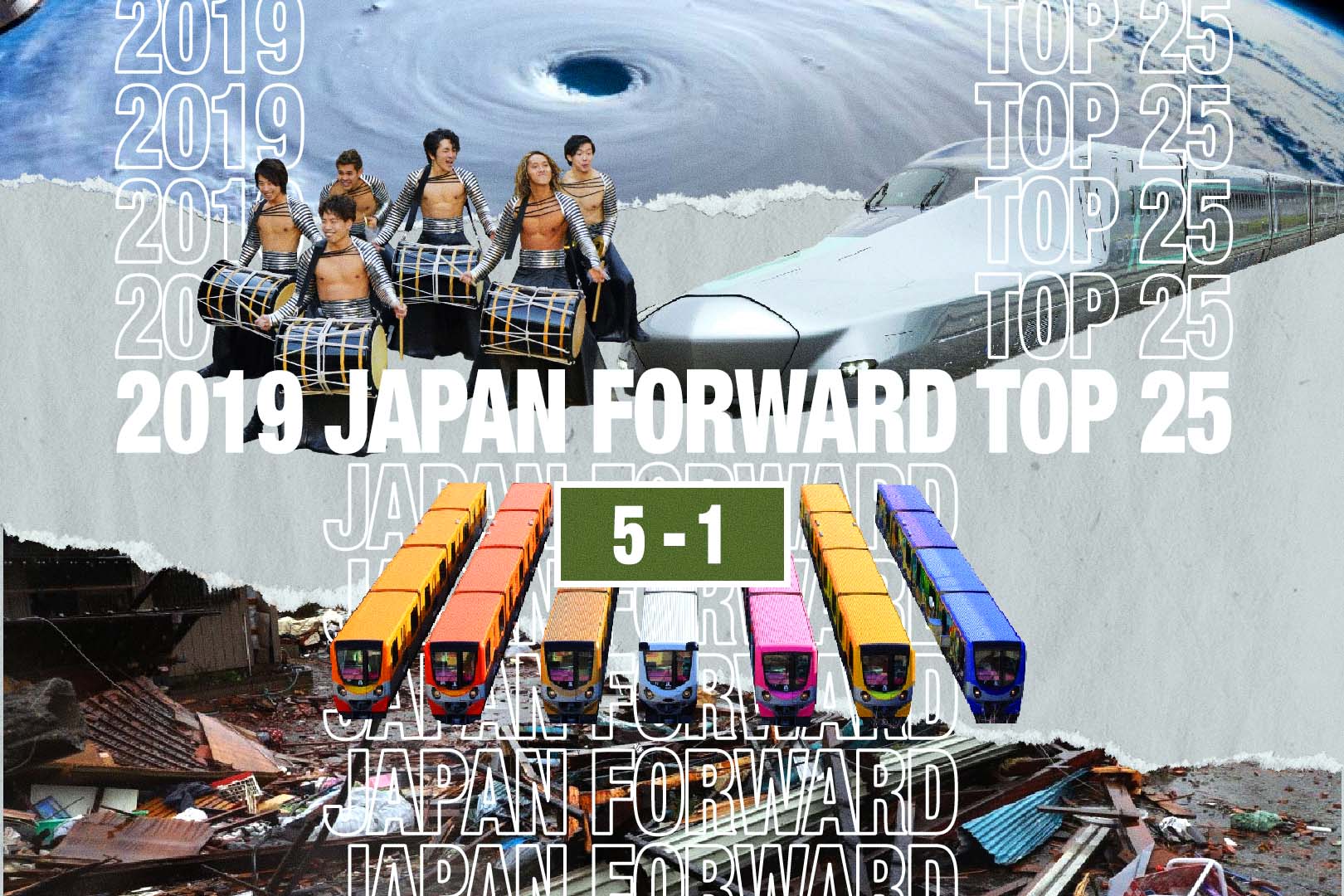 This article highlights the last set of five, numbers 5 to 1 of the most popular articles of 2019.

The typhoon, which meteorologists warned could bring damage “which many haven’t experienced in their lifetime,” was expected to make landfall in Fukushima on Sunday morning, October 13.

Like little toys straight out of a picture book, these colorful trains looked so out of place that I couldn’t resist taking a picture of them.

After rush hour one morning, in a railyard next to Nakafuto Station, trains pulled in one after another before being perfectly lined up against each other in Suminoe District, Osaka City.

Other Hidden Wonders of Japan stories

3 DRUM TAO: Traditional Taiko Band Finds A Home in Tokyo — and the World

Traditional taiko drums and state-of-the-art visuals have been combined in the show, which seems to suit foreigners’ tastes. “We want to make Tokyo like Broadway — a place where people from all over the world come to enjoy Japanese stage art,” said DRUM TAO stage director Ikuo Fujitaka.

Super Typhoon Hagibis — the Philippine name for the 19th significant weather disturbance this season — hit East and Central Japan on the evening of Saturday, October 12 with record-breaking rain and wind.

It was potentially the strongest typhoon to hit Japan in 51 years, warned the Japanese Meteorological Agency (JMA) in a press conference Friday morning, October 11, saying it is “comparable to Typhoon Ida in 1958, which killed more than 1,200 people.”

On May 16, JR East unveiled to the media the next generation of the Shinkansen, Japan’s state-of-the-art bullet trains. The new series ALFA-X was presented in Morioka, Iwate Prefecture, in northern Japan, and is set to start operation in April 2030.