WATCH: Travel from Nagoya to Kansai at the SCMAGLEV and Railway Park Museum 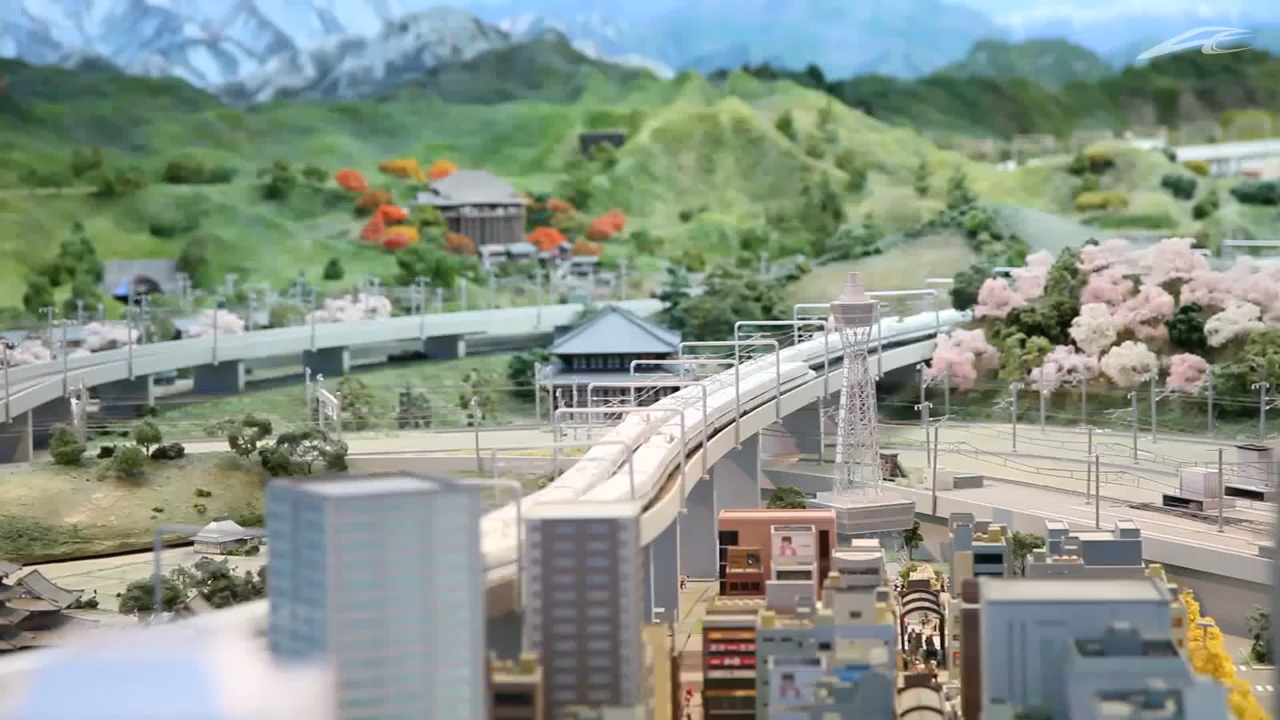 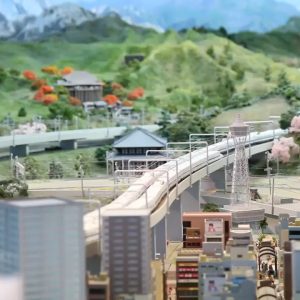 Video 1 | WATCH: Trains Bring You to Japan’s Famous Sites — at the SCMAGLEV and Railway Park Museum

Video 3 | WATCH: ‘Near-Realistic Landscapes’, Diorama Has Got Own Digital ATC at SCMAGLEV and Railway Park Museum

Video 4 | WATCH: ‘Nightscapes’: The Most Impressive Part of the SCMAGLEV and Railway Park Museum

Traveling from Nagoya to Kansai is the second video from the “museum full of memories and dreams.” The SCMAGLEV and Railway Park in Minato-ku, Nagoya, is attracting visitors with its railroad diorama, the largest model built in Japan.

The miniature bullet train leaves Nagoya station and makes its way to the next stop in the ancient city of Kyoto. Kiyomizu-no-Butai (the Kiyomizu Temple stage), a World Heritage Site, is elaborately depicted in the scenery. Kinkakuji temple also appears. The floats of the Gion festival, a summer celebration that represents not only Kyoto but all of Japan, parades through the city.

The scenery soon switches to nighttime. With a full moon in the background, the massive Daimonji (literally, the Chinese character for large or great) bonfire lights up on a mountainside, showcasing the "Kyoto Gozan no Okuribi" (bonfires on five mountains). This is another traditional summer feature of Kyoto.

Kyoto’s Okuribi event is held on the evening of August 16, when the bonfire lights up. In general, Okuribi is a Buddhist ceremony that takes place on the day after Obon (Festival of the Dead), for the purpose of the bonfires guiding the souls back to heaven. The tradition dates back to the Muromachi period (about 1336-1573) in medieval Japan when Buddhism spread across the country.

The scene then shifts from Kyoto to the city of Ise in Mie prefecture. Of course, Ise is home to none other than the Ise Grand Shrine. It is Japan’s most sacred and famous shrine where, during the Edo period, many people in large groups went on pilgrimage.

The diorama displays miniature models of shrine maidens and schoolgirls in uniform, most likely a group on a school trip walking along the approach to the shrine.

Next stop is Nara, yet another ancient city. In Nara park, the famous flock of deer roam the grounds, as a faithfully-reproduced miniature five-story pagoda of the Horyuji Temple stands proudly. Housing many National Treasures on its premises, the Horyuji Temple, built in 607, is acknowledged to be the oldest wooden building existing in the world. The temple is also registered as a World Heritage Site.

Soon, the bullet train arrives in Shin-Osaka station. If the Tokyo and Skytree Towers are symbols of Tokyo, Tsutenkaku Tower must be Osaka’s. Billboards for takoyaki and crab restaurants line up along the mini streets as the neon lights of Dotonbori shine brightly.

The highlight scenery is the exquisitely made miniature model of the Hanshin Koshien Stadium, Japan’s iconic baseball stadium. The stadium is homeground for Hanshin Tigers’, the popular professional league team, and the National High School Baseball Championships are held here every spring and fall. You can almost hear the boisterous cheers coming from the figures of vibrant fans gathered in the bleachers.

Click here for links to part 1 of this series.