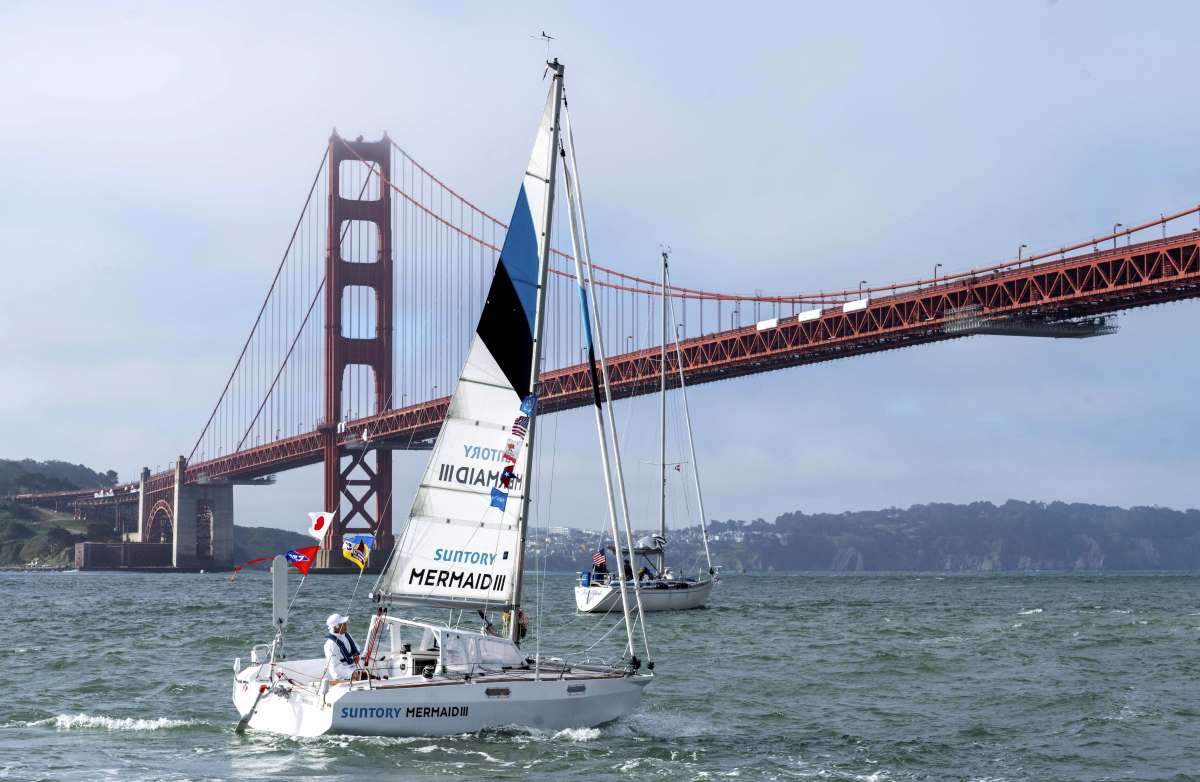 Kenichi Horie sets sail from San Francisco on March 27, 2022, for his second solo Pacific crossing, this time at 83 years old.

Newspapers of the time could sound patronizing. They introduced the then 23 year old yachtsman Kenichi Horie — who in 1962 became the first person to sail solo and nonstop across the Pacific Ocean — with the Japanese honorific -kun, used to address those of junior status, male children or teenagers, or casually among male friends.

The unprecedented feat was even criticized by Japanese newspapers for “recklessness that showed a disregard for human life.”

But word got out that he was being treated as a hero in San Francisco, where his voyage ended. And the whole world — including the newspapers — did a U-turn in their opinions of him. A journal of his voyage, titled Alone on the Pacific, became a bestseller which went on to be adapted into a film starring Yujiro Ishihara.

Akira Yokoyama, who was the designer of Horie’s yacht, praised his achievement. “He marked an emphatic end to the Japanese government’s isolationism that had continued since the 1600s.”

At the time of Horie’s first voyage, overseas travel on small yachts was not permitted. Which meant Horie had emigrated illegally to the United States — just like Yoshida Shion, who had attempted and failed to smuggle himself into the United States during the Bakumatsu era (1853-68), in the final years of the Edo period.

Sixty years later, Horie has once again succeeded in sailing solo and nonstop across the Pacific Ocean on his yacht. This time, he set sail from San Francisco and arrived at a yacht harbor in Hyogo Prefecture. He completed his 69-day voyage on June 4 aboard the Suntory Mermaid III, which was designed by Yokoyama’s son, Ichiro.

Unlike his previous voyage in which he had no means of communication, Horie had access to a solar-powered satellite phone and GPS. Still, it was nothing short of a life-threatening adventure. He overcame headwinds, sudden rains, and the powerful Kuroshio Current with his years of mastery.

At 83 years old, he is unsurprisingly the oldest person in the world to sail solo nonstop across the Pacific Ocean. Horie proudly stated, “I am still in the middle of my youth.”

Perhaps his greatest achievement is his uplifting message to Japan’s aging society, which would have been unimaginable 60 years ago.

(Read the Sankeisho article in Japanese at this link.)