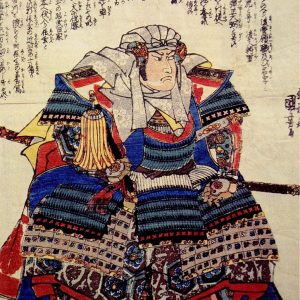 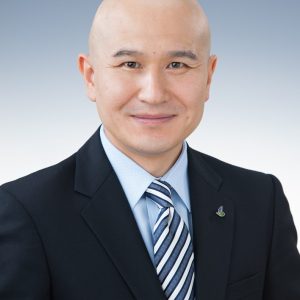 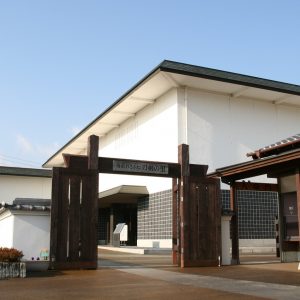 The town of Setouchi in Okayama Prefecture is home to the Osafune Japanese Sword Museum. Osafune, a village in the archaic province Bizen, has been a mecca of Japanese swordmaking since the late Heian period (794-1185). The area was known at one time as “the land of a thousand smiths” as the region was abundant with the important raw materials of Japanese swords: iron sand.

Currently, the mayor of Setouchi, Akinari Takehisa, 49, has been working tirelessly to procure the National Treasure sword, Sanchomo, for the museum. The campaign is aptly titled, “Bring Home the Sanchomo” Project.

The sword Sanchomo (also known as Yamatorige) is currently up for sale at a price of approximately USD5 million.

The sword museum is situated in what used to be the heart of the Bizen tradition of swordmaking, and is very close to where the Sanchomo was originally produced.

Today, there are seven smiths who work and give swordmaking demonstrations on the grounds of the museum, as well as various other sword-related craftsmen.

Mayor Takehisa is enthusiastic about the project as the museum is one of Japan’s most famous sword museums and regarded as the custodian of the history of the Bizen tradition. Yet, currently, it does not house a single National Treasure sword in its collections. This is a prime opportunity for the museum to acquire one of the most famous Bizen swords of all time.

Formerly a treasured sword of Sengoku period warlords, Uesugi Kenshin and his son Kagekatsu, it was the most famous blade in their 35-masterpiece sword collection.

Uesugi Kenshin is one of the more famous warlords in Japanese samurai history. He is known for his gentlemanly conduct while at the same time preserving his image as a fierce and courageous warrior. It is said that, at one time, his allies put a purge on salt being shipped to his most famous enemy Takeda Shingen. Kenshin is said to have sent salt directly to Shingen with the message, “We do not fight war with salt, we fight war with swords.”

Furthermore, in case anyone had doubts of Kenshin’s warriorship, the mountings that accompany the blade are somewhat rare among long Japanese swords as it was constructed without a sword guard. This is a feature among the swords of Uesugi Kenshin.

Additionally, when one views the Sanchomo and its fantastically active hamon (pattern of the hardened edge), depending on the reading of the characters for Sanchomo, it can be interpreted as like the feathers of a mountain pheasant, or like that of a mountain on fire.

If the project is successful, this gorgeous workmanship will be viewed directly by the general public. We will get an insight into the mind of Uesugi Kenshin and a chance to feel what he may have felt when he was viewing it.

The Sanchomo remained in the collection of the Uesugi family for many years. However, in recent years the sword passed into the hands of the current private owner. Now for sale, it has the opportunity to be owned and regularly displayed by a public museum.

It is also hoped that the purchase and public display of such a National Treasure will also encourage more tourism to the area.

Hirosuke Sato, 46, a researcher from Tokyo National Museum, described the Sanchomo as “A National Treasure among National Treasures” at the project launch press conference held at the Imperial Hotel in Tokyo on October 23.

The swordsmith, Kazuki Kawashima, 48, who works regularly at both his own forge in Osafune village and the Osafune Japanese Sword Museum, is currently trying to create a facsimile of the Sanchomo.

He recounted at the press conference that, “the Yamatorige is important not only as the standard that many modern swordsmiths strive to reach in their careers, but also as symbol of Japanese culture through which foreign visitors to Japan could gain a better understanding of the hearts and minds of the Japanese.”

The project includes a large two-part crowdfunding system that has separate pages for domestic and international donations.

Although the overall price of the sword is approximately USD5 million, the hope is that at least USD200,000 of that can be raised from international donations. The very rare gifts given in return for donations include a facsimile of the Sanchomo by master swordsmith Yoshimitsu Ono, full length oshigata (sword drawings) of the blade, poster pictures, t-shirts, etc.

If you would like to see the Sanchomo on display at the Osafune Japanese Sword Museum, or would like to obtain one of these rare gifts, please click on this link to donate.

See the links below for related articles on Japanese swords:

Japanese Swords: ‘Tatara,’ the Traditional Iron and Steel Culture of the San’in

Traveling the San’in: Orochi and the Mythical Origins of the Sword