After Shinzo Abe: Carrying On the Torch of Freedom and Democracy in Asia 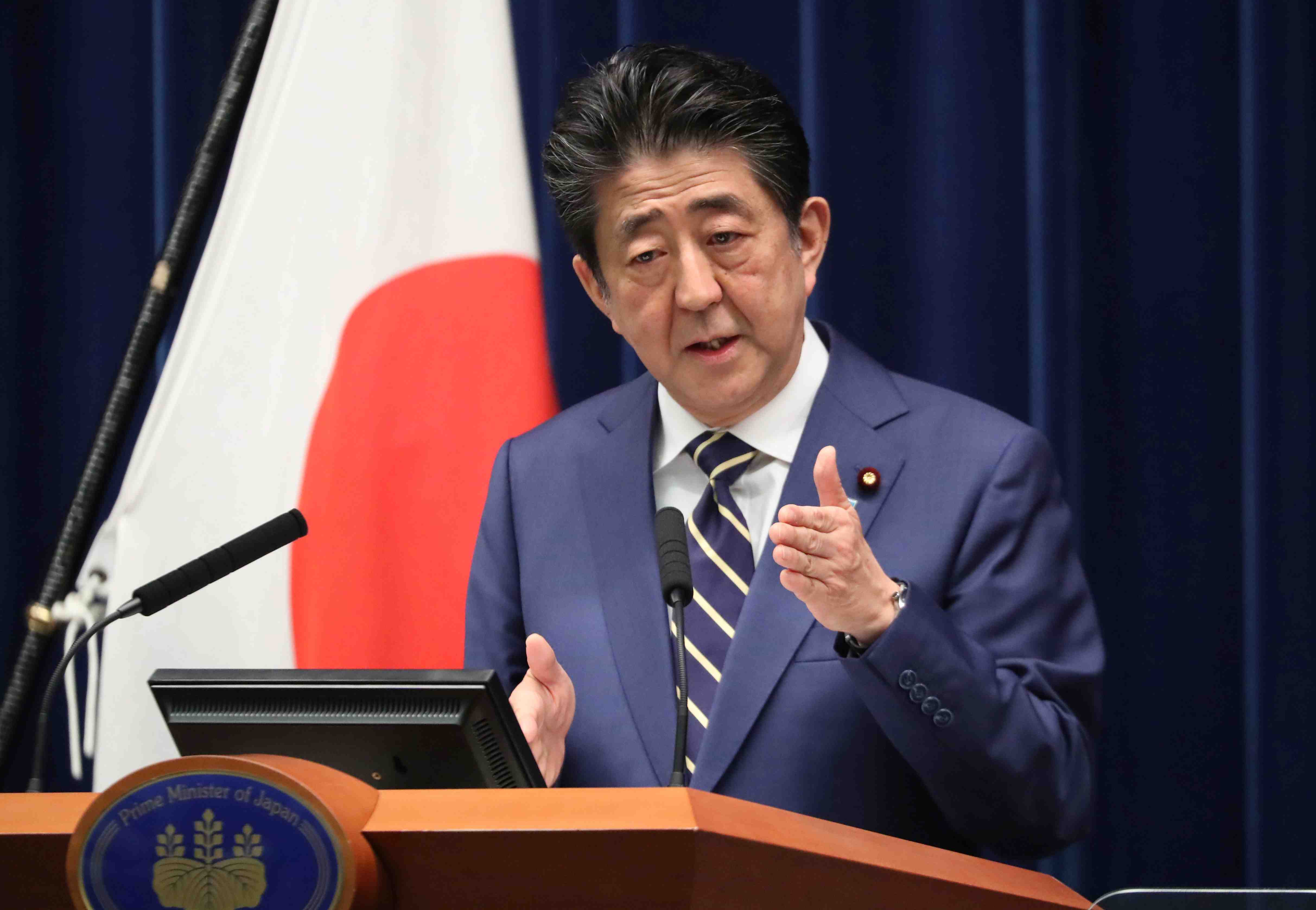 I returned to my home from a business trip to Nagata-cho on Friday, July 8, the same day former Prime Minister Shinzo Abe was assassinated in cold blood.

Earlier I was with some of his colleagues, including former Cabinet members, when we received word of his having been shot. Although his death wasn’t officially announced until six hours later, we instinctively knew his wounds were mortal.

When I returned to Kansai that evening, I found on my desk the text of one of his last major speeches before the Upper House elections began. It had arrived in the mail during my absence. The speech, published in a Japanese-language security journal, addressed three major themes:

As readers will instantly recognize, all three themes are highly interconnected.

A few days later, I brought this journal with me to read his speech on the Shinkansen to Nagoya before my own pre-scheduled lecture on July 11. Abe had been the guest speaker in May at the same venue. Prior to my talk, the organizers arranged a moment of silence.  He was clearly highly respected by those gathered, many of whom were in mourning attire.

I referenced Abe quite often during my talk about Taiwan and the United States-Japan alliance, including mentioning at the outset Abe’s kindly writing an endorsement for my English language translation of the book by Toshio Watanabe, The Meiji Japanese Who Made Modern Taiwan (Lexington), which came out this February 2022.

Last month I had also sent him and his brother, Defense Minister Nobuo Kishi, one of my latest books (中国の脅威に向けた新日米同盟)  (Seirindo Publisher, 2022) about the need for a revamped bilateral alliance in light of the shift in the balance of power in favor of China, a concern that deeply troubled Abe. He was supportive of my other projects as well and I looked forward to working with him on them after the elections.

His assassination is not only a personal loss, but a great loss for the country and the world, especially Taiwan.

The situation facing Taiwan is probably the gravest ever, certainly at least since the 1950s. The People’s Republic of China has worked hard to isolate the island country located in the center of the strategically critical First Island Chain.

Taiwan now has full diplomatic relations with only 13 member states of the United Nations, and with the Holy See (Vatican City), an observer state of the UN General Assembly.

I often explain to audiences that one of the main reasons Ukraine is able to fight against Russia in the wake of the latter’s invasion of its territory is that it is recognized by the international community.

If the rest of the world does not move quickly to establish diplomatic relations with Taiwan, the People’s Republic of China (PRC) will have its way there. Might will win out over right.

This will be bad for everyone ー especially, but not limited to Japan.

The first step, therefore, to defending Taiwan is to (re)establish full diplomatic relations with the country. The PRC needs to see that in attacking Taiwan—which it considers a part of its own country and the democratically elected government there filled with “secessionists”— it is not only attacking a small country, but instead the world. Solidarity leads to deterrence.

Of course, security relations with Taiwan need to be bolstered. Defense cooperation needs to be enhanced. Combined and multilateral exercises conducted. Intelligence shared. Personnel exchanged. However, the premise of all of this is that Taiwan is a free and democratic country in a geo-strategically important area that must be defended at all costs.

How can the world say this convincingly when so few countries—including the United States and Japan—recognize that nation?

The consequences of a PRC seizure of Taiwan — which will come sooner rather than later if the world does nothing now — are not limited to Taiwan. The United States will be viewed as having “lost Taiwan.” And its credibility, which is already at rock-bottom, will be shattered. It may even be kicked out of the Indo-Pacific, at least East Asia.

Japan will be isolated and unable to trade as China’s PLA Navy and so-called China Coast Guard will harass Japanese commercial shipping and increasingly the Maritime Self-Defense Force and Japanese Coast Guard sent to escort the ships.

The Philippines will immediately be vulnerable, too, as would the remainder of the countries in South and Southeast Asia, which have increasingly fallen prey to China in its Belt and Road Initiative.

Need I mention the fate of the Pacific Island nations, particularly the four that courageously continue to recognize Taiwan?

Abe understood this as well. That is why he famously said that a “Taiwan contingency is a Japan contingency.”

Taiwan is a vibrant, free, and sovereign democracy. It has a democratically elected leader and assembly, controls its own territory, possesses a capable and professional military, has its own currency, passport, culture, and language.

It respects the rule of law. Its people are highly educated and international. Its economy is advanced and prosperous, where innovation is valued.

The list can go and on, but the bottom line is that Taiwan is a developed country highly integrated into the regional and world economy. Isolating—or better said, not making use of the potential that expanded relations means for all countries involved—not only hurts Taiwan but hurts each country that is missing out.

In a widely cited op-ed published this spring, Abe stated that “The human tragedy that has befallen Ukraine has taught us a bitter lesson. There must no longer be any room for doubt in our resolve concerning Taiwan, and in our determination to defend freedom, democracy, human rights, and the rule of law.”

PRC officials strongly criticized Abe’s remarks, which was not surprising. The PRC is neither free nor democratic, and it does not respect human rights or the rule of law.

Further, in the speech referenced in the beginning of this piece, as well as in the aforementioned op-ed, Abe called on the United States to end its 40-year policy of “strategic ambiguity” and make a clear statement “not open to misinterpretation or multiple interpretations.”

He argued that “the policy of ambiguity worked extremely well as long as the United States was strong enough to maintain it, and as long as China was far inferior to the US in military power.

“But those days are over now. The US policy of ambiguity toward Taiwan is now fostering instability in the Indo-Pacific region, by encouraging China to underestimate US resolve, while making the government in Taipei unnecessarily anxious.”

I could not agree more.

This was a brave and necessary request. Fortunately, United States President Joe Biden seems to have responded to Abe when the American leader visited Japan six weeks later. He answered a reporter’s question at the May 23 joint press conference with Prime Minister Fumio Kishida as to whether the United States would defend Taiwan. “Yes,” he said, “It’s a commitment we made.”

I hope he follows through. Biden has made similar comments before since starting his presidency.

Abe knew that time was running out for Taiwan. That is why he increased his engagement with Taiwanese officials upon stepping down from the premiership and increasingly spoke out on behalf of Japan’s immediate neighbor to the south.

It will be up to others in the ruling party and friends and allies around the world to pick up the torch that Abe carried, lighting the way for a free, safe, and prosperous Taiwan to be able to continue to exist in the world.

I hope we don’t let the torch go out.

Eldridge is a former associate professor of US-Japan relations at Osaka University and the former political adviser to the US Marine Corps in Japan. He recently translated The Meiji Japanese Who Made Modern Taiwan (Lexington, 2022).