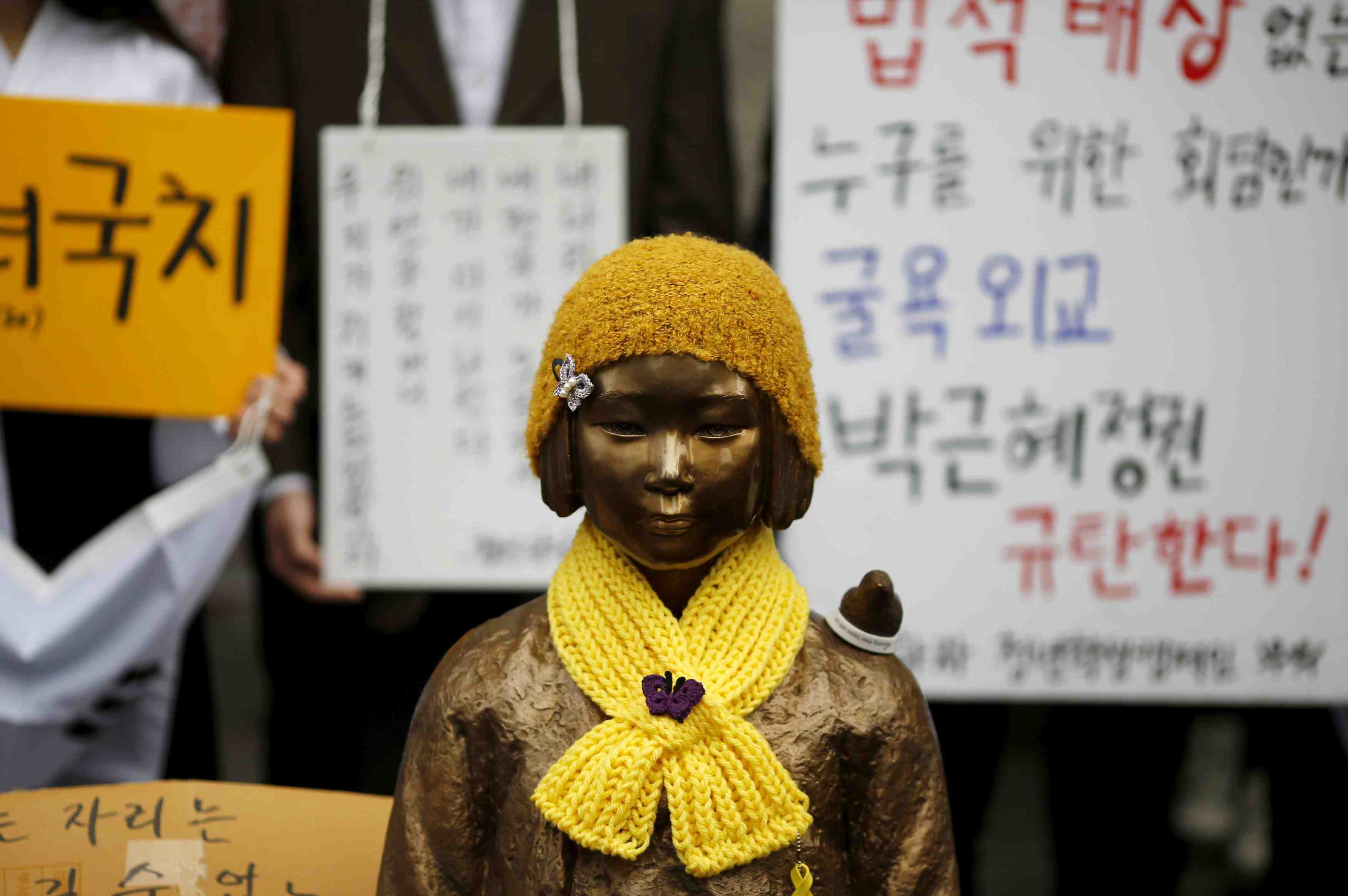 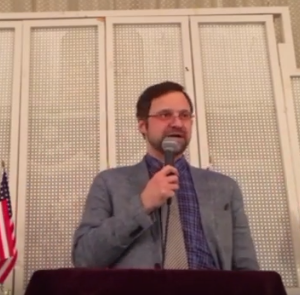 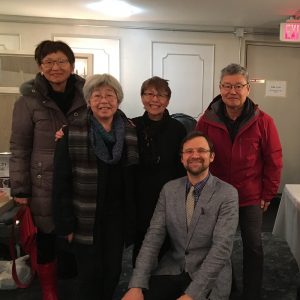 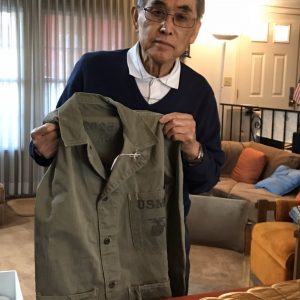 It is broad daylight when I and a handful of acquaintances duck into a nondescript brick building in a slightly raspy neighborhood. We have arrived for a talk I am scheduled to give later that afternoon. We make our way through the back door, climb a couple of flights of stairs, and find ourselves in a recessed lobby lit only by the smoky winter sunlight coming through heavily-tinted front glass doors. A few other people have already arrived, and we cautiously introduce ourselves before heading to the assembly hall that will serve as the venue for my presentation.

The talk is academic, but the atmosphere is almost conspiratorial. I have not been invited to speak to a drug cartel, an intelligence agency, or a cabal of arms dealers. My topic is Japan. The venue is a Jewish community center. The city? Toronto.

The Reality of Racism

I am in Canada for just one day at the request of Toronto Seiron, a small group interested in Japanese politics and history which has formed a good relationship with conservative Jewish leaders in the capital of Ontario Province. It is the Japan and pro-Israel connections that drive us underground.

The building in which we meet is nondescript because any Jewish or Israeli markings invite violence and vandalism, as has happened in the past.

My talk is on Japanese politics and history, including the methodology of Japanese historians and the politics of historical issues such as the comfort women, and the historiography of World War II. It has been advertised strictly through word-of-mouth among trusted friends. Posters, flyers, and Facebook announcements would surely bring unsavory characters to threaten, or worse.

Immigration in Canada and ‘Free Expression’ in America

It is deeply unsettling, and more than a little ironic, to be giving a talk on international politics in virtual secrecy in one of the most immigration-friendly countries on earth.

Adding to the irony is that I share during the talk my own experiences of having been silenced in the American academy by very well-known American professors, for telling the truth about Japanese history.

As I leave Canada the next morning and continue my journey to my home country, the United States, I reflect on the state of “free expression” in North America, especially when it comes to Israel and Japan.

What Went Wrong in North America?

One hundred years ago, whites-only activists in California and elsewhere in the U.S. clamored for the passage of highly restrictive legislation aiming to dramatically curtail immigration from East Asia. The Japanese families who had already emigrated to North America, and those that came later despite the unwelcoming legal arrangement, endured astounding racism in their struggle for acceptance as Americans and Canadians.

The federal government in Washington was so impassioned with anti-Japanese prejudice that it suspended constitutional and common law freedoms in order to incarcerate American citizens who happened to physically resemble those who bombed Pearl Harbor.

Today, it is not the federal government whom Japanese-Americans fear, or the Canadian authorities of whom Japanese-Canadians are wary. The greatest threat to those of Japanese ancestry in North America today are the immigrants, and descendants of immigrants, from two other East Asian countries: the People’s Republic of China (PRC) and the Republic of Korea.

Often supported by money and muscle supplied by Beijing, and cheered along by American and Canadian professors (the same professors that stifle open debate about East Asian history), Chinese and South Korean forces in Canada and the United States have initiated a new pogrom against people of Japanese ancestry. Anti-Japan hate groups in South Korea, and even South Korean groups like Pyongyang-affiliated Chong Dae Hyup — which now calls itself The Korean Council for Justice and Remembrance for the Issues of Military Sexual Slavery by Japan (正義連盟 정의련맹) — have teamed up with PRC-backed politicians and anti-Japan movements to intimidate people of Japanese heritage in both Canada and the U.S.

In other words, it’s an immigration problem all over again, but this time it’s not white settlers targeting Asian settlers, but Asians targeting other Asian groups.

In California, I meet with a mother who shares a heartbreaking story with me. Her son, originally from Japan as a little boy, is being mercilessly bullied at school by Korean students because of his Japanese last name. When the lesson in history class turns to the atomic bombings of Hiroshima and Nagasaki, the Korean students gloat and taunt him, glorifying in the incineration of a few hundred thousand people with names similar to his.

These reports of bullying by Korean and Chinese students in the U.S. continue to multiply, as comfort women statues and pro-PRC, anti-Japan Chinese propaganda proliferate. Historian Shiro Takahashi and author Tetsuhide Yamaoka have documented this phenomenon, not only in the U.S. but also in other places with massive Chinese and Korean immigration, such as Australia.

A further irony to this inversion of racial prejudice is that Japanese Americans have gained a well-earned reputation for service to their country. Somehow the “melting pot” ideal in the U.S. — and the multicultural dictums in Canada — seem not to apply when it comes to ethnic hatred by Korean and Chinese immigrants for families from Japan.

On the Ground with Japanese Americans

Bob Wada, a Korean War veteran and retired businessman in Southern California, is a perfect example of selfless devotion to country. After being decorated for his service in combat during the Korean War, during which he helped to free South Korea from communist invaders, Wada returned to the United States and achieved success in running a business.

Sadly, he has spent much of his retirement attempting to persuade anti-Japanese groups in his hometown to refrain from erecting Pyongyang-backed “comfort woman” statues, which are a ruse for implanting Japan-hatred in the minds of ordinary Americans. For his efforts, Wada has been smeared by biased professors working on behalf of anti-Japan groups in the U.S.

Archie Miyamoto, a lieutenant colonel in the U.S. Army who retired after serving his country in Korea, Vietnam, and during many other overseas missions as advisor and liaison, has also dedicated his retirement to countering distortions of, and outright lies about, Japanese and American history.

Miyamoto wrote Wartime Military Records on Comfort Women to set the record straight about American military history. He has distributed countless copies of the book to high schools throughout his home state of California in order to teach the younger generations that truth matters in history and hate is never the by-product of a real education.

Wada and Miyamoto’s beloved country, America, is being turned into a staging ground for ethnic division and racial animus. This is a concerted attack, often by powers fundamentally hostile to both Japan and the United States, against an open society, intellectual freedom, and the fabric of American democracy.

The ‘Claws’ Are Sinking Into Canada, Too

In Canada, the situation is arguably worse. Canadian tolerance has been weaponized by malicious groups flush with PRC cash, who have declared open warfare on Japanese Canadians and anyone who stands with them.

As Jonathan Manthorpe has detailed in Claws of the Panda, the PRC has developed deep and disturbing influence networks inside of Canada.

These networks, as reported by JAPAN Forward and the Sankei Shimbun, in turn help disseminate anti-Japan propaganda. Hong Kong-born Jenny Kwan, a member of the Canadian House of Commons from British Columbia, and Canada ALPHA, a Toronto-based PRC propaganda front founded by Hong Kong-born doctor Joseph Yu Kai Wong, have both been active in fomenting anti-Japan, anti-inclusive sentiment in their adoptive country.

It is this sentiment that chills our little group as I give my talk in Toronto on a frigid winter day. It feels as though I am addressing a band of freedom fighters under Primo Levi, when in fact I am standing in the middle of one of the most “progressive” and “tolerant” cities in the world.

As a new wave of anti-Asian feeling sweeps the globe in the wake of the coronavirus, the question is worth asking: will people of all ancestries finally embrace the possibilities of living in a new homeland, taking the advice of the Japanese-American community in Southern California to forget about the comfort women issue as a foreign problem between Korea and Japan? Or will the prejudices and divisions of the past plague the New World as badly as they now mar East Asia, where PRC and Pyongyang propaganda is also alarmingly on the rise?