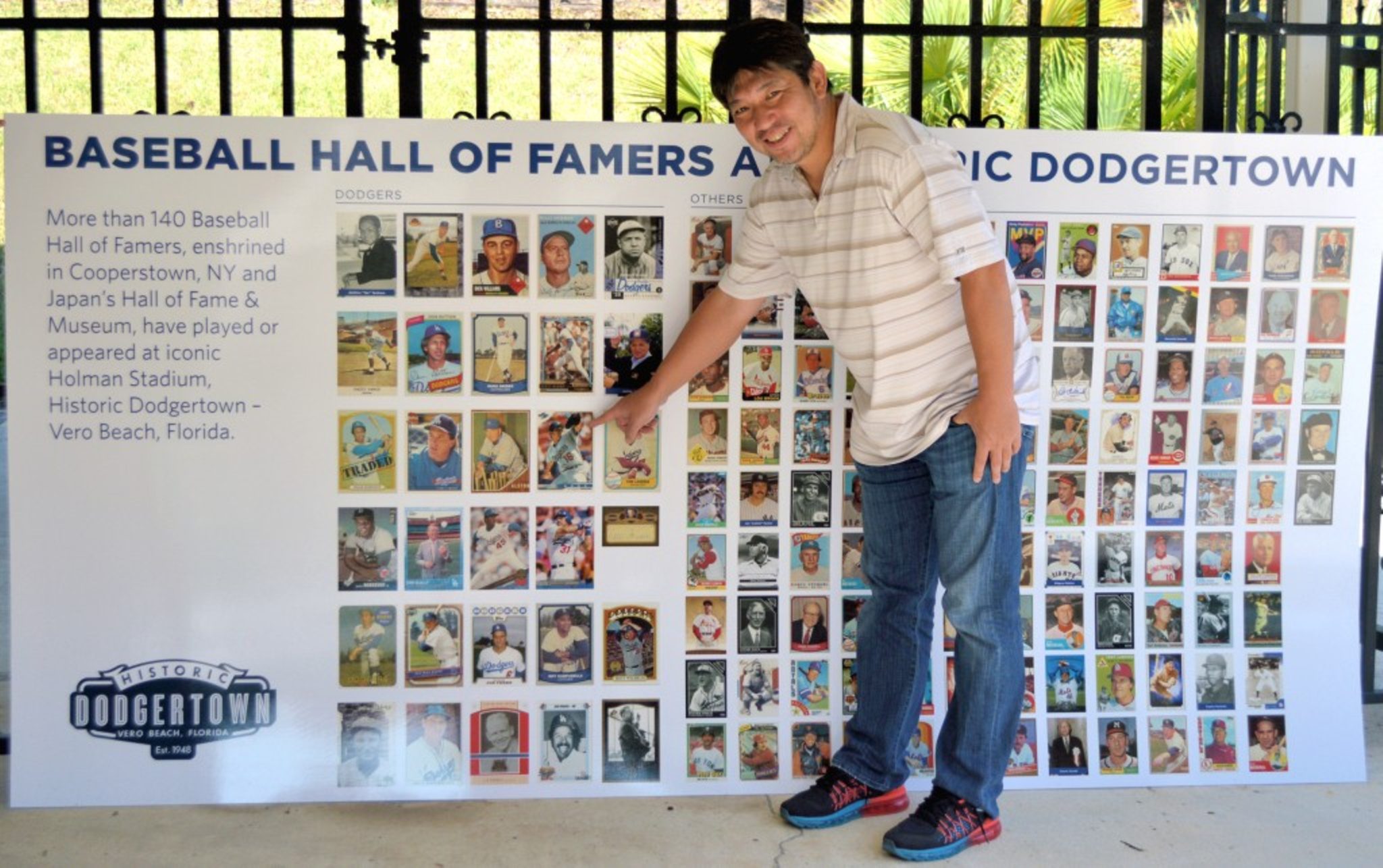 Eighth in a series

Since Hideo Nomo made his Major League Baseball debut on May 2, 1995, at Candlestick Park in San Francisco, baseball has undergone a profound change on both sides of the Pacific Ocean.

Every year, Japanese players actively seek opportunities to leave Nippon Professional Baseball for the financial lure and challenge of playing in MLB, the world's top league. And in the time it takes for the earth to make a complete orbit around the sun, MLB scouts and front-office executives are plotting and scheming to add Japanese players to their rosters.

After two decades of the 21st century, The Tornado's lasting legacy can be seen every week during the MLB season, with Japanese position players and pitchers striving for individual success and team glory. This year, the Cincinnati Reds became the last team among MLB's 30 clubs to have a Japanese player appear in a game. Outfielder Shogo Akiyama holds that distinction. (Recall that before Nomo, the only Japanese player in the majors was pitcher Masanori Murakami with the San Francisco Giants in 1964-65.)

In a recent interview with JAPAN Forward, Nomo admitted that he's pleased that dozens of Japanese players have followed his path and joined MLB clubs.

"I am glad that many Japanese players have followed me and have been successful," said Nomo, who over the course of his debut season with the Los Angeles Dodgers thrilled baseball fans with a tale tailor-made for a Hollywood script.

"However," Nomo added, "I hope that more players will come out that can match the great players of the majors."

Nomo did more than hold his own in his first MLB season. He had arrived at Dodgertown in Vero Beach, Florida in the spring of 1995 with a track record of success over five seasons with the Pacific League's Kintetsu Buffaloes.

Nomo was the NL starting pitcher in the All-Star Game for the NL and the winner of the NL Rookie of the Year Award.

Reflecting on his abundance of memories from the 1995 season, Nomo pinpointed his first start on May 2, on a Tuesday afternoon, against the San Francisco Giants that resonates with him most.

In fact, he mentioned "being on the mound for the first pitch" as his top memory. On the day, he pitched five innings of no-run, one-hit ball, walked four and struck out seven in a no-decision. The Giants won, 4-3.

For Nomo, that start was significant to him because it represented a goal being fulfilled.

"I was very happy to be on the mound," Nomo commented, noting that "I took action because I wanted to go to the majors."

While the Dodgers were in the spotlight throughout 1995, with a massive increase in terms of national and international media coverage (especially from Asia) compared to previous seasons, Nomo said last week that he enjoyed the fans' support.

Other players, of course, may have begged for the media spotlight and spurned the fans' presence. Nomo, on the other hand, dealt with it.

"The cheering of the fans helped rather than the attention from the media," the Osaka native explained.

"When I pitched well [and] when the team played a good match, the cheers of the fans gave me excitement.

"I still remember my name [being called out] when I went to the stadium, and I am grateful for the existence of the fans."

While Nomo clearly had enough talent and motivation to succeed at the major-league level, it's noteworthy that a quarter century later he still credits the role that team owner Peter O'Malley, general manager Fred Claire, manager Tom Lasorda and others had in making him comfortable and feel that he was a part of the team.

In other words, he remains appreciative of their support for him at and away from the ballpark.

"It was fun to go to the stadium and to be in the stadium, and I was able to spend time in the stadium without any inconvenience," Nomo said, responding to a question about how the team's executives helped him reach a comfort zone thousands of miles from home.

Nomo added: "I think it is thanks to them that I was able to [produce] results in the first year [with the Dodgers]."

Like a boxer landing the first hard punch of a knockout combination, for Nomo getting MLB victory No. 1 was an important step for him on his journey to success with the Dodgers.

After all, he had had five no-decisions and one defeat before the seventh time was a charm for him on June 2, 1995, at Dodger Stadium against the New York Mets. Nomo held the Mets to two hits and one run in eight innings. He fanned six and issued three walks in a 2-1 victory.

The rest is history.

Was the win a big confidence boost for Nomo?

"My feelings did not change," he told JAPAN Forward, "but I felt that my teammates recognized me in my first victory.

"After that, the results came along."

And how. Nomo went 6-0 in June 1995, including back-to-back shutouts ー with 13 strikeouts in both contests ー  to conclude the month. (On June 14, he also fanned 16 batters in a game against the Pittsburgh Pirates.)


Additional Work and Recognition in Baseball

Nomo joined the San Diego Padres in 2016 as an advisor for their baseball operations department.

Upon joining the club, the 123-game MLB winner summed up his goals in a statement:

“My hope is that my advice will be handed down to the young players of the Padres. It is also an opportunity for me to learn, and I hope to help bring a World [Series] championship to the Padres. I look forward to working with A.J. Preller and all of the Padres’ baseball operations staff.”

Nomo, a 2014 inductee into the Japanese Baseball Hall of Fame, still works as an advisor for the Padres. But because of the global COVID-19 pandemic, he returned to Japan after San Diego's minor league camp was closed.

The Los Angeles Times published a lengthy feature about Nomomania in March.

Since 2003, The Tornado has owned and operated an adult team, the Nomo Baseball Club, which is also involved in youth development activities in Japan.

It's a way for him to invest in the present and the future of the game and help pass on the skills that he learned on the baseball diamond decades ago.

Jim Small, a longtime executive for MLB's international operations succinctly summed up the impact of Nomomania in 2009, a year after The Tornado's final MLB game.

Before Hideo, playing in the majors was a dream," Small told Tokyo American Club's iNTOUCH Magazine. "After him, it was a possibility."

Talk about a special legacy.