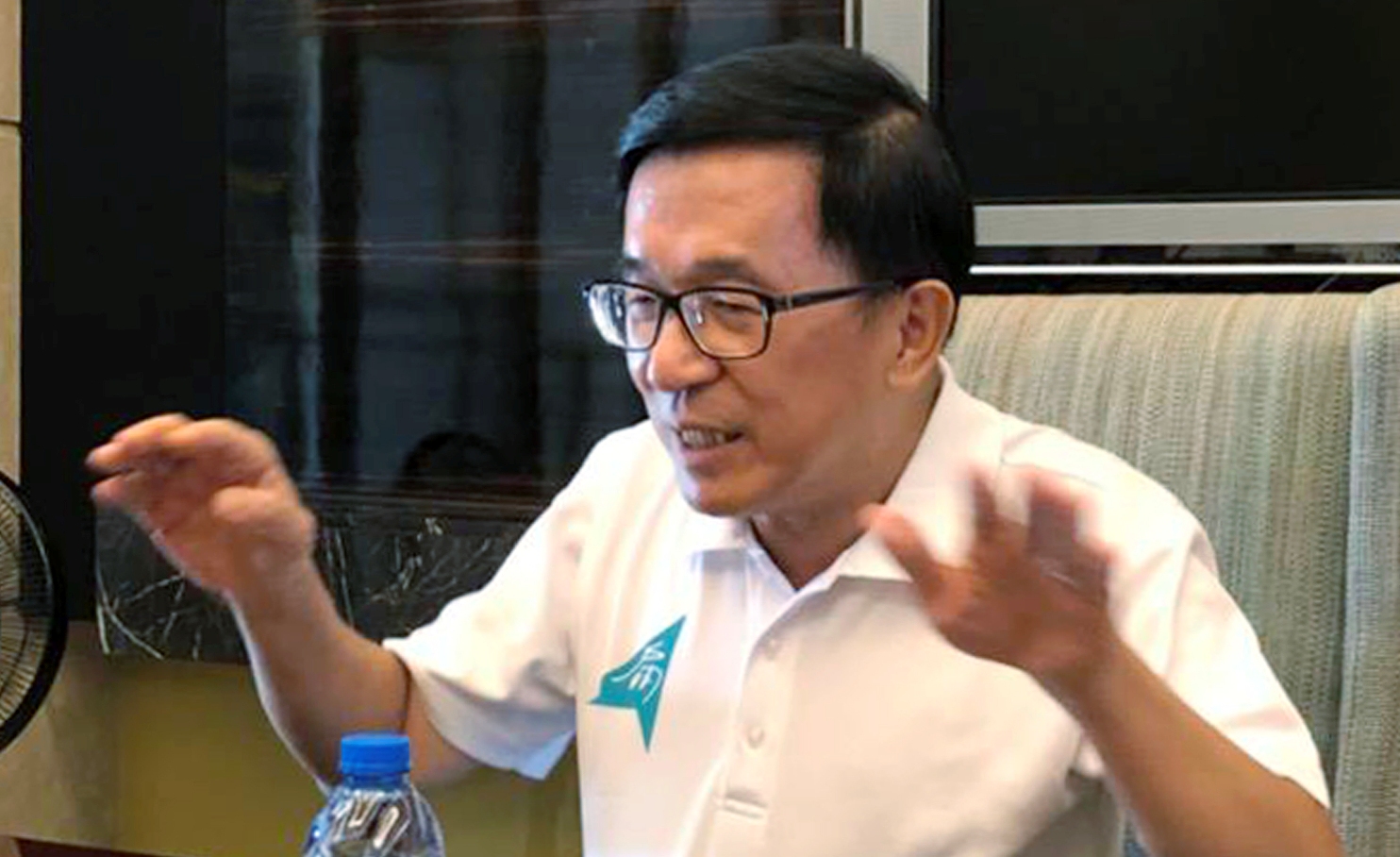 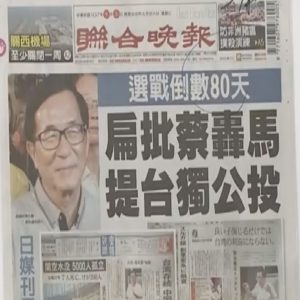 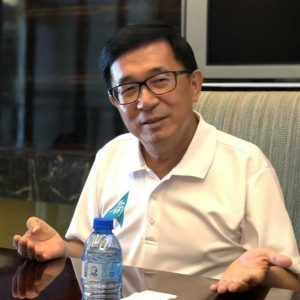 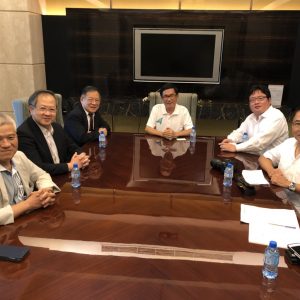 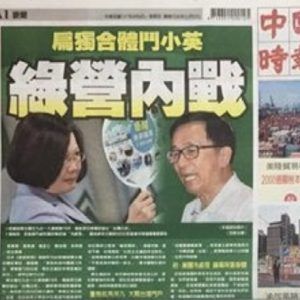 “Simply behaving like a ‘nice kid’ cannot serve the national interests of Taiwan.”

These were the words of former Taiwan President Chen Shui-bian when The Sankei Shimbun met him at a gathering organized in Kaohsiung by senior members of the Taiwanese Residents’ Association in Japan on September 2.

He gave a blistering assessment of the policy being pursued by Taiwan’s current Tsai Ing-wen administration toward China. He was even more critical of the Nationalist Party’s Ma Ying-jeou administration that preceded the DPP administration of Tsai. Throughout, though, Chen shone his passion for Taiwan’s democracy.

Here ares excerpts of our talk, where Chen Shui-bian shared his assessment of the current state of Taiwan:

The Tsai Ing-wen administration has been arguing for maintaining the status quo of China-Taiwan relations. Worthy of note, however, is the fact that China has been poised to change the status quo.

The Tsai government must be aware that an exclusively-defensive defense policy has its own limits. The government should forge ahead with more aggressive diplomatic policy by going on the offensive, I believe.

While in office as president of Taiwan, I was successful in winning back Taiwan’s diplomatic relations with countries, while also successfully establishing new diplomatic ties with four nations.

At an international convention, I enunciated the principle of “One Country, Each Side” of the Taiwan Strait. What I said was perceived by Beijing as provocative, even to the extent that the United States criticized me for being a “troublemaker.” Simply behaving like a “nice kid,” however, cannot serve the national interest of Taiwan.

On U.S.-China trade war and opportunities for Taiwan

The apparently deepening confrontation between Washington and Beijing is, in a sense, an event that could bring about a great chance in favor of Taiwan. By availing ourselves of this opportunity, we hope to build rapport with the United States and enhance Taiwan’s presence in the international community.

The reality, however, is that the United States has made a point of placing top priority on its own profits, so we should be well-aware of the fact that Taiwan has always been a pawn for the United States to be used against China when necessary.

I don’t think the Washington-Beijing trade war will last forever, so we should refrain from placing expectations on the U.S. excessively.

On expectations for Japan-Taiwan relations

I’d be truly glad if I could see Japan legislating its versions of the U.S. Taiwan Relations Act and the Taiwan Travel Act, to extend Japan’s helping hands further in terms of expediting improvement of relevant legal arrangements.

I acknowledge, however, that Japan has its own problems that must be resolved and cannot get started with that kind of task immediately.

The administration of Prime Minister Shinzo Abe, for that matter, is friendlier towards Taiwan than any other Japanese government led by the Liberal Democratic Party in the past.

I am sincerely grateful that Japan has agreed to rename what was formerly called the Interchange Association-Japan, to the Japan-Taiwan Exchange Association. The renaming of the organization was primarily due to efforts not on the side of Taiwan but of the Japanese people concerned who first mentioned about the matter. So, I feel a surge of gratitude for the kindness Japan has shown to Taiwan.

Taiwan, for its part, has fallen short of making efforts to do what it should do in response to Japan’s goodwill. Taiwan has tended to indulge itself in Japan’s generosity, I think.

On his assessment of his successor, Ma Ying-jeou

Obviously, the Ma administration created all that caused the crisis that Taiwan has been facing.

Cloaking his initiative in the name of the economy, the Ma government opened the door for Beijing almost unconditionally, and the situation became rife with Chinese transgressions.

In addition, Taiwan’s yearly economic growth rate during the eight-year period of the Ma administration averaged no more than 2.8%, as much as two points lower than the 4.8% growth rate during my eight-year term of office. The Ma government did nothing beneficial for the economy of Taiwan.

Ma bragged about his talks with Xi Jinping in November 2015 in Singapore, pompously touting their “historic handshake.”

With the inauguration of the Tsai administration a few months later, however, the incidences of China’s aircraft carrier, as well as warships and jet fighters, being spotted around Taiwan have been soaring sharply. Simultaneously, China’s bullying of Taiwan accelerated in the international community.

Looking back on it now, that Ma-Xi meeting was nothing but Ma’s personal grandstanding. It did not bring about peace or prosperity to Taiwan.

The first thing they do when they grab the reins of government is to liquidate people who were influential in the previous government, seizing their property and killing their lineage. If you read the history of China’s emperors over a period of 2,000 years, you will see nothing but blood and tears.

I won the presidential election in 2000, bringing an end to the Nationalist Party’s decades long rule of Taiwan. Although my triumph received worldwide acclaim as “having realized Taiwan’s democratization,” in the eyes of Nationalist Party leaders, who only understood the concept of revolution decreed by Heaven, I had committed an enormous crime.

Therefore, I was targeted immediately after the Ma regime was established.

It was, of course, a harrowing experience for me to be imprisoned for groundless accusations, but I think it is a cross that must be carried for the sake of Taiwan’s democratization.

Chen Shui-bian was born in the city of Tainan in 1951. He passed Taiwan’s bar examination at a young age while studying at the National Taiwan University College of Law (Taipei).

He practiced law in a commercial firm and then in 1980 participated as defense counsel for democratization movement activists. This experience led him into politics.

After holding such positions as mayor of Taipei, he was elected in 2000 as president of Taiwan from the Democratic Progressive Party, accomplishing a peaceful transition of government from the the Nationalist Party (Kuomintang) that had been in power for half a century.

He was successful in winning a second term as president in 2004. After retiring from the post of Taiwanese president in 2008, Chen was arrested and convicted of taking bribes and related charges, receiving a prison sentence. Currently, he is on medical parole.

Click here to read the full interview in Japanese.