Big Challenges and Humble Origins: Prime Minister Suga Might Just Be Able to Pull it Off 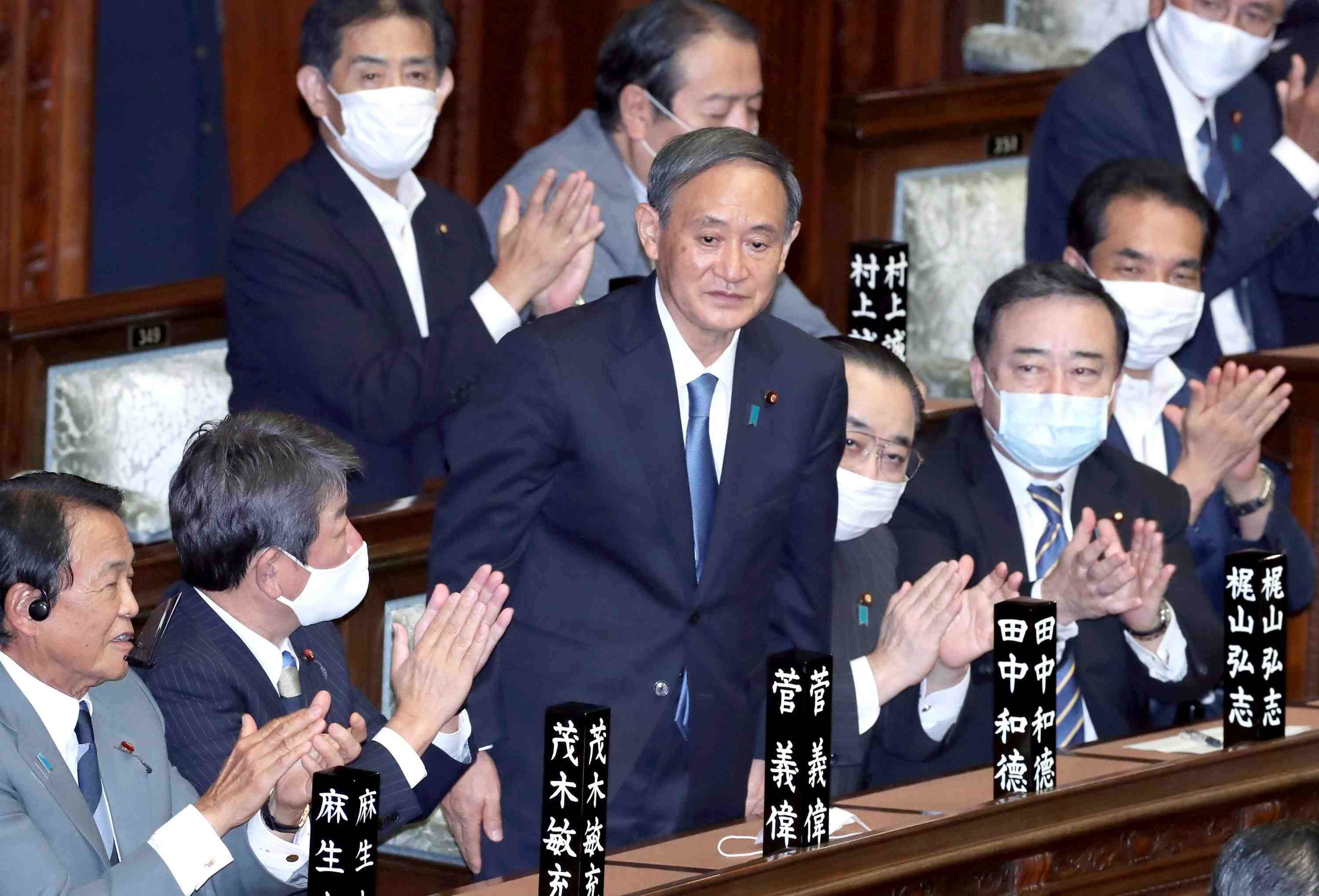 With Yoshihide Suga taking over as the new Japanese Prime Minister, it will be an opportune time to take stock of the challenges the new prime minister and his team face.

The first challenge, no doubt, will be to bring the economy back on track, particularly after the setback it has received in the light of the coronavirus outbreak. It is worth noting here that during the April to June period this year, Japan’s economy shrank an annualized real 27.8 percent from the previous quarter.

To tide over the impact of the pandemic, Japan had launched a fiscal package amounting to almost 20 percent of its GDP. As part of the same, Japan had also allocated ￥220 billion JPY (~$2.2 billion USD) for companies to relocate their supply lines from China back to Japan and ￥２3.5 billion JPY (~$225 million USD) to those planning to relocate their production to certain third countries.

While Prime Minister Abe has had mixed success with his “Abenomics”, there is a lot of work that still remains to be done.

There is already talk of “Suganomics”, but it remains to be seen whether his tenure will mark a radical departure from former Prime Minister Abe’s economic policies. The digitalization of the economy will be a key challenge especially in the light of the coronavirus outbreak. Prime Minister Suga has already talked about boosting regional economies and reducing mobile phone charges in Japan.

Second, the next biggest challenge will be dealing with China.

Beijing may seek to test the new prime minister. In addition, with a change of the defense minister, one cannot rule out aggressive action from Beijing around the Senkakus. China has been rapidly building its naval strength and now officially has the biggest navy in the world in terms of ship numbers.

Meanwhile, the former Prime Minister Abe’s visit to the Yasukuni Shrine in Tokyo is sure to ruffle many feathers in Beijing. This will certainly not make Prime Minister Suga’s task easier. Japan-China relations have taken an about turn since Chinese President Xi Jinping’s planned state visit to Japan was indefinitely delayed earlier this year, due to the outbreak of the coronavirus pandemic.

Third, the ageing population will be another key challenge. Japan has a rapidly ageing population and Prime Minister Suga and his team will need to develop innovative solutions to tackle this issue. The falling birth rate does not help matters. Besides, the elderly are vulnerable to diseases like coronavirus, and this is something the government will need to take note of.

Fourth, on the foreign policy front, another key challenge will be dealing with a maverick U.S. president. Prime Minister  Suga spoke to President Trump last Sunday over phone and conveyed to the US President “that their two nations’ cooperation is the cornerstone of peace and stability in the region.”

Meanwhile, the U.S. will be going to elections later this year and it will be a challenge for Prime Minister Suga to build the kind of camaraderie with either President Trump or a new president in the event Joe Biden wins, as had happened with Prime Minister Abe.

Fifth, another challenge may well be the revision of Article 9 of the Japanese Constitution, which had been one of the key aims of the former prime minister, and one which he could not fulfill.

In addition, holding the postponed Tokyo Olympics next year will demand a lot of Prime Minister Suga’s energy.

Separately, reviving the tourism sector will not be easy, and the government under new Prime Minister Suga will have to push the “Go To Travel” campaign. While Japan has fared much better than many countries in the fight against the pandemic, as domestic travel ramps up it must be prepared for a second wave of the virus.

Sixth, however, there are some issues where Prime Minister Suga’s leadership will be tested. These include issues like whether to continue with the generation of nuclear energy and promotion of commercial whaling. Also, although the former prime minister achieved limited success with promoting the role of women in the workforce and income equality, much work remains to be done.

No Luxury of Time

What is worth remembering is that Prime Minister Suga has just over a year to show that he really means business, after which there will be fresh elections to the lower house of the Japanese Parliament. Some in Japan have also been mentioning the possibility of a snap election. In addition, the new prime minister will also face a LDP (Liberal Democratic Party) leadership vote in September next year as per party rules.

Apart from China, North Korea under Kim Jong-un may well be waiting and watching. Pyongyang has been chafing at the lack of response from the Trump administration since the Hanoi Summit and may try to provoke Tokyo, in order to send a message to Washington.

That said, it will certainly be no easy task to live up to the legacy of former Prime Minister Abe, Japan’s longest serving prime minister. What the new prime minister can count on, however, is the backing of the former prime minister, Shinzo Abe, and his experience of having served as the Chief Cabinet Secretary for eight years.

Will Prime Minister Suga pull it off? For someone who has reached the apex of Japanese politics from very humble origins, it may well be the case.