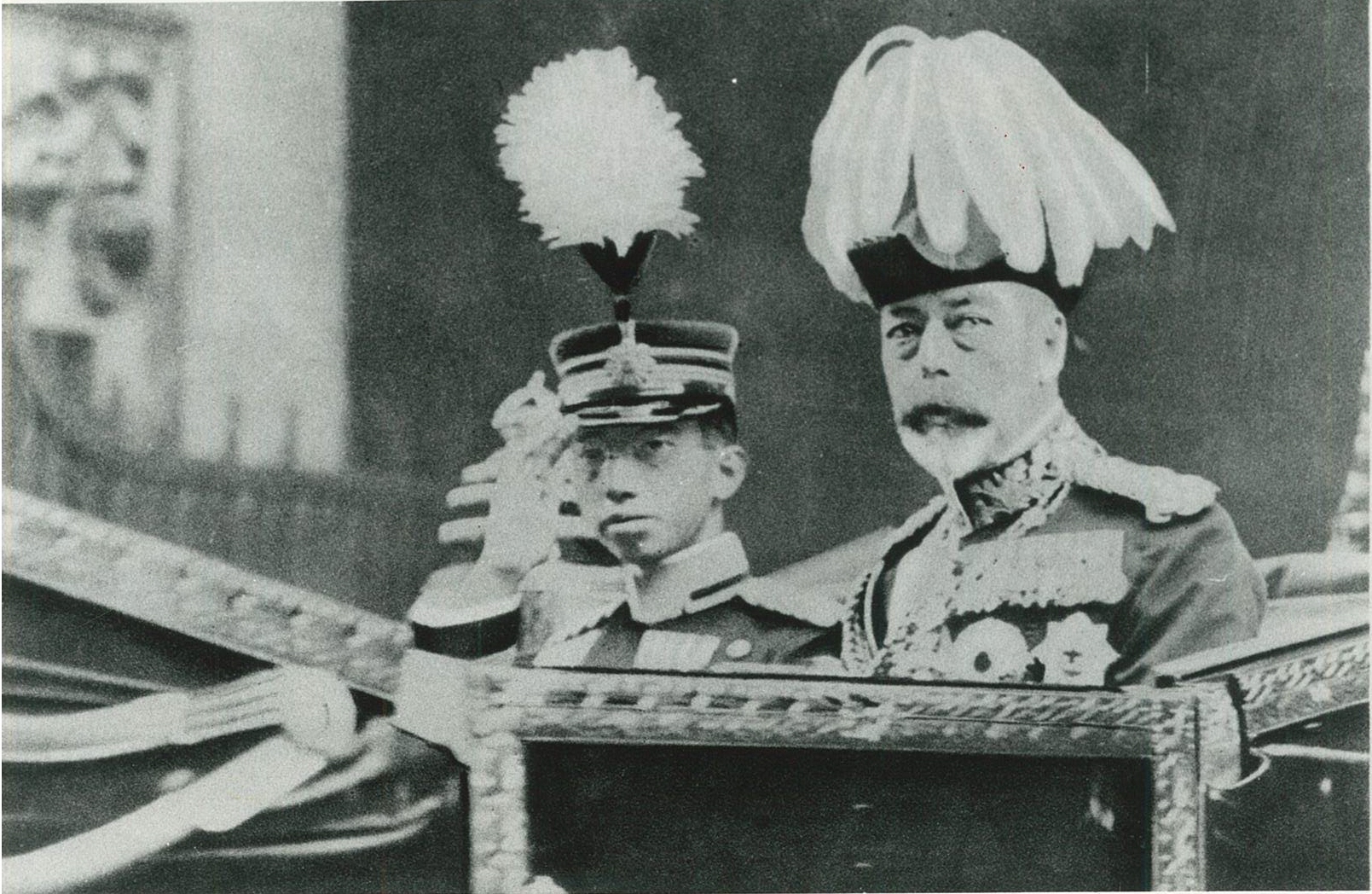 Bookmark is a JAPAN Forward feature that gives you long reads for the weekend. Each edition introduces one overarching thought that branches off to a wide variety of themes. Our hope for these works is for readers to find new depths and perspectives to explore and enjoy.

It was somewhat “impolite” to mention in the presence of British leaders during the occupation of Japan, recalled New Zealander newsman, Lachie McDonald. What, you might wonder? Incredibly as it sounds, at the time of Pearl Harbor, the Showa Emperor was a general in the British army.

One hundred years ago, from March 3 to September 3, 1921, the then Crown Prince embarked upon a six-month European Tour. It was while on this tour that King George V bestowed the rank of general upon the 20-year-old heir to Chrysanthemum throne.

The reason? It was said to be so he would have an agreeable uniform to wear at a march past at Aldershot, and for his tours of Sandhurst and the staff college at Camberley. A knighthood of the garter followed in 1928, two years into his reign.

This goodwill gesture by King George V arguably constitutes the high point of the remarkable relationship between Britain and Japan. At the time, it was the most mutually beneficial relationship that Japan was able to establish between itself and a Western imperial power.


A Look Back to the Origins

The strength of the Japan/Britain relationship can ironically be sourced to the infamous Namamugi incident of 1862, when Charles Richardson, a British merchant, was cut down for perceived disrespect by an armed retinue of Satsuma soldiers (present day Kagoshima).

Unsuccessful negotiations for justice and compensation from the Satsuma domain led to the bombardment of Kagoshima City, an engagement commonly known as the Anglo-Satsuma war.

It was the Satsuma, however, that had most urgently embraced technological modernization since the 1853 arrival of U.S. Commodore Perry. They had successfully produced cannon, which while clearly inferior to those of the opposing British, were employed with some success.

A stalemate ensued that led to renewed negotiations. The Satsuma paid the demanded compensation, but were able to leverage the military encounter into a trade and diplomatic relationship. The British would go on to provide the Japanese navy’s first warships, as well as the model for the Japanese parliamentary system that commenced in 1890.

ALSO RELATED: The British in Bakumatsu Japan: The Tozenji Incident


An End to Isolation

The relationship truly bore fruit for Japan with the signing of the Anglo-Japanese Alliance in 1902.  The fear of both signatories was Russian encroachment into Asia. The alliance was particularly noteworthy in that it ended Britain's policy of  “splendid isolation” in which it had purposefully avoided alliances for close to two decades.

The Anglo-Japanese Alliance proved its worth to the Japanese when the British denied the Russian fleet access to the Suez canal during the Russo-Japanese War of 1905, forcing them to traverse the West coast of Africa. They arrived in Asia in considerable disarray, before being trounced in the strait of Tsushima by the Japanese fleet under the command of Admiral Togo, a Kagoshima native who had participated in the Anglo-Satsuma War.

The existence of the alliance also dissuaded France from participating in the war on the Russian side.

The Japanese reciprocated by coming into the First World War, during which they relieved Germany of its imperial possessions in the Pacific, escorted the ANZAC troops (Australian and New Zealand Army Corps) to Europe, and protected Allied shipping in the Mediterranean.

Perhaps the most significant virtue of the Anglo-Japanese Alliance, however, was that it provided Asian Japan with a sense of inclusion within what was essentially a white-man’s game. It placed Japan on a footing with a leading nation of the West.

The alliance was renewed in both 1905 and 1911, but not at the next juncture of 1921. The British consented to demands for its non-renewal from Commonwealth nations and the United States of America.

The Japanese viewed negation as a mark of racial isolation and a blow to their pride. The treaty had been discarded “like an old pair of sandals”, a former foreign minister complained.

And then, twenty years later, Britain and Japan were at war.

America’s interests within Asia were greatly expanded as a result of the Asia-Pacific War, but not so those of Britain. While Britain takes pride as a victor nation in the two disparate conflicts collectively referred to as the Second World War, its victory over Japan was bitter-sweet. Britain’s imperial standing could not be reclaimed after Japanese surrender. Ultimately, it fared no better within Asia than defeated Japan.

An argument might therefore be advanced of Britain being better served with the continuation of the Anglo-Japanese alliance, moderating in return the excesses of Japanese militarists who lost faith in the U.S and European powers.

That would certainly have required a degree of compartmentalization by the Japanese, as the British empire was built on the myth of white rule being the natural order of things. The Japanese, however, were prepared to make that pact with the white supremacist Nazis. Moreover, in their proposal for an anti-discrimination clause being included in the Covenant of the League of Nations in 1919, they consented that it only be applicable to signatories to the League. This would not have included any peoples living under colonial control.

The alliance between the Nazis and Japan, however, was both short and purely of convenience. It provides little precedent. Additionally, the British policy of projecting white superiority was entrenched. It had to be. There was no other rationalization that could have enabled so few Britons to engender control over so many densely populated landmasses.

Inevitable Japanese calls for a gradual relaxation of this racist mindset could not have been met. The maintenance of a close long term alliance with a non-white nation was more than Britain’s brand of imperialism could allow.

The primary concern of any imperial power, however, is the integrity of the homeland. From this point of view, the British decision was wise. The Japanese would never have been able to provide any meaningful assistance towards the defense of the British Isles. The U.S. contribution was, and continues to be, substantial.

Unsurprisingly, the Showa Emperor was stripped of his British titles in 1941. Nevertheless, he regained his knighthood (if not his military commission) thirty years later during his 1971 British tour. (Find photos and video from the Emperor’s visit to Britain here.)

While blood may be thicker than water, a mutually beneficial alliance, it seems, never fully dissipates. It retains some thickness today, as well.

Find other articles by Paul de Vries on Japan’s history on his JAPAN Forward author's page.