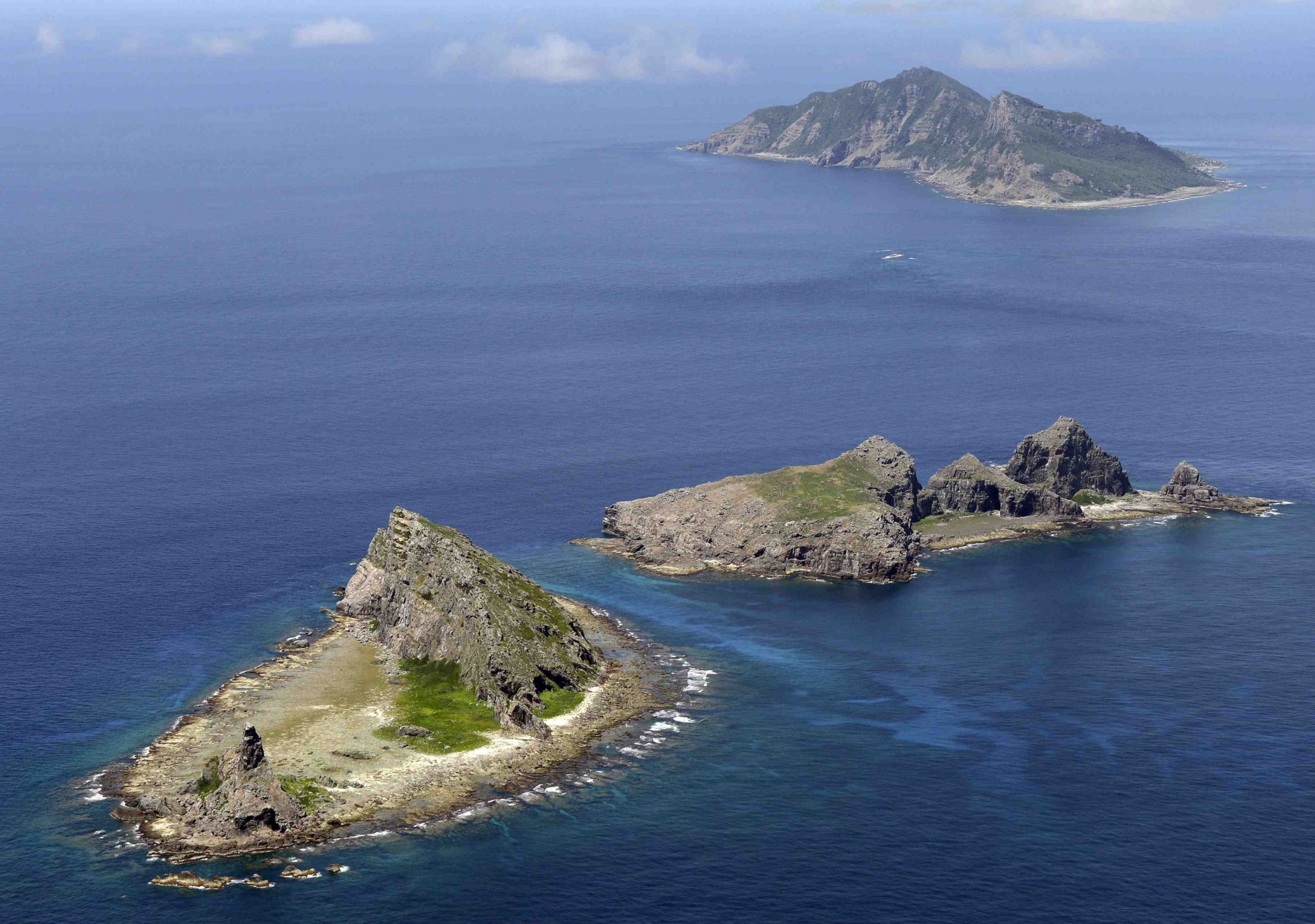 Earlier this month, Ishigaki City, Okinawa Prefecture, and Japan as a whole, celebrated the anniversary of the incorporation of the Senkaku Islands under Japan’s sovereignty and control in 1895.

The annual ceremony, conducted on January 14 in Ishigaki City, is called the Senkaku Shotō Kaitaku no Hi, or Development of the Senkaku Islands Day. It began to be commemorated in 2011, and so this year’s celebration was the 10th to date, although the history of the incorporation of the islands into Japan by Cabinet decision dates back 126 years.

I had the pleasure of observing the second ceremony, conducted in January 2012, attending it with a mentor from the U.S. Marine Corps, Col. Grant Newsham. Both of us were working at the time for different commands—he with the U.S. Marine Corps Forces Pacific (in Hawaii) and I with Marine Corps Installations Pacific (in Okinawa). We went in a private capacity to the ceremony at the memorial and to the formal event, which included speeches and lectures, at the civic hall afterwards.

This annual event is usually well attended, including officials from both the ruling and opposition parties nationwide and locally. Mayor Nakayama Yoshitaka, whose city has long had administrative jurisdiction over the islands, attends and makes remarks.

Its first year saw more than 300 in attendance, and the year we attended seemed equally high.

It is an important event in that it raises awareness about the history of the islands and their inclusion into Japan, the challenges by China to Japan’s administration over the islands, and the problems associated with China’s incursions into the area for local fishermen.

There are many other things that can be done to raise awareness. My biggest recommendation has long been for the creation of a Senkaku Islands Historical Center to be built in Ishigaki using the funds collected in 2012 by the Tokyo Metropolitan Government for the purchase of several islands from a family who privately owned them following the development of the islands more than a century ago.

The historical center would be four stories in height. The first floor would be an open (on three sides), outside, covered picnic area for school groups and others to sit and relax before or after entering the building for tours or exhibits. On the one wall would be maps and photos of the Senkaku Islands.

The second floor would include a lecture room in which these student groups and others would hear talks or watch documentaries about the islands, with the walls covered with photos from the islands taken over the last century.

The third floor would be dedicated for a museum for displays of items from the islands and important documents, photos, etc. Descriptions would appear in Japanese, English, and other languages.

The fourth floor would include an archive of all things related to the Senkakus gathered from around the world—documents, treaties, articles, books, newspapers, magazines, video, etc.—which would be open to researchers. It will become the single greatest repository of information related to the Senkaku Islands.

I made this proposal in 2012 after the central government had decided to purchase the islands and the funds gathered by thousands of Japanese people sat unutilized. Former Governors Shintarō Ishihara and Naoki Inose have endorsed the idea in meetings with both men, with Mr. Inose pointing out that the bill to establish the fund would simply need to be amended to allow the funds to be transferred to Ishigaki City for construction of the Senkakus Center.

To further make it a reality, I would encourage Ishigaki City to donate the land necessary to construct it, preferably on ground high enough that it would not be inundated in a future tsunami or high tides from a typhoon.

The center would have multiple purposes. It would generate a new appreciation among the general public for Japanese territory, especially the Senkaku Islands issue. Second, being located in Ishigaki, it would reinforce to scholars around the world that the islands are in fact, Japan’s. Third, it would promote tourism to Ishigaki and regional development there.

A visiting scholar’s program could be started through donations or other funds to facilitate international exchange and research, with the person being required to give a lecture or two based on his or her research. A resident scholar or archivist could also do lectures remotely from the Senkakus Center to universities and think tanks in Japan and around the world.

Regarding documentaries mentioned earlier, I would also like to see Ishigaki City or the Japanese government sponsor a documentary on the islands using both drones, scientists, and videographers to record the geography of the island, the original settlement, and the different unique plants and animal life.

It could be shown in June this year, which marks the 50th anniversary of Okinawa Reversion Agreement, which permitted the return of the Senkakus to Japan as part of the agreement, locally and nationwide, and then internationally, or immediately uploaded on to the Internet.

RELATED: It’s Time for the U.S. to Recognize Japanese Sovereignty Over the Senkaku Islands

During the U.S. administration of the Senkaku Islands from 1945 to 1972, numerous Japanese scientists and officials were able to visit the islands. Ironically, in the years since administrative rights were returned to Japan those visits have been strictly limited, particularly in recent years. As a result, there is little information today about the conditions of the islands.

Scientific surveys combined with state-of-the-art video technology would be of great interest to scholars and the Japanese public. I myself look forward to watching this documentary in the center when it is eventually built.

Hopefully, the Japanese government will end the self-imposed ban on Japanese (and others residing in Japan) from visiting the Senkaku Islands, and the center’s staff could act as tour guides or facilitate the study trips to the islands.

To preserve the islands’ ecology, daily visitors could be limited to a several dozen and overnight visitors to a smaller number. The center could be tasked with managing the island’s accommodations.

Video cameras could also be set up around the islands to monitor the changing conditions on the islands, including the weather, and observe the wildlife.

There could even be a permanent presence, with officials from different government agencies co-located to handle their respective functions, on a rotational basis. Indeed, I have long argued for the need of such a presence.

RELATED: 4 Ways Japan Can Protect the Senkaku Islands Without Fighting

The ruling Liberal Democratic Party of Japan, in the run-up to its overwhelming victory in December 2012, also called for a presence of public officials on the island, but unfortunately has yet to realize it. Most Japanese (and U.S.-Japan alliance supporters in the United States) think it is about time to do so as a further demonstration of Japan’s administration over the islands. I certainly do.

Dr. Eldridge is the author of The Origins of U.S. Policy in the East China Sea Islands Dispute: Okinawa’s Reversion and the Senkaku Islands (Routledge, 2014) and numerous works about Okinawa and U.S.-Japan security relations.