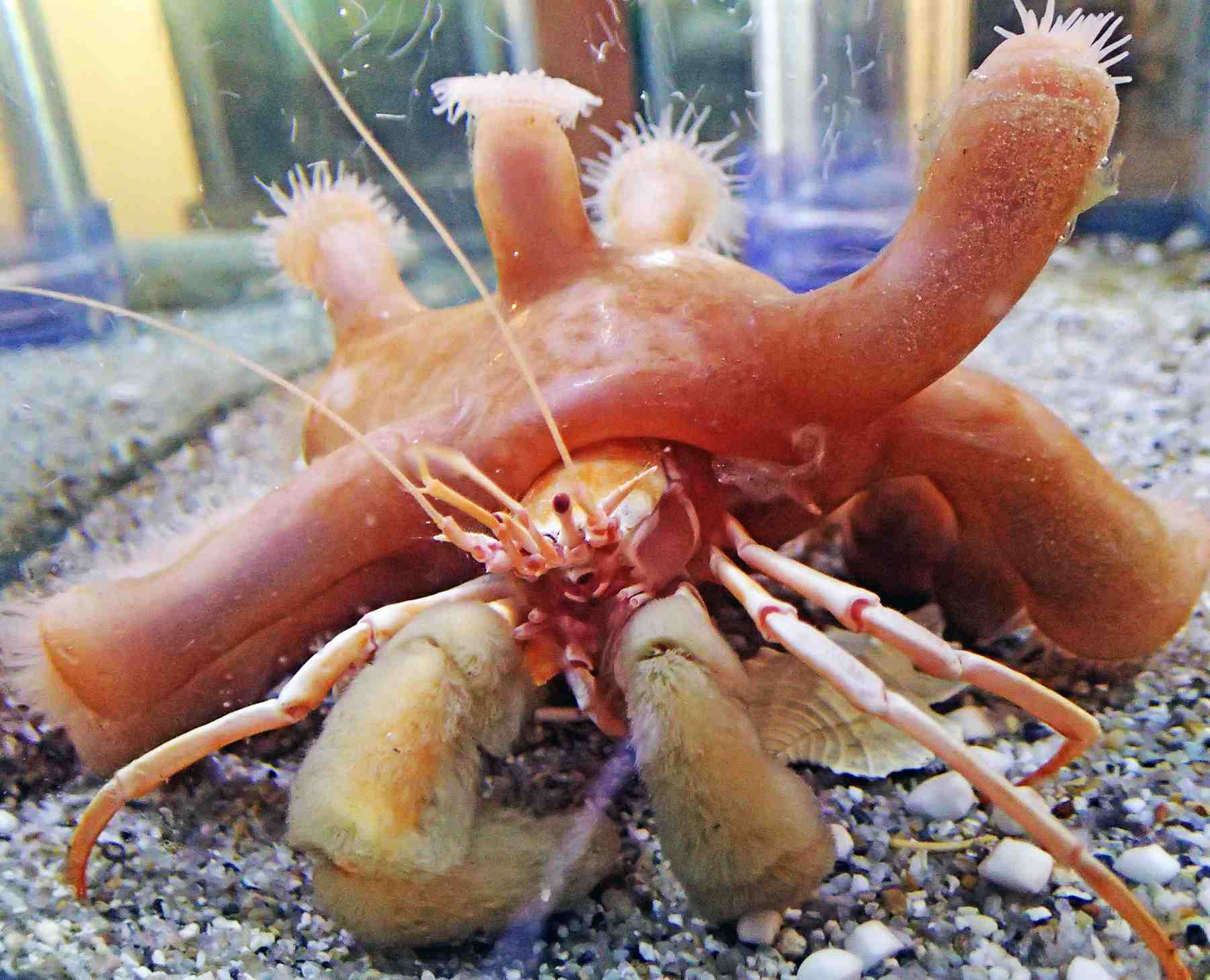 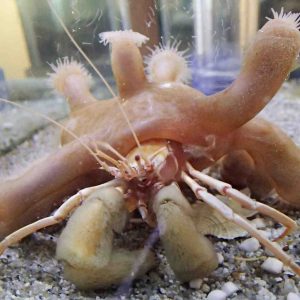 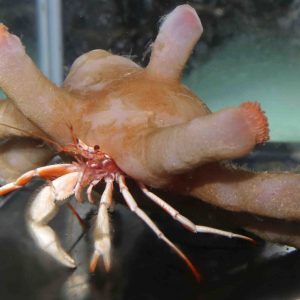 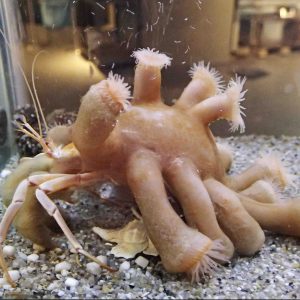 On December 17, 2019, the Toba Aquarium in Toba City, Mie prefecture announced that a Zoantharia coral raised at the aquarium has been recognized as a new species.

The Japanese name of the new creature is Yadokari (hermit crab) Sunaginchaku (Zoantharia, or sand creeplet). The new species has been given the academic name “Epizoanthus xenomorphoideus,” seeing that it is shaped like “Xenomorph,” an extraterrestrial living organism that attacks human faces in the sci-fi flick, Alien (1979).

In December, a thesis published in a British science magazine made the discovery official.

Takeya Moritaki, a curator at Toba Aquarium, collected the new species from the Kumano Sea off the coast of Owase City in Mie prefecture on January 24, 2014. Two years later, a research group at the graduate school of the University of the Ryukyus analyzed the specimen, which was in a dying condition, and confirmed it to be a new species. The specimen is currently kept at the Tsukuba Research Departments of the National Museum of Nature and Science in Ibaraki prefecture just outside Tokyo.

The new species is around 5 to 10 centimeters tall and grows symbiotically with hermit crabs in the deep sea. Zoantharia attaches itself to a shell carried by a hermit crab, and, like “Xenomorph” in Alien, it grows while gradually dissolving the crab’s shell until it completely disappears. The hermit crab then lives in a chamber formed by the Zoantharia coral. The new species survives on its own after the hermit crab dies.

From 2010 to 2017, six Yadokari Sunaginchaku were collected and raised at the Toba Aquarium. However, none are being bred at the moment.

Curator Moritaki said enthusiastically: “Various new species are found in Kumano Sea. So far, we have collected nine new species, including polychaetes (bristle worms). I’m looking forward to future research, as there should be many more new creatures to be found in the area.”