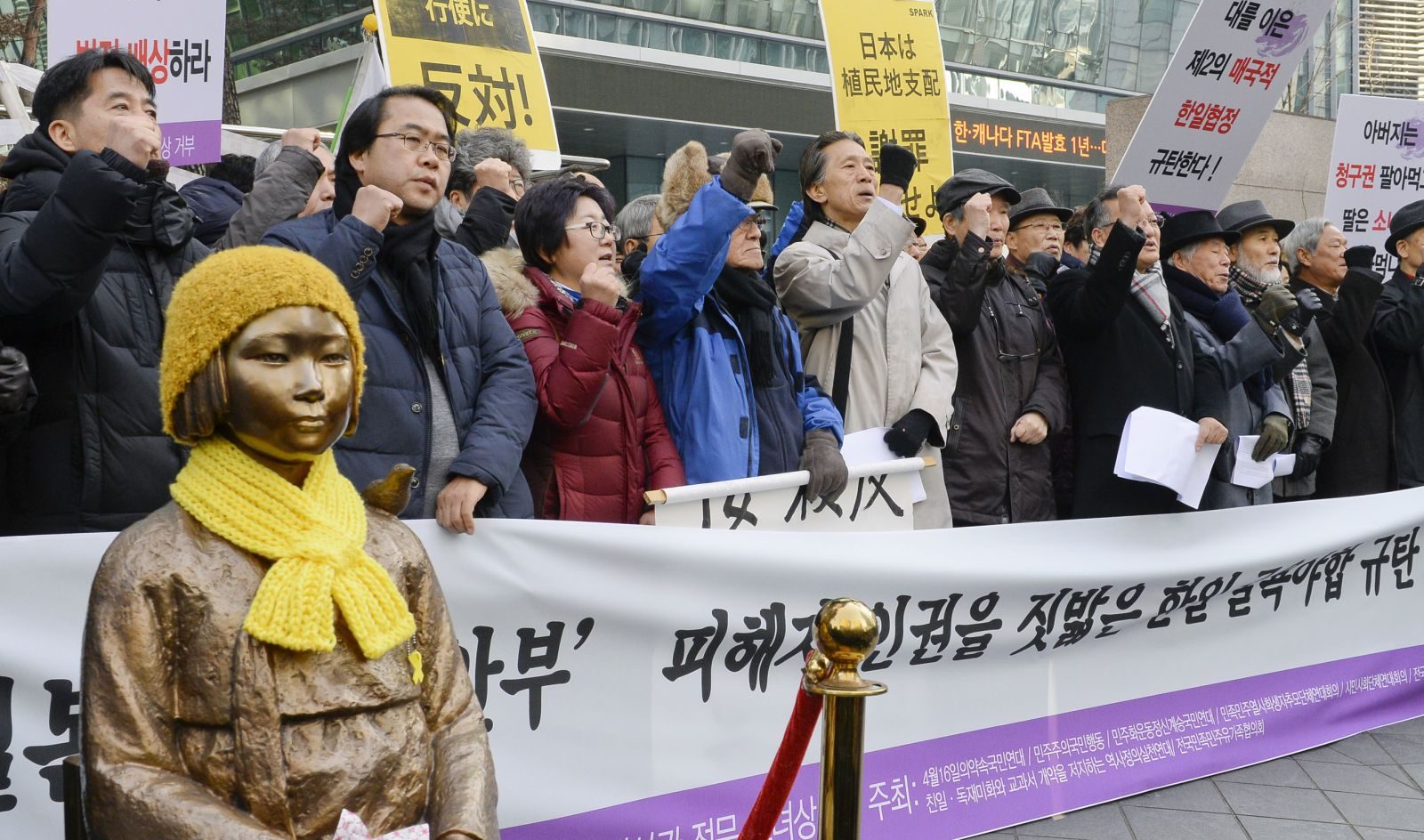 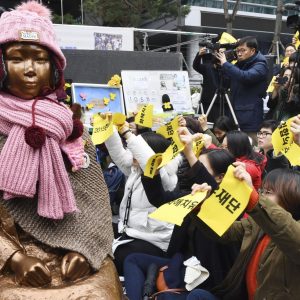 Trampling on a key bilateral accord, the South Korean government announced on November 21 that it would dissolve a foundation funded by Japan under the 2015 Japan-South Korea agreement to settle the war-era Korean “comfort women” issue.

Prime Minister Shinzo Abe’s reaction that same day was therefore to be expected. Criticizing the South Korean decision to shut down the foundation, he noted, “If international pledges are not honored, forging ties between countries is then bound to become impossible.”

The foundation, formally named the Reconciliation and Healing Foundation, was designed to provide support for those referred to as “comfort women” before and during World War II. The Japanese government provided funding in the amount of JPY1 billion (about USD8.85 million) to the South Korean government for the establishment of this core program under the 2015 Tokyo-Seoul bilateral agreement.

More than 70% of the surviving former comfort women have accepted cash relief offered through the foundation since its inception in 2016. The unilateral dissolution of the entity central to the accord is regarded as a grave breach of trust.

2015 Agreement Resolved the Issue With Finality

Ambassador Lee was cited as saying Seoul does not plan to “renegotiate or scrap” the bilateral agreement. Yet, we cannot help but observe that South Korean President Moon Jae-in’s administration has been repeatedly breaking its promises, giving the impression it is more inclined to abrogate the accord.

Both parties to the Tokyo-Seoul pact signed in December 2015 explicitly agreed that, by its terms, the comfort women issue is “resolved finally and irreversibly.”

Also, both sides to the agreement committed to “refraining from condemning and criticizing each other.”

President Moon has said repeatedly that he intends to “build a future-oriented Seoul-Tokyo relationship.” Yet, he habitually takes actions that erode the very foundation of the two countries’ bilateral ties.

South Korea pledged in the December 2015 agreement to endeavor to remove the hostile symbol “comfort women” statue in front of the Japanese embassy in Seoul — a promise which remains unfulfilled. It is also a blatant violation of international law, which stipulates the responsibility of the host country for guaranteeing the sanctity and dignity of foreign diplomatic missions.

Earlier this year Moon deviated from the 2015 bilateral agreement by designating August 14 as the “day for honoring former comfort women (comfort women commemoration day),” while launching what is called a “research institute of comfort women sexually exploited by the imperial Japanese army during World War II.”

A recent ruling by the South Korean Supreme Court that ordered a Japanese company to pay damages to a group of South Koreans who were allegedly “mobilized to serve as wartime labor” also disregarded facts as well as government-to-government promises between the two countries and undermines bilateral ties that were built over decades after the war.

President Moon Jae-in’s attempts to shirk responsibility for the ruling are indefensible as Moon himself handpicked the chief justice that handed down the decision.

The Japanese government must lodge a strong protest in the clearest possible terms against South Korea’s disregard for international agreements and anti-Japanese, history-twisting propaganda in all its forms, including the use of such terms as “forcibly taking [the wartime comfort women]” and “sex slavery.”

The 2015 Japan-South Korea agreement was reached with the aim of improving the bilateral ties amidst heightened concerns over East Asian security, including North Korea’s behavior. Given the lingering strained relations, however, it is nearly impossible to maintain a normal relationship between the two countries.

President Moon is urged to face up to reality and think seriously about what is in South Korea’s true national interest.