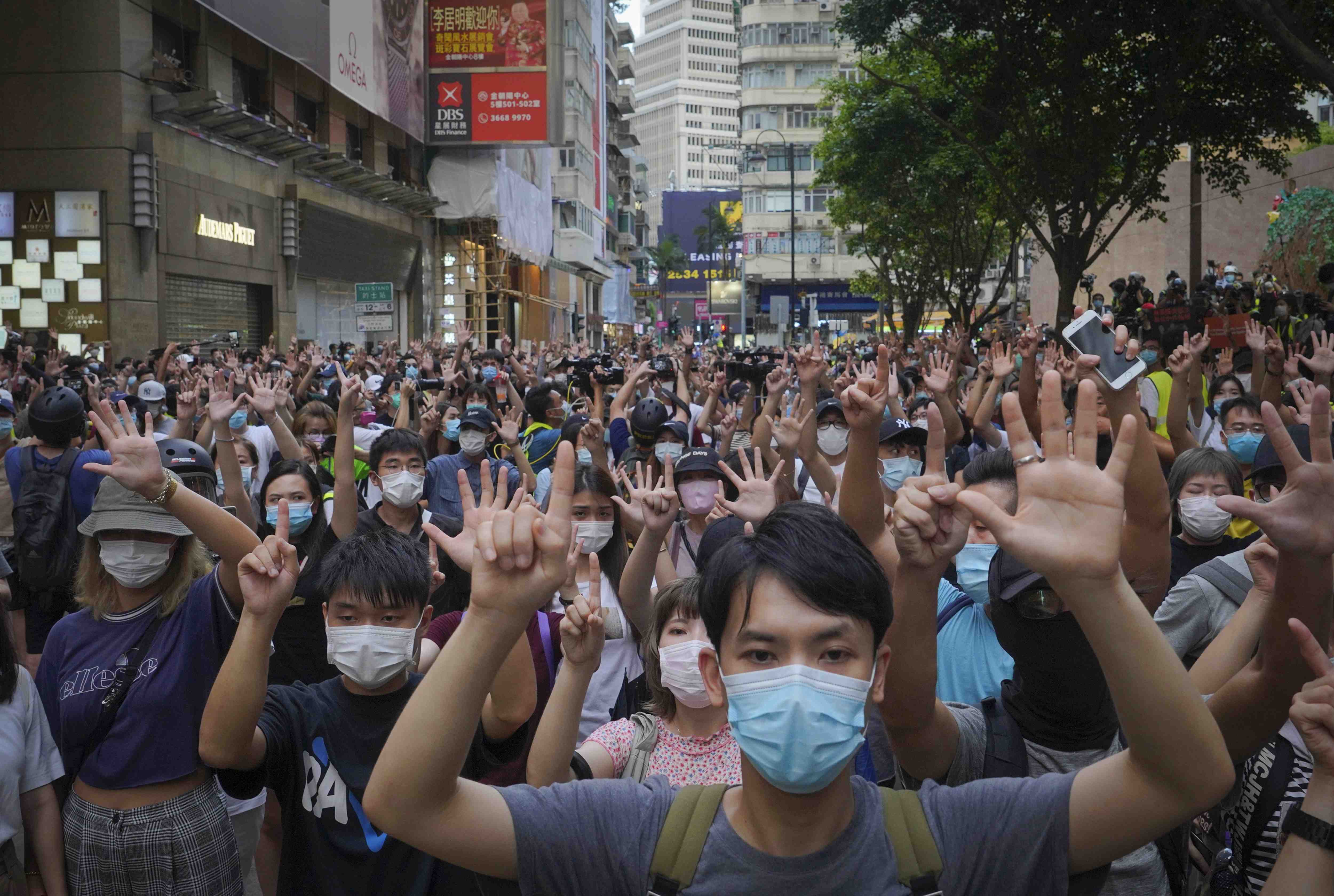 Late on the evening of Tuesday, June 30, the Standing Committee of China’s National People’s Congress unanimously passed and promulgated a draconian national security law designed to crack down on the democracy movement and other activities in Hong Kong deemed as anti-government by the Chinese communist rulers.

The law took effect on the morning of July 1, the 23rd anniversary of the return of control of Hong Kong to China by the British.

It is totally unacceptable that the new Hong Kong National Security Law has effectively dissolved the “one country, two systems” model and stripped the people of Hong Kong of their freedoms of speech, assembly, and the press. The regime led by Xi Jinping should be censured in no uncertain terms.

The law had been changed on June 20 to make it easier for units of the People’s Armed Police (PAP), a gendarmerie within China directly under the control of the Central Military Commission headed by Xi, to be dispatched to Hong Kong.

Accustomed as they have been to freedom and democracy, the citizens of Hong Kong now find themselves directly under the control of the dictatorship of the Communist Party of China. From now on, they will be subjected to a national security law like that which governs residents of the Chinese mainland.

The situation is so serious that there are worries that, under certain conditions, we could see bloody suppression of the Hong Kong population, like that which occurred during the 1989 Tiananmen Massacre.

Under the new law, an Office for Safeguarding National Security ー a branch office of the dreaded Chinese security authorities ー is to be established in the city. Its mission, no doubt, will be to take into custody democracy activists suspected of having violated the law, and possibly sending them to the mainland, where human rights conditions are deplorable.

These are not issues for the people of Hong Kong alone. It should not be forgotten that foreigners living and working in Hong Kong will also now be enmeshed in the net of China’s oppressive security apparatus.

On July 1, 1997, the British handed over control of Hong Kong to China. According to the joint declaration signed by the two governments in 1984, which had the force of an international treaty, Hong Kong was to enjoy a high degree of autonomy for 50 years from the time of the handover. In other words, Beijing promised that the former British colony’s “one country, two systems” status would remain unchanged during that period.

Now, only 23 years after the reversion, Beijing has unforgivably breached its solemn word and made a mockery of its international commitment. China’s communist rulers have lent a deaf ear to international public opinion, while their contention — that what they do in Hong Kong is purely an internal issue — is totally unpersuasive.

The local government in Hong Kong led by Chief Executive Carrie Lam continues to dance to Beijing’s tune and has banned protest demonstrations planned by pro-democracy groups to mark the day of the handover.

Members of the international community must condemn the new national security law and stand in solidarity with the people of Hong Kong. They must press for the law to be rescinded, or at the very least for its enforcement to be frozen.

Japan’s Chief Cabinet Secretary Yoshihide Suga criticized the adoption of the Hong Kong Security Law, saying that “it undermines the trust of the international community in the ‘one country, two systems’ principle.”

These criticisms are more than justified. Nevertheless, we can hardly expect that they will be enough to make Beijing change its mind. Instead, Japan should work closely with the United States, Great Britain, and other free nations to impose sanctions on China.